A terricolous calciphilous taxon with circumpolar, respectively bipolar distribution, forming a rather conspicuous grey-white thallus with contrasting black-fruiting bodies. These contain conspicuous green pigments in the epihymenium, have brown hypothecium and relatively narrow, sparsely septate, worm-shaped ascospores. Most often, the species overgrows bryophytes, humus and plant debris on limestones and sometimes also on calcareous silicates. Although the taxon is sometimes listed as an arctic-alpine to boreo-montane (Nimis et al. 2018), in the Czech Republic, it prefers lower elevations and only rarely ascends mountains. It is a light-demanding species, but in exposed localities it prefers rather protected and slightly shaded microhabitats. It occurs mainly in naturally forestless rocky areas, in open relic forests on rocks, and also on places of anthropogenic origin (e.g. limestone quarries, buildings' remnants). It is locally distributed, common mainly in limestone areas. On the other hand, it may be completely absent in some larger regions. 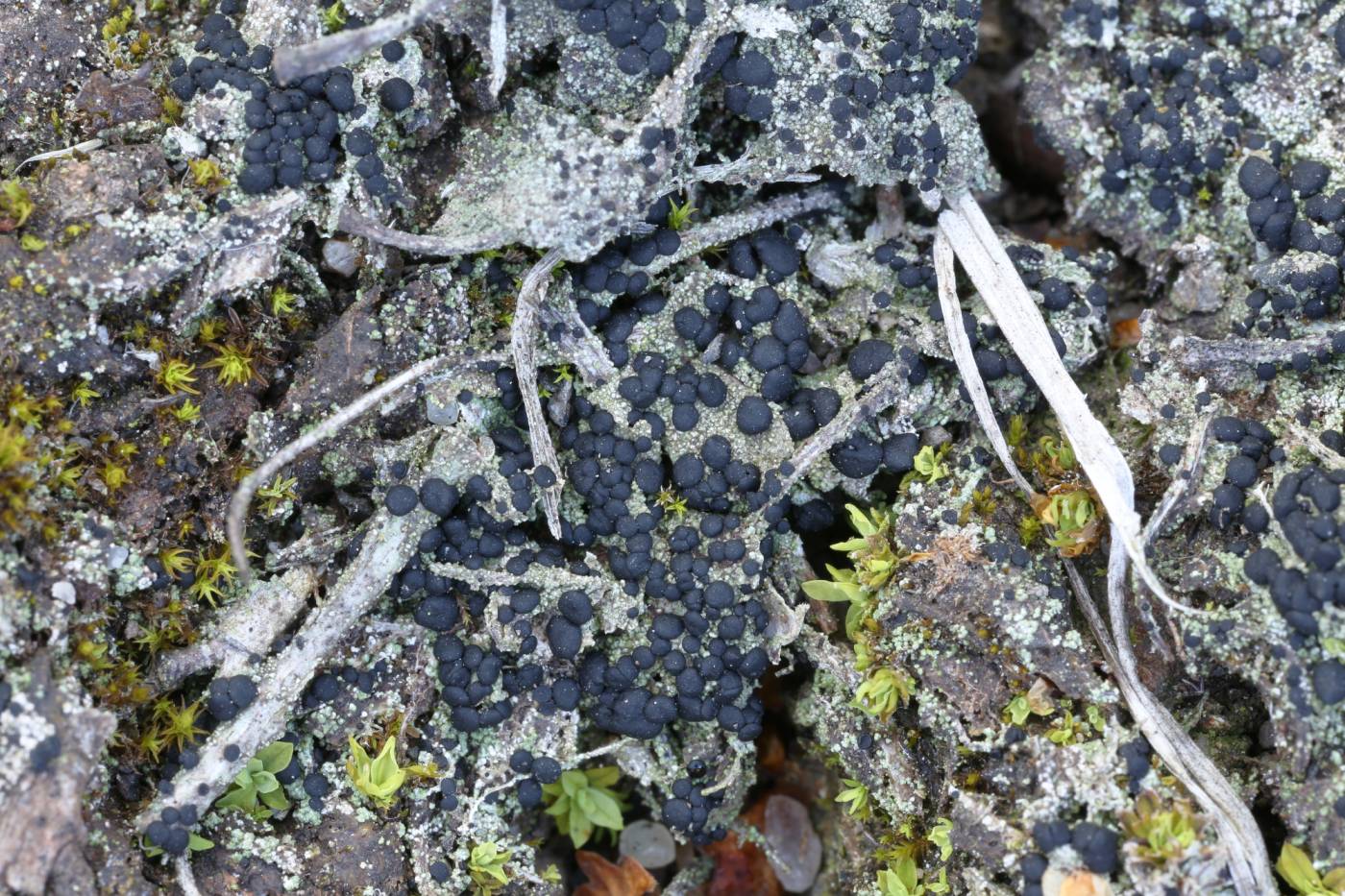 All records: 56, confirmed 47. One click on a selected square displays particular record(s), including their source(s).