Acarospora sphaerosperma grows in full sun or half shade at elevations below 500 m on dolomite, limestone, marlite, chert, speculate, and opuka, a calcareous sedimentary sandstone in the Czech Republic. It was described from North America but is only known in Europe from central and northwestern Bohemia, where it is rare.

The species is typical of the genus Trimmatothelopsis. It has the globose apothecia with a hymenium 170–200 μm high, thin paraphyses (1 μm wide), inconspicuous brown discs up to 0.3 mm wide, and conidia 4–5 × 1–1.5 μm. It has spherical ascospores 7–10(–12) μm wide. The white areoles are usually less than 0.4 mm wide. It has been mistaken for a Thelocarpon or possible morphotype of A. murorum, which does not occur in the Czech Republic. 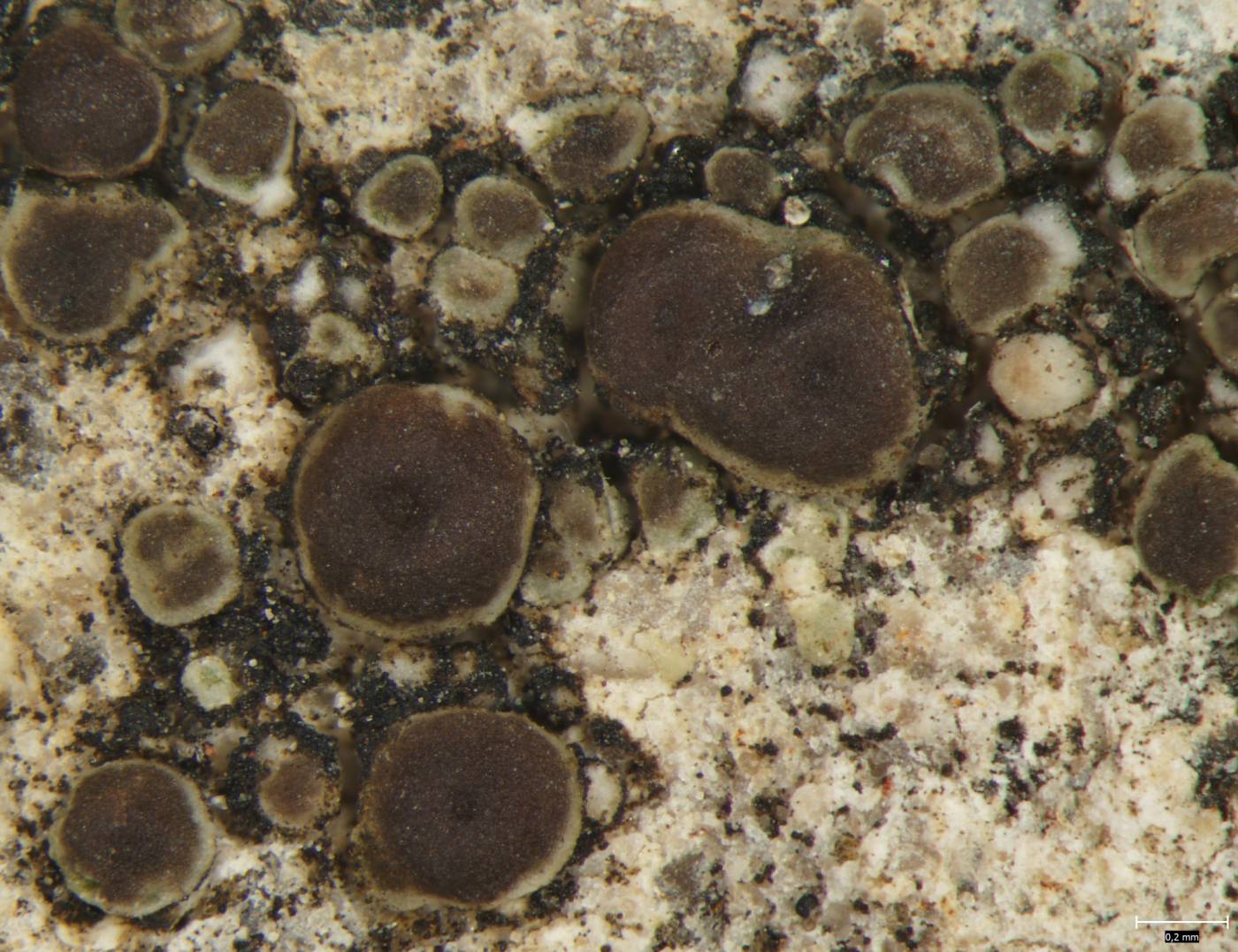 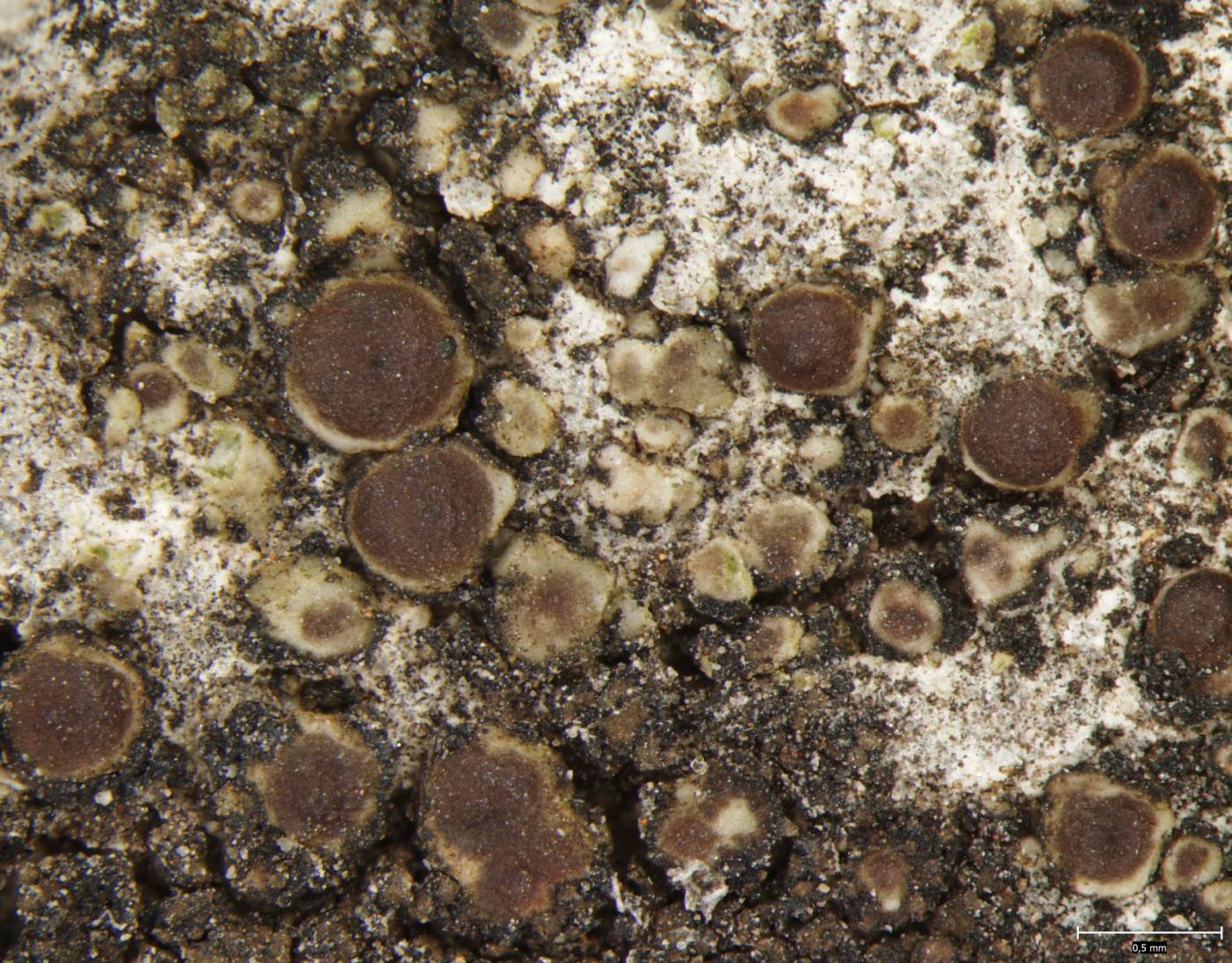 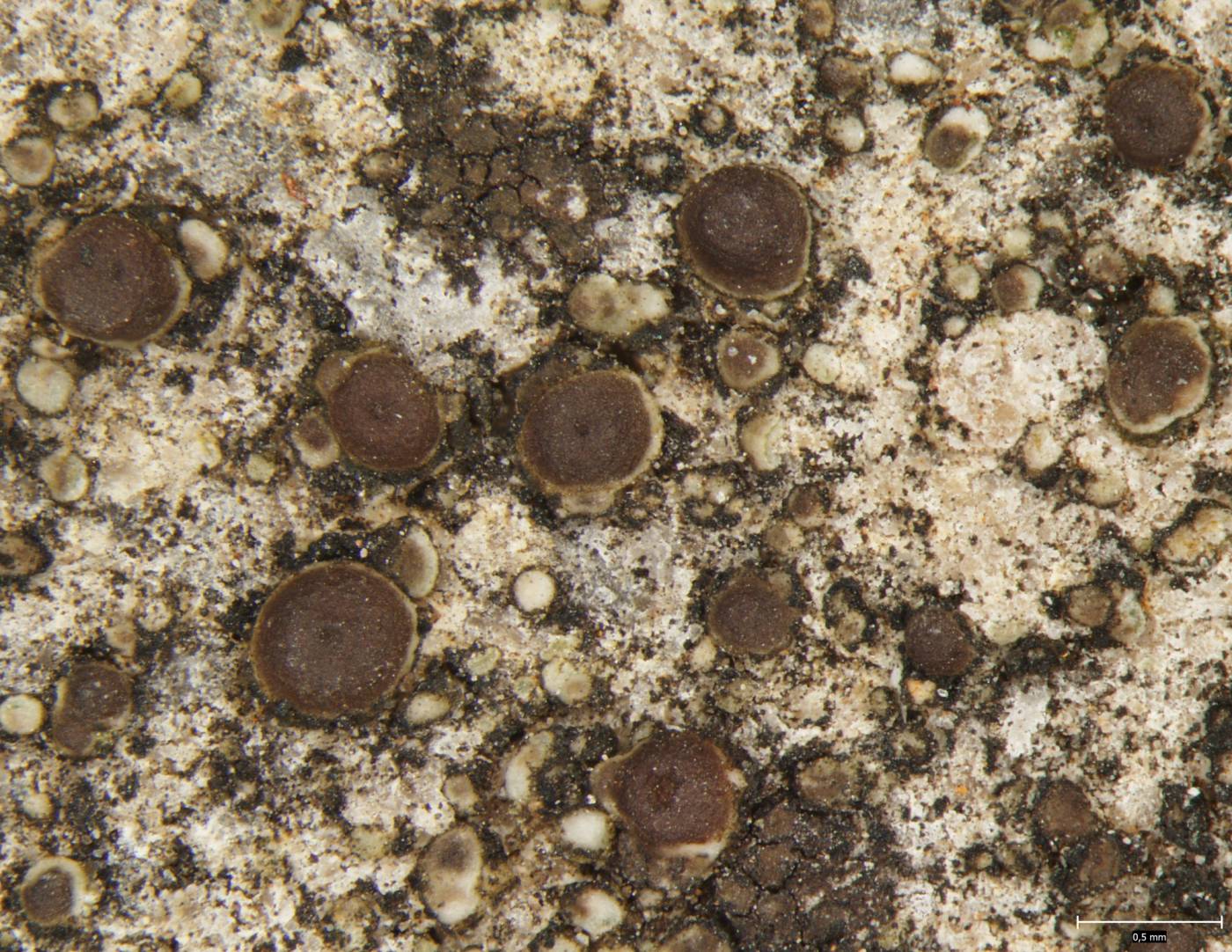 All records: 5, confirmed 5. One click on a selected square displays particular record(s), including their source(s).