A species rarely fertile, recognisable by its conspicuous black pycnidia, often white-covered, made up of a mass of conidia and remnants of a desiccated jelly. The dark greyish to green thallus contains argopsin (Pd+ red reaction) and is usually bordered by a distinct light-coloured prothallus. The species is most commonly found on shady and moist, often overhanging siliceous rocks and stones. It may occur also around watercourses and sometimes as an epiphyte at bases of old deciduous trees in moist habitats. Most records come from river valleys, where it may be seen in the splash zone. Aquacidia trachona can also be found in shaded screes or in places of anthropogenic origin, such as shaded stone walls in woodland. The lichen often grows on mineral-rich siliceous substrates, including vulcanites. It is a suboceanic species, scattered from the lowlands to lower mountains.

Until recently, this lichen used to be associated with the unrelated Bacidia coprodes. The latter resembles A. trachona mainly by the darkly pigmented hypothecia, ascospores, the frequent presence of pycnidia and also by its usual occurrence on shaded and moist rocks. Bacidia coprodes differs, however, in several morphological characteristics and by its occurrence on calcareous rocks in mountains (see this taxon for more information). 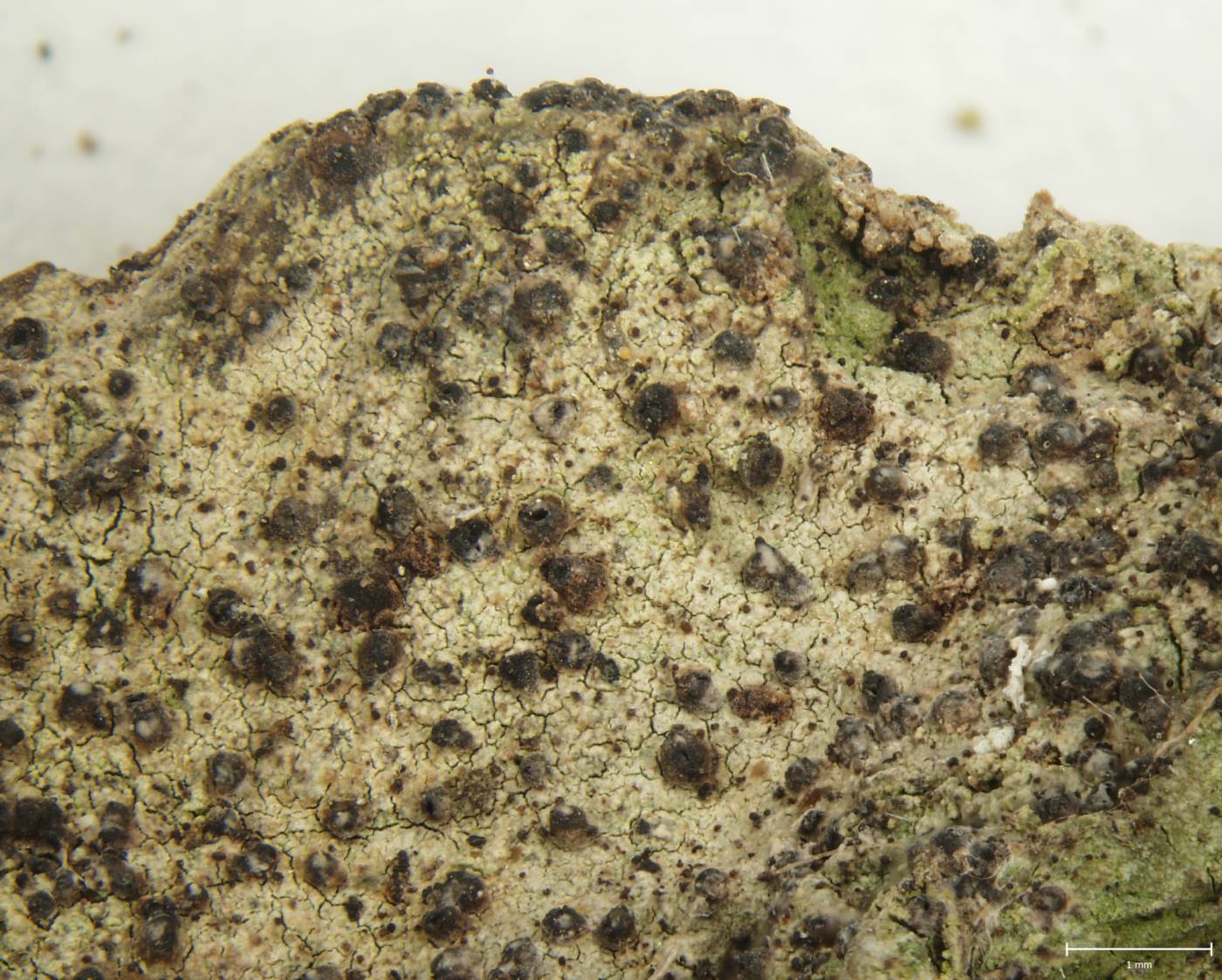 All records: 68, confirmed 66. One click on a selected square displays particular record(s), including their source(s).