A sorediate, always sterile lichen from the family Verrucariaceae. It macroscopically resembles unrelated species from the genus Lepraria, but differs in the relatively thick, richly branched hyphae. Furthermore, it differs chemically in the presence of terpenoids. Besides the commonly produced zeorin, the species produces a specific metabolite called lesdainin. Botryolepraria lesdainii is due to its grey-greenish delicate cottony and relatively thick thallus that may be easily removed from the substrate relatively well recognisable also in the field.

The species usually occurs in shaded crevices of calcareous rocks, under overhangs and between stones. Sometimes it also passes onto soil, bryophytes or humus. The lichen is relatively common in regions with calcareous bedrock, but rather overlooked due to its hidden occurrence. The species seeks for humid, shaded microhabitats and is a relatively reliable indicator of calcareous substances in siliceous rocks (e.g. sandstones). Its occurrence in anthropogenetic habitats, such as castle ruins, old walls etc., is not an exception. 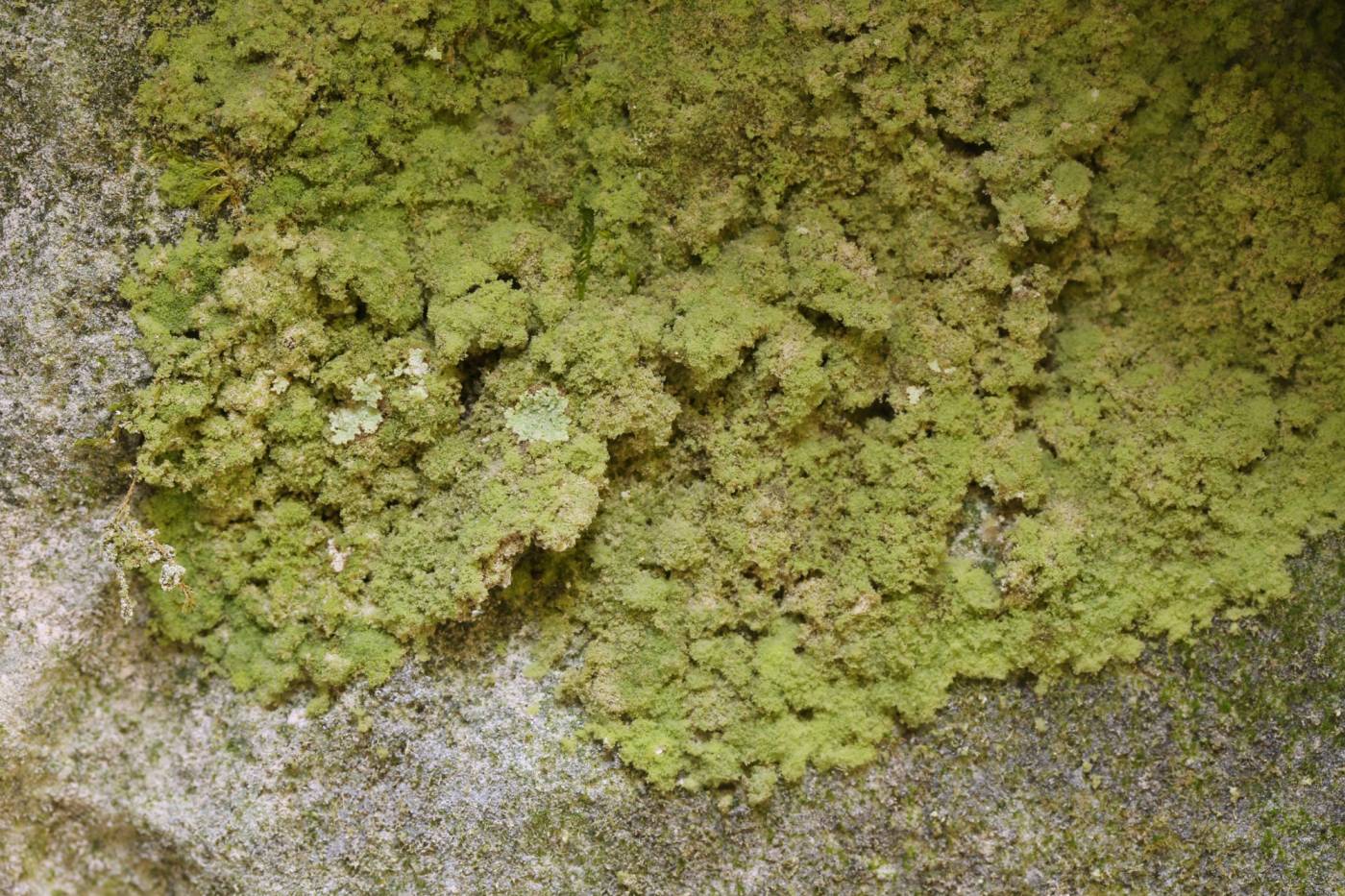 All records: 115, confirmed 55. One click on a selected square displays particular record(s), including their source(s).