A Calicium species characterised by a brown apothecia stalk (usually not entirely black as those of similar species), epruinose margin of fruiting bodies and inconspicuous thallus submersed in the substrate. It can be easily confused with the atypical epruinose forms of C. glaucellum. However, on a microscopic level it can be securely distinguished. Calicium abietinum is a typical lignicolous species, specialised to hard, slowly decaying wood of trees (mainly oaks). It usually occurs in dryer habitats in the relic forest types. In the Northern Europe, most often it can be found on worked timber (e.g. on fences) in the cultural landscape. It is a subcosmopolitan species, though in Europe it is distributed mainly across the temperate and hemiboreal zone and belongs to the rarer members of the genus (Tibell 1999). There are several reports of its occurrence in the Czech Republic from the 19th and the first half of the 20th century. Unfortunately, many of them may in fact refer to the common C. glaucellum. This assumption is supported also by the C. abietinum species concept by J. Nádvorník, who mentions for example the white pruina on the fruiting bodies (Nádvorník 1940, 1942). Since the half of the 20th century, the species had been missing in the country and was rediscovered relatively recently on the wood of fir (Vondrák et al. 2006). Since then, it has been recorded also on hard wood of logs, and on exposed trunk bases of old Quercus petraea trees at the locality Týřov in the Křivoklát Region.

A similar species, C. denigratum, with partly overlapping ecological requirements (hard wood, open habitats) may theoretically be expected to occur on raised bogs of our highest mountains. It is a typical boreal-montane element, surely known from central Europe only from the Alps. It differs from C. abietinum by the subtler and taller apothecia with a prominent black stalk and in the ascospore character. 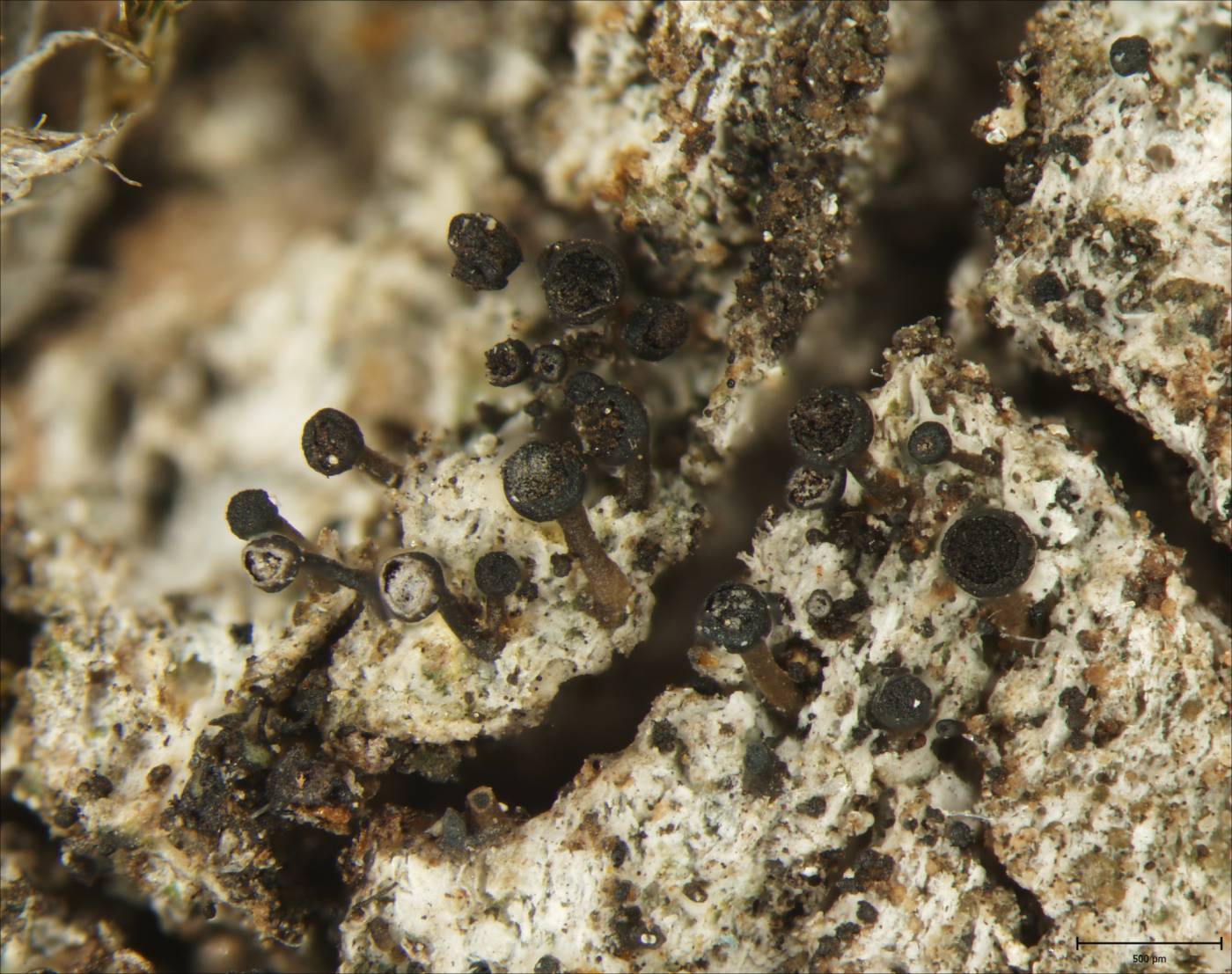 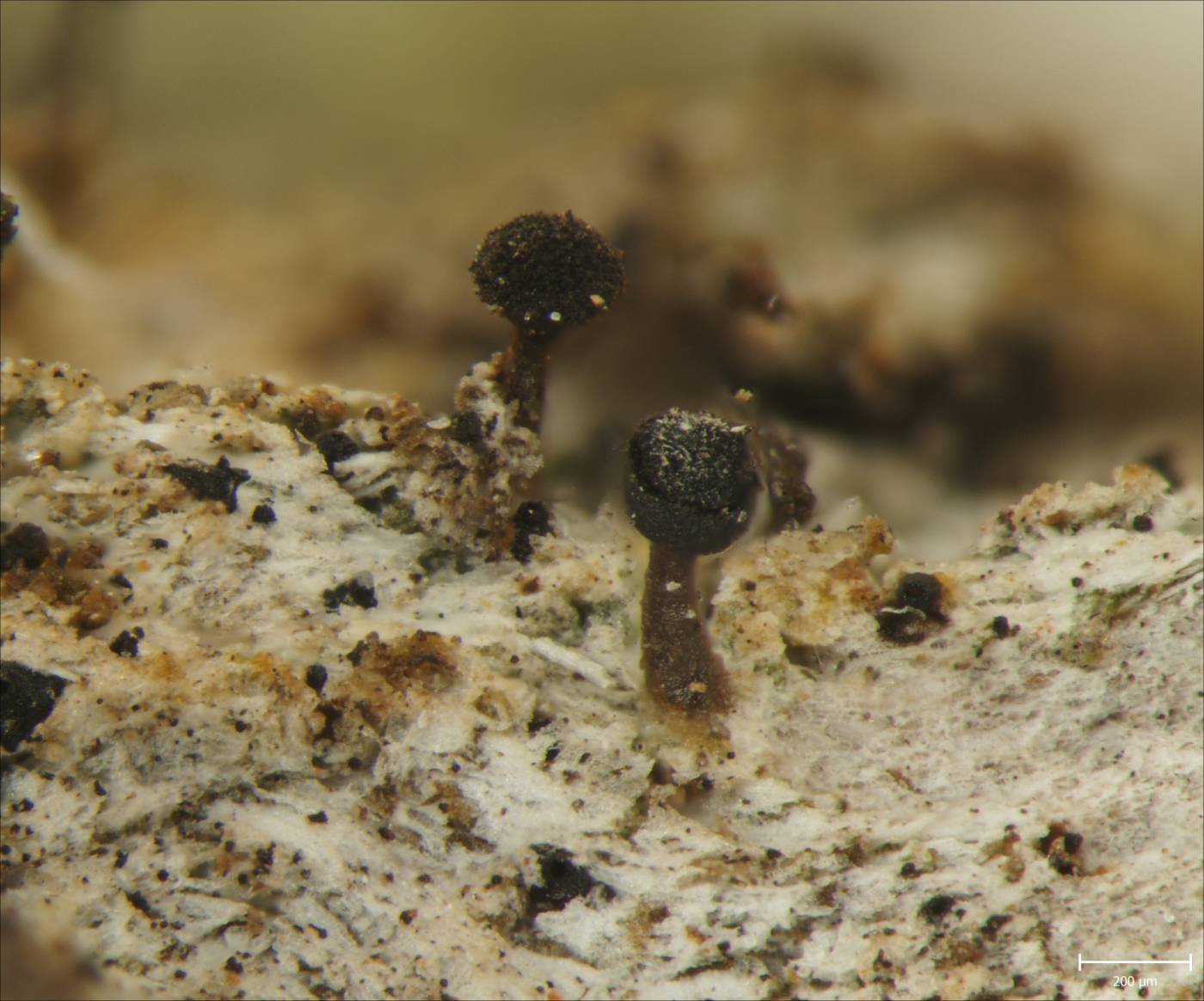 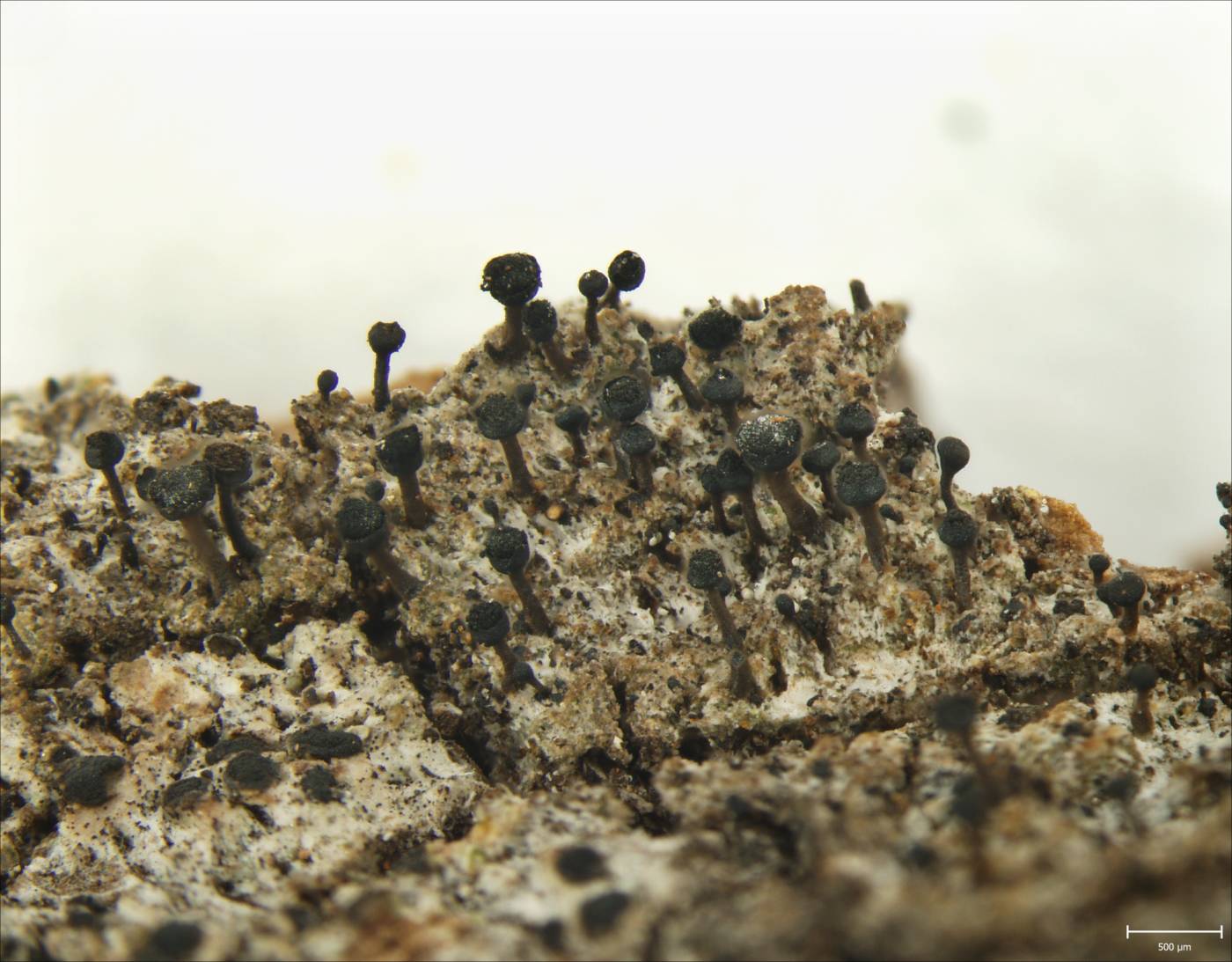 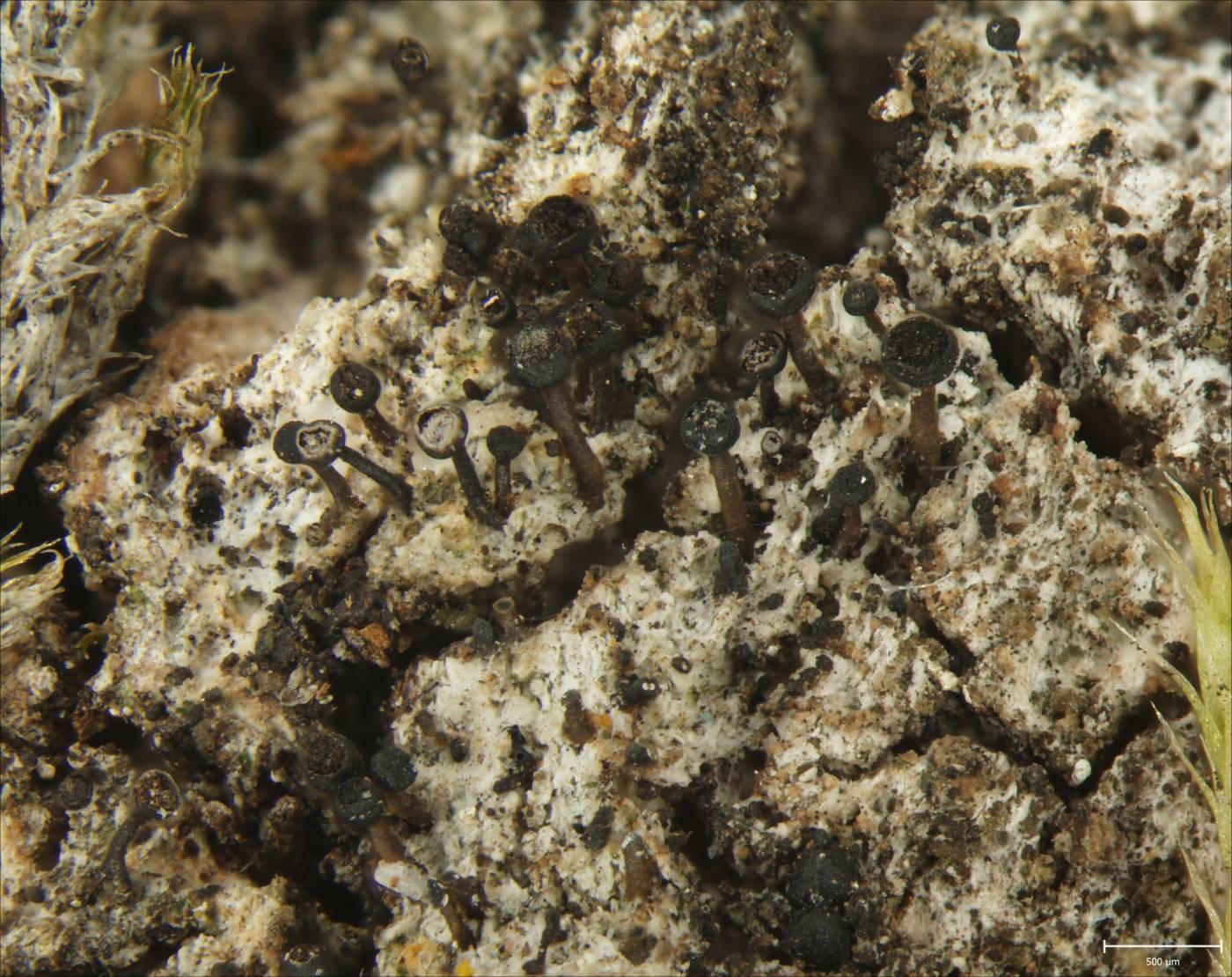 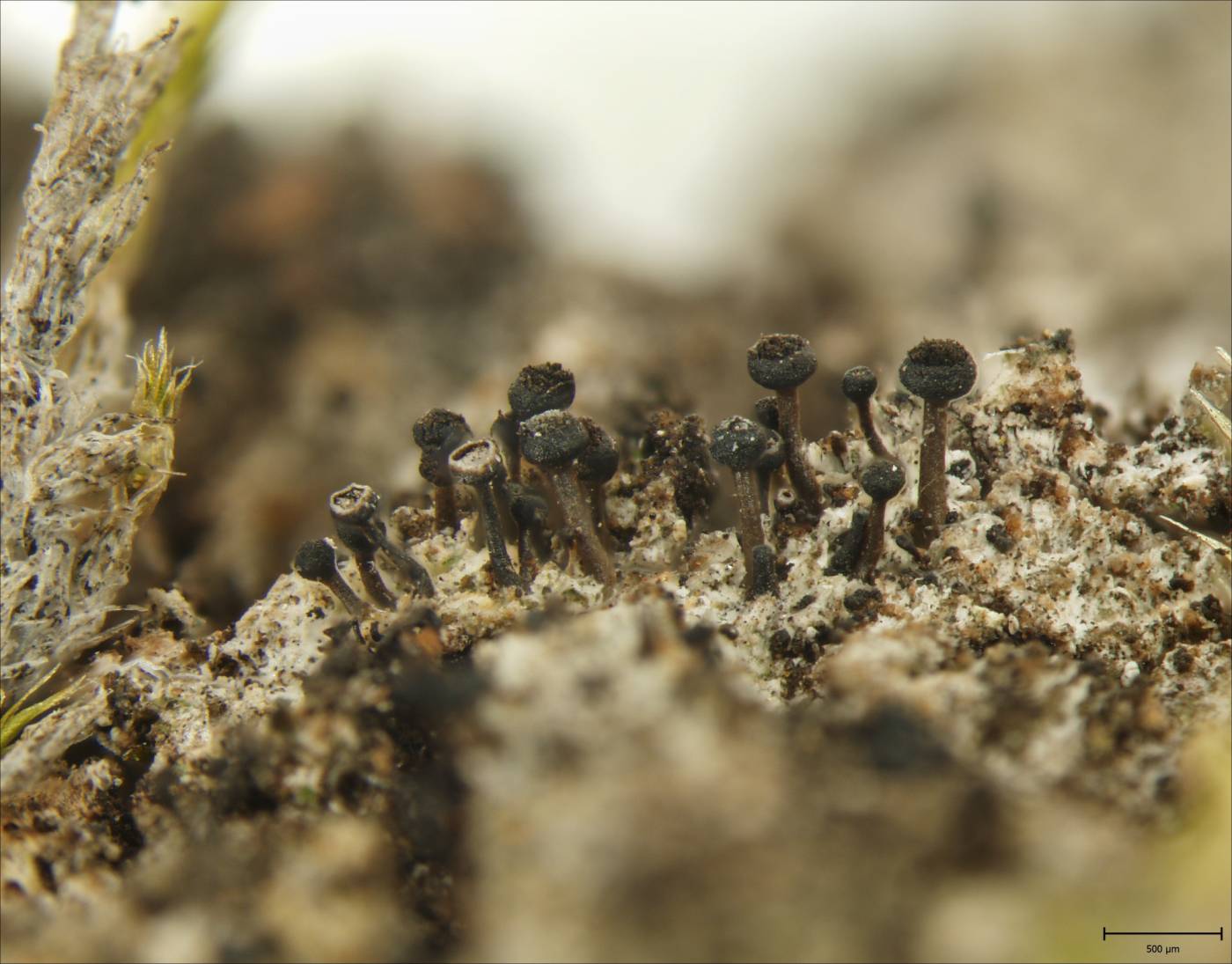 All records: 11, confirmed 3. One click on a selected square displays particular record(s), including their source(s).