A lichen with an immersed thallus and non-pruinose fruiting bodies, sometimes hard to distinguish in the field from the more common C. xyloxena. However, the two species may be safely identified by the photobiont, as in C. brunneola it is a coccal green alga from the genus Symbiochloris (formerly Dictyochloropsis), whereas the photobiont of C. xyloxena belongs to the genus Stichococcus.

The species usually grows on a relatively soft, decaying wood of snags and stumps of conifers and some deciduous trees (e.g. oaks). Rarely, it may occur directly on an acidic bark. Chaenotheca brunneola (in the current taxonomical concept) has been recorded throughout most of the continents. The species is sparse both in central Europe and in the Czech Republic, recorded mainly in old forests and in shaded woody valleys in submountain and mountain areas.

The morphologically very similar C. obscura (G. Merr.) Nádv. (see Selva & McMullin 2020 for more details), which has been recently described from North America as C. balsamconensis (Allen & McMullin 2015), may theoretically occur also in central Europe. Lately, this closely related taxon has been found also in Estonia (Suija et al. 2016, as Chaenotheca sp.) and Sweden (Westberg et al. 2021, as C. balsamconensis). This lichen is ecologically closely linked to old or dead fruiting bodies of the polypore-like fungi from the Trichaptum genus. 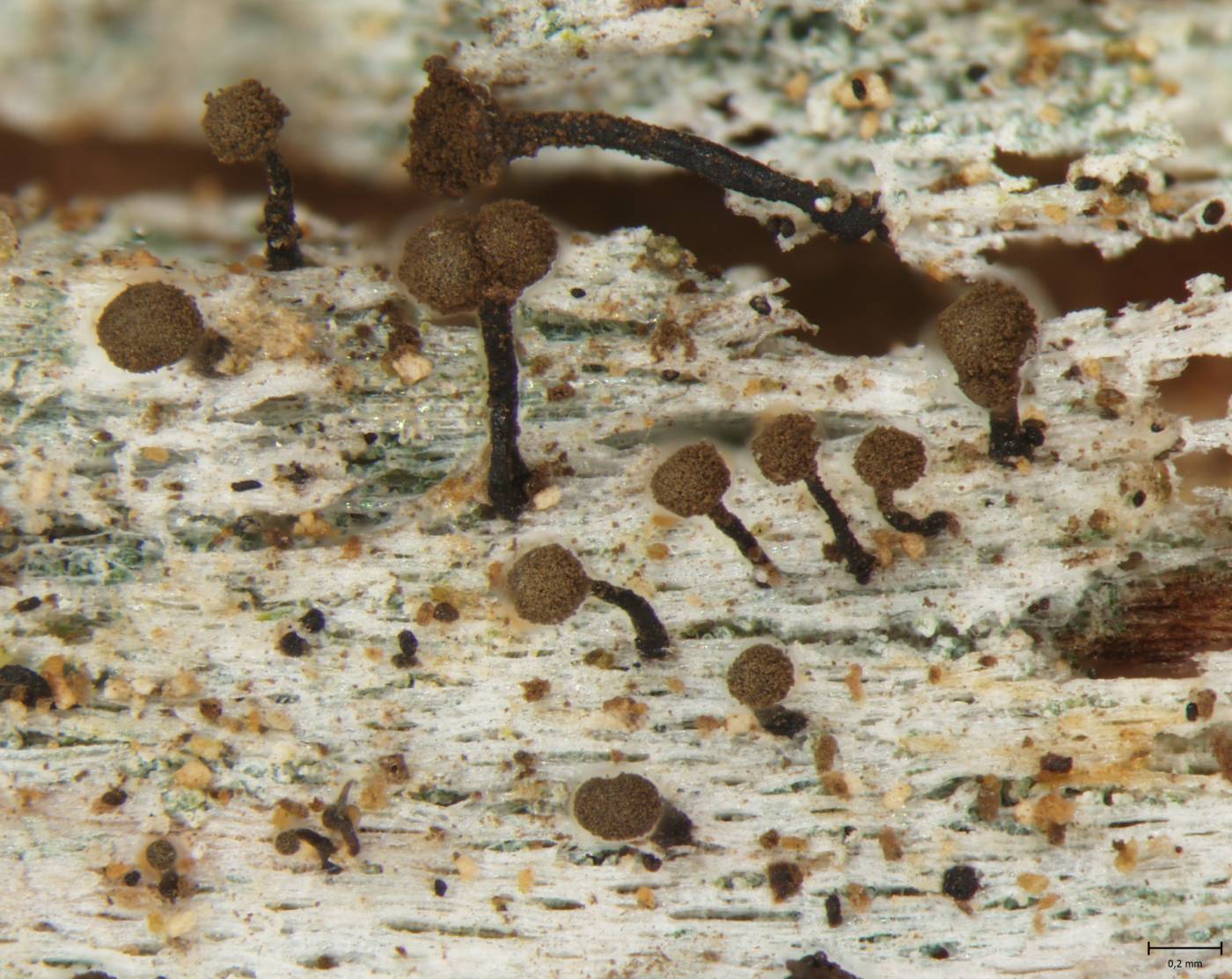 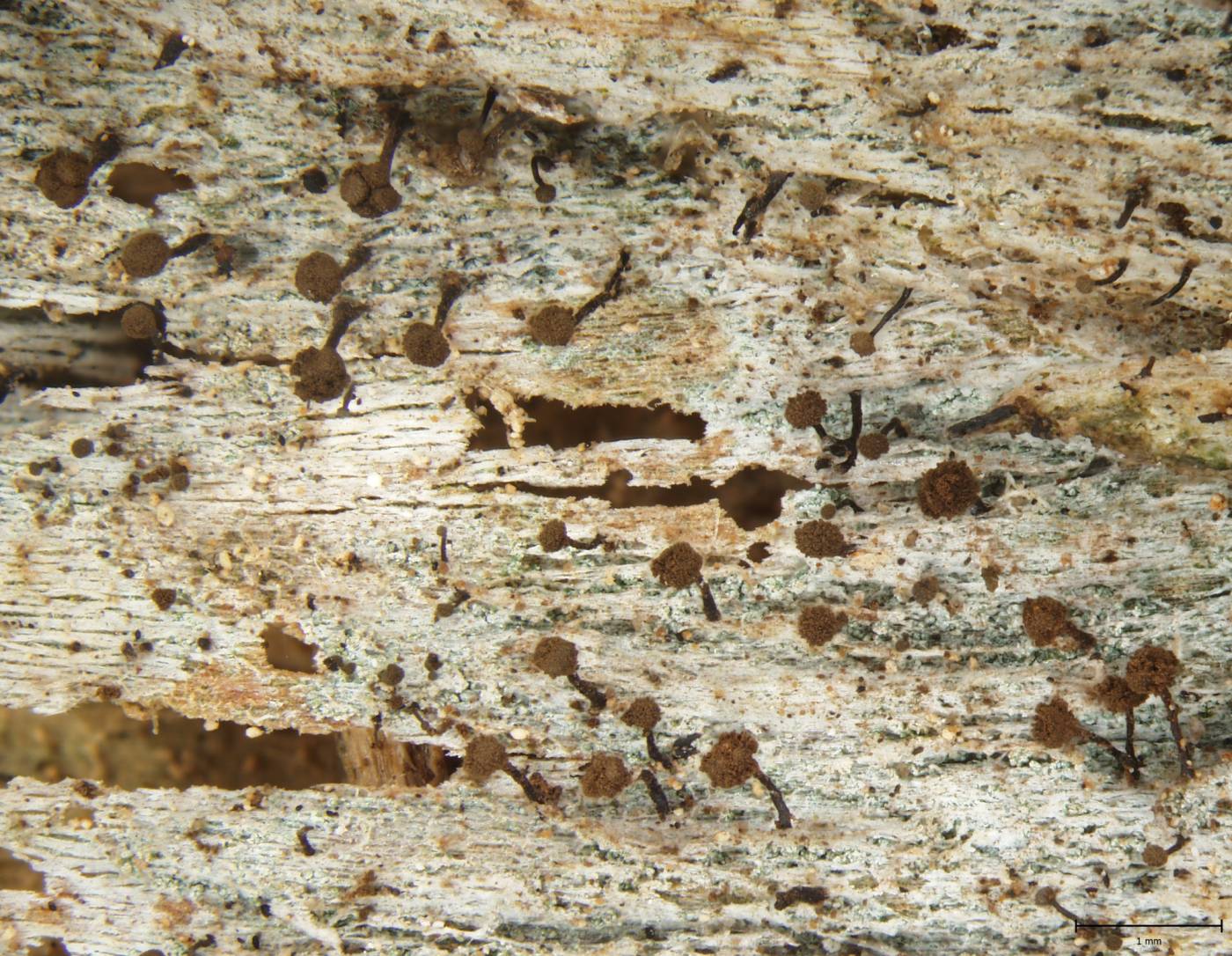 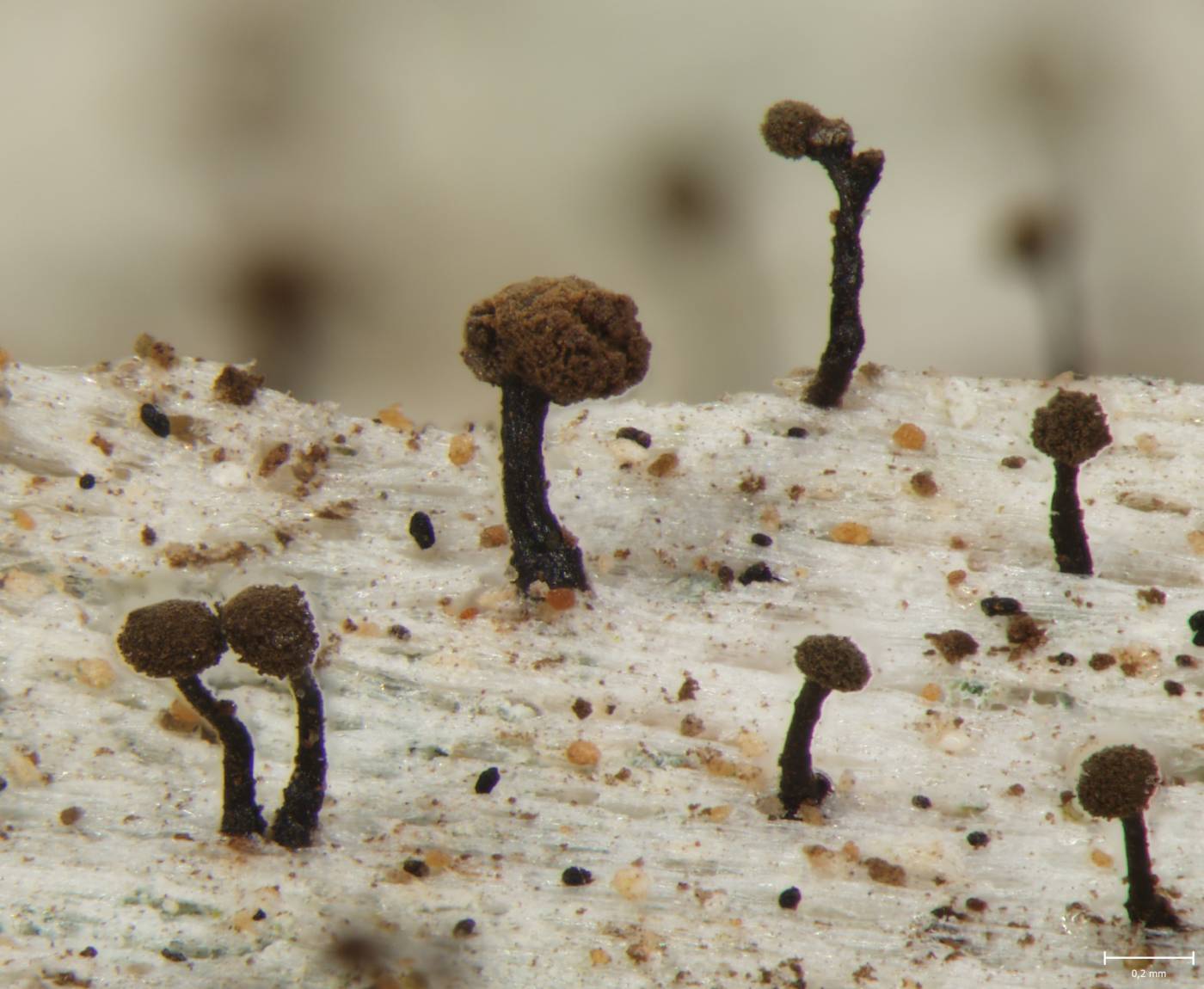 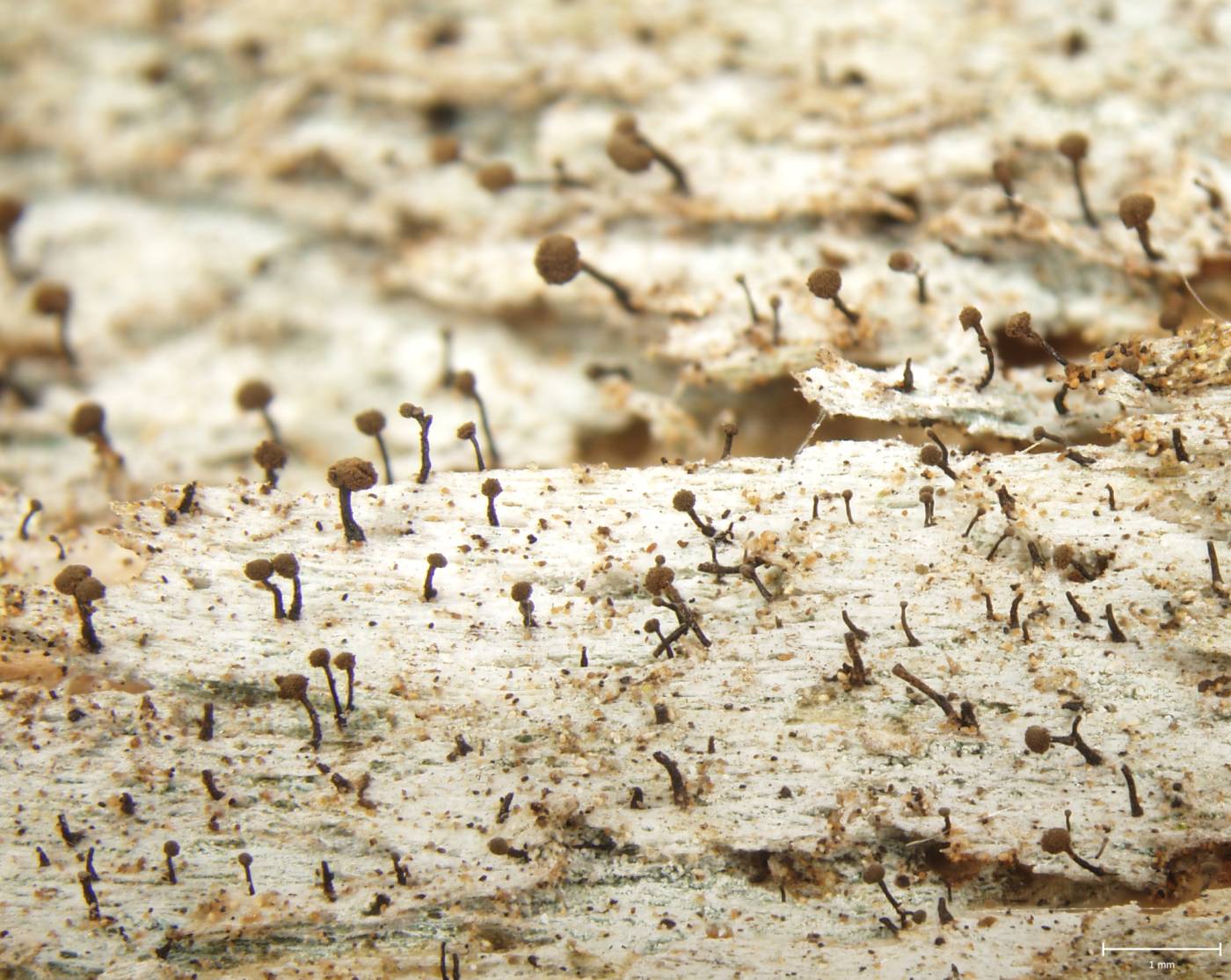 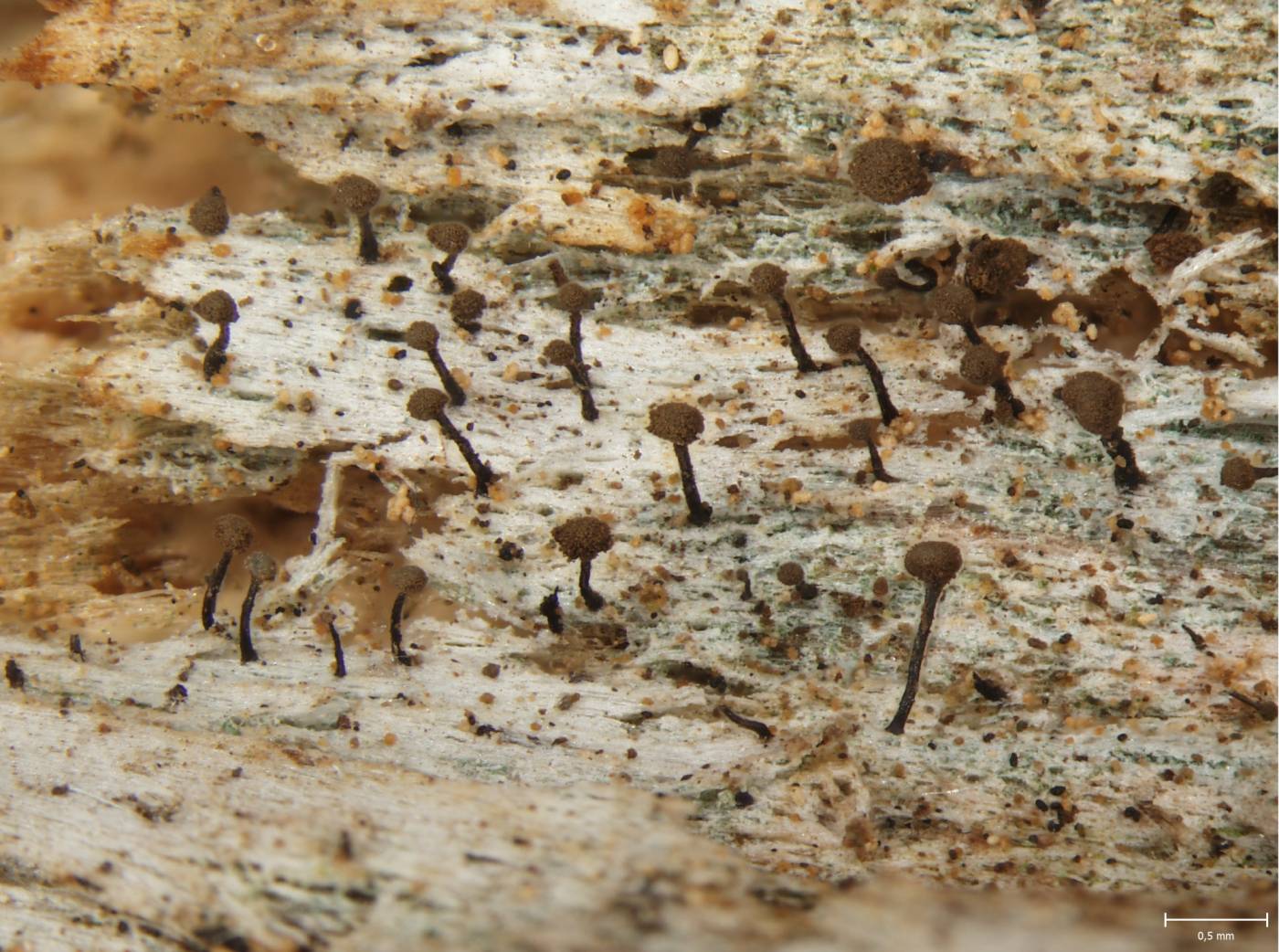 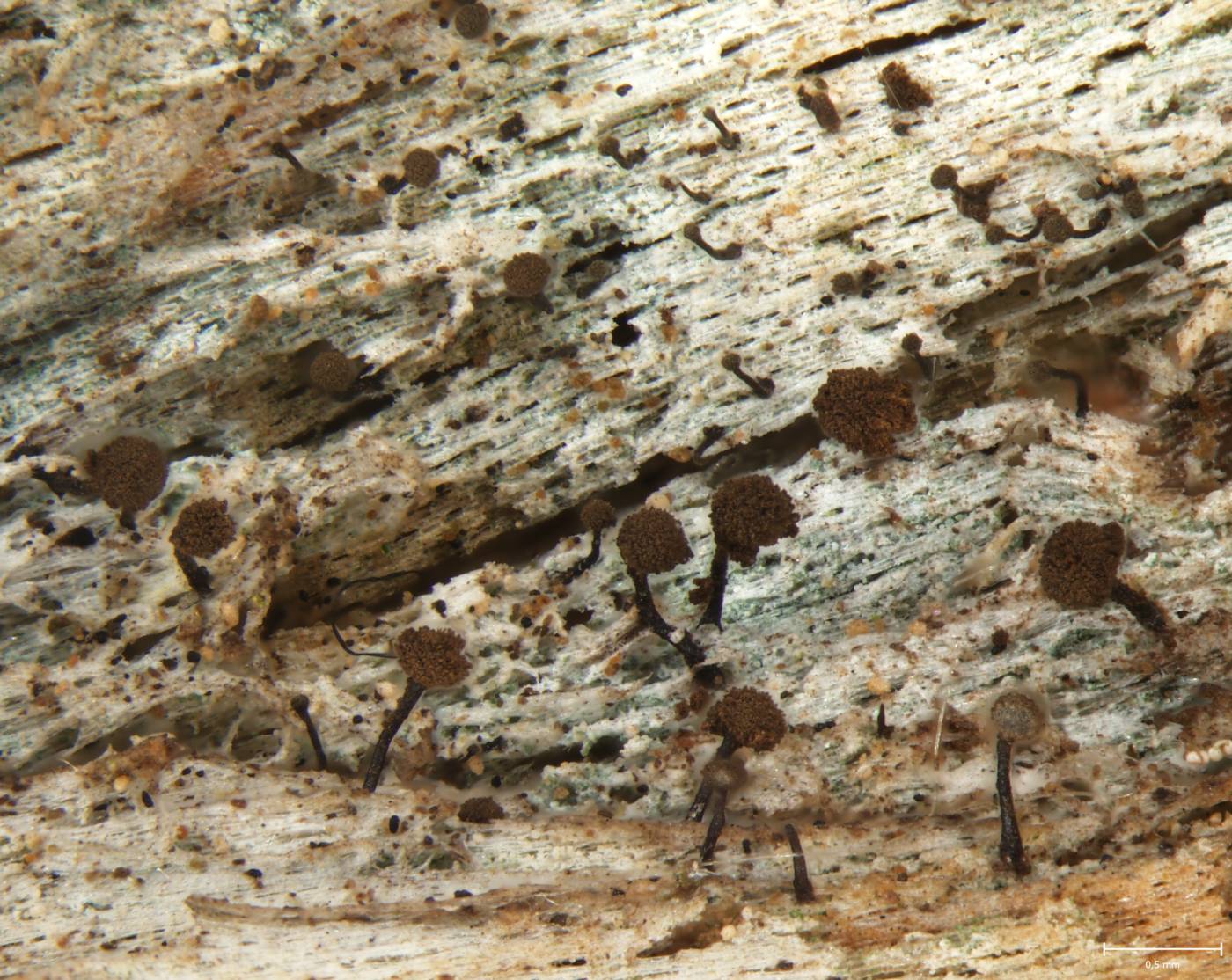 All records: 200, confirmed 151. One click on a selected square displays particular record(s), including their source(s).