A lichen forming typical thick grey-white sorediate cushions, often with a purple or pink tinge. At first look, it may resemble members of the genus Lepraria, which, however, rarely form thallus cushions and do not contain Trentepohlia algae.

Dendrographa latebrarum grows on acidic siliceous and volcanic rocks, usually on overhanging to vertical surfaces protected from rain. However, it has also been reported from bark of old oaks and beeches (Wirth et al. 2013). The species prefers microclimatically humid habitats, therefore most of its Czech localities are situated in river valleys or forest stands. In Central Europe and the Czech Republic, it is a widespread but rather sparse to rare lichen. 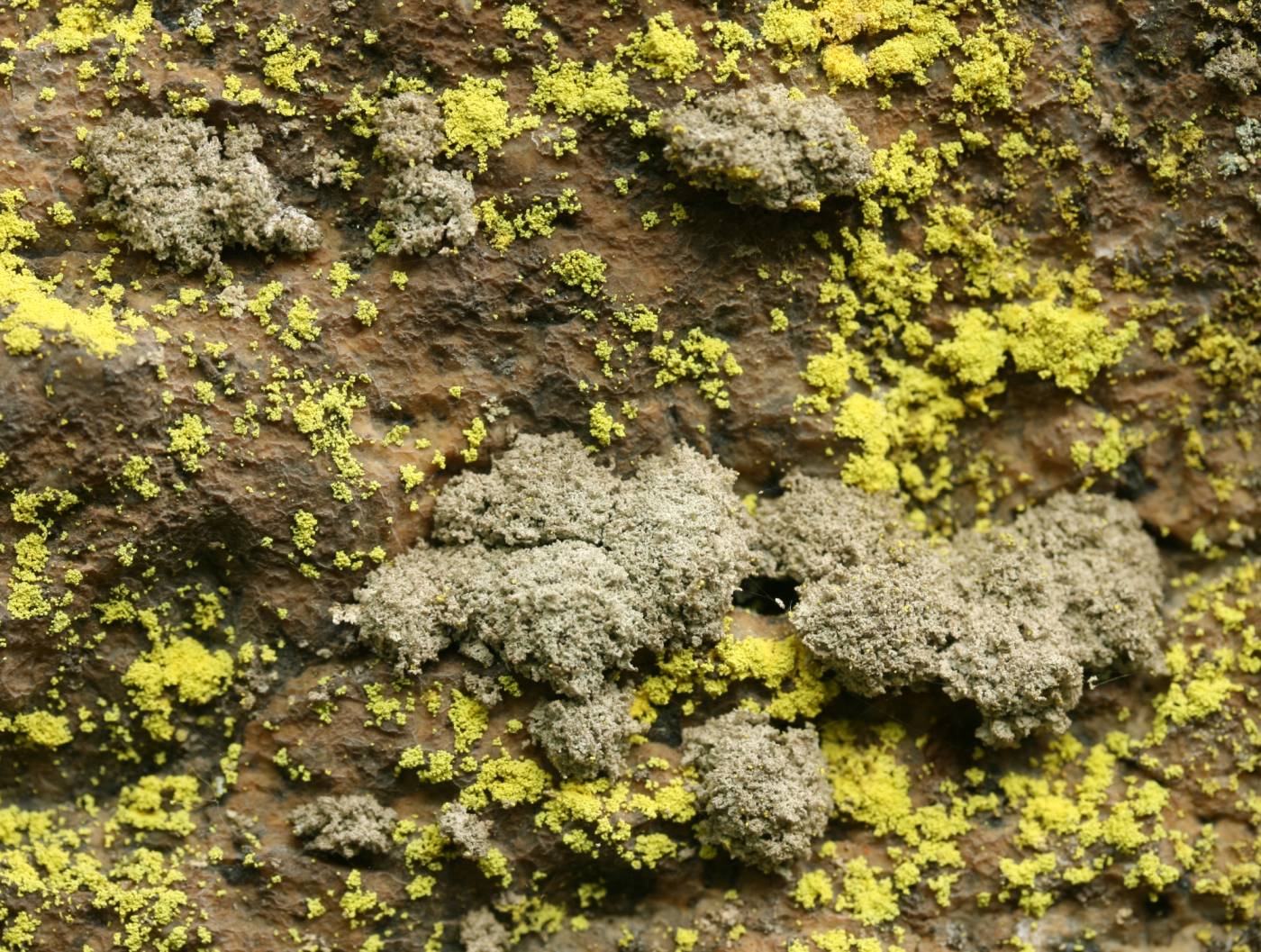 All records: 44, confirmed 37. One click on a selected square displays particular record(s), including their source(s).