A tiny, brown, usually sterile, squamulose, bluish-grey lichen, forming compact cushions usually among bryophytes or on bare soil. The squamules are typically white at margin and often covered by small adventitious finger-like lobes (lobules; see Jørgensen 1978). The lichen is better recognisable in herbarium, as over time, small needle-like crystals indicating the presence of terpenoids usually appear on squamule surfaces. In addition to mosses and soil, this species sporadically grows directly on rocks. Exceptional is the occurrence on bryophytes at tree bases and on decaying wood. The species is linked to calcareous substrates in humid habitats, where it often grows accompanied by calciphilous bryophytes.

Fuscopannaria praetermissa is an arctic-alpine species, widespread in the northern hemisphere. In Central Europe, it is more abundant only in the Alps. In the Czech Republic, it is reliably known only from the Velká kotlina glacial cirque in the Hrubý Jeseník Mts, where it still occurs as an epibryophyte and terricole in the crevices of calcareous phyllites. There is more data related to this species in the Catalogue of Lichens of the Czech Republic (Vězda & Liška 1999). However, two of them no longer relate to our country, but to the Polish side of the Krkonoše Mts and the Vysoké Tatry Mts. In the Polish part of the Krkonoše Mts, the species has repeatedly been recorded on basalts in the Malá sněžná jáma glacial cirque. The data from the Libochůvka valley near Tišnov (Suza 1944) is actually, according to the ecology and low elevation, a confusion with another cyanolichen. 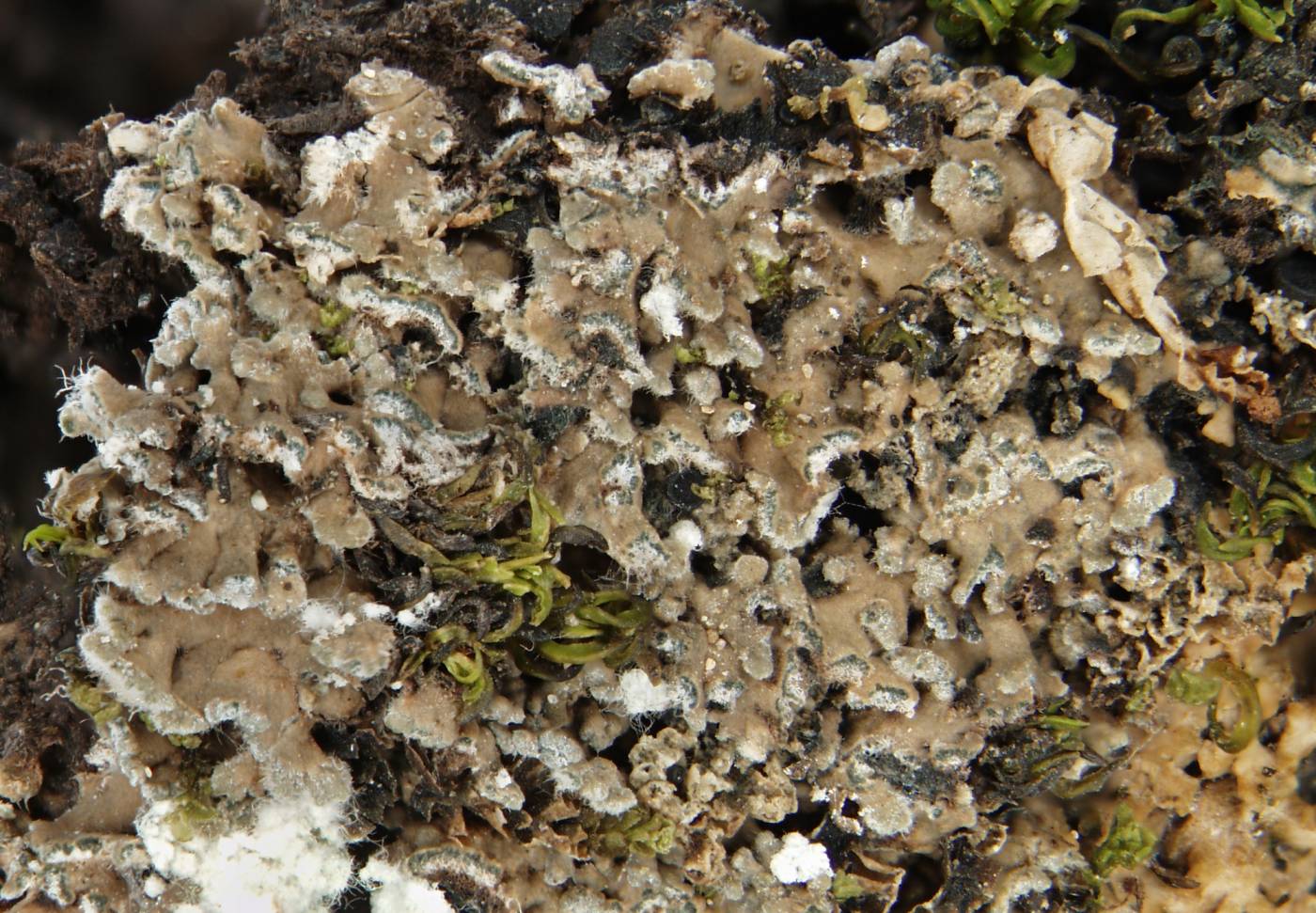 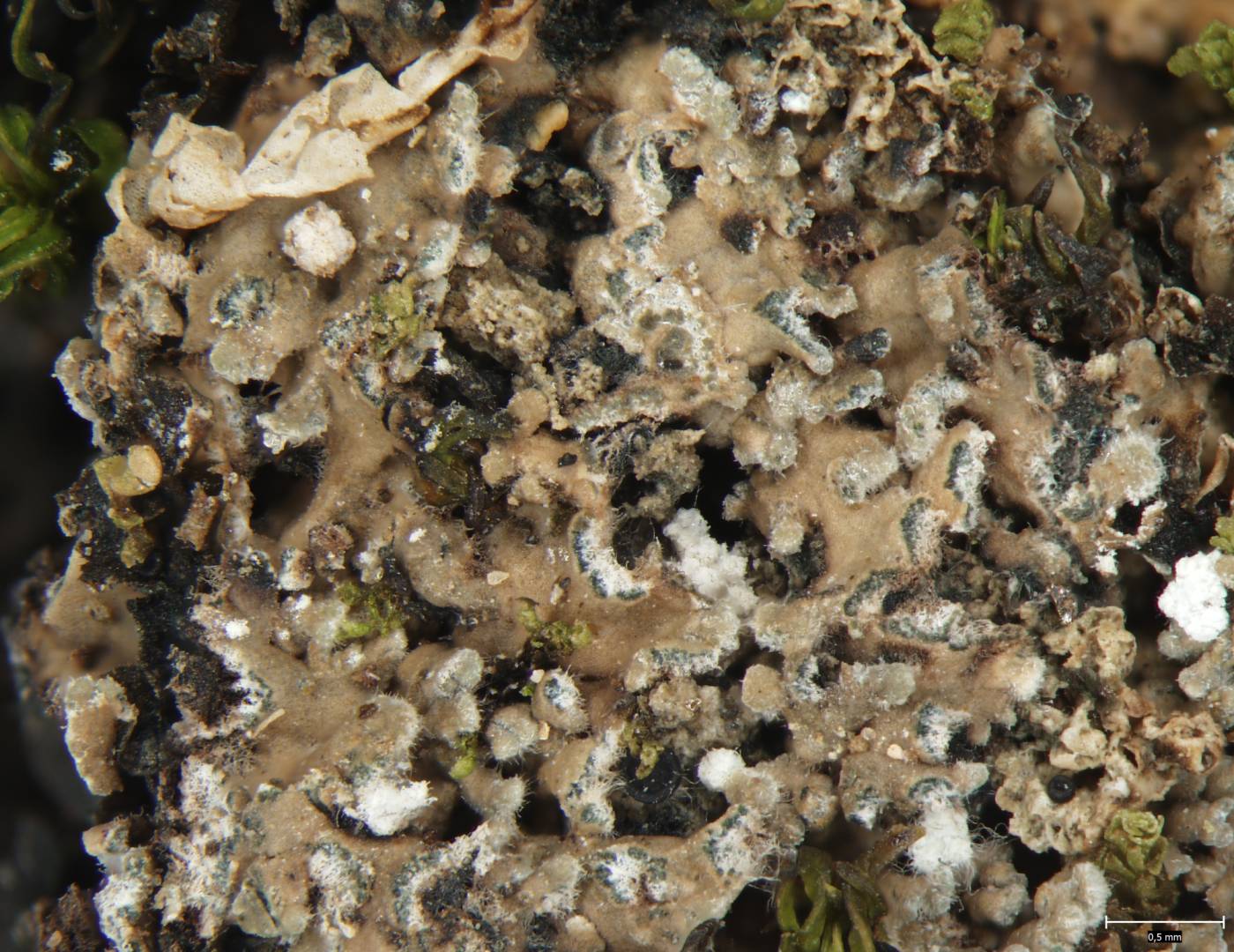 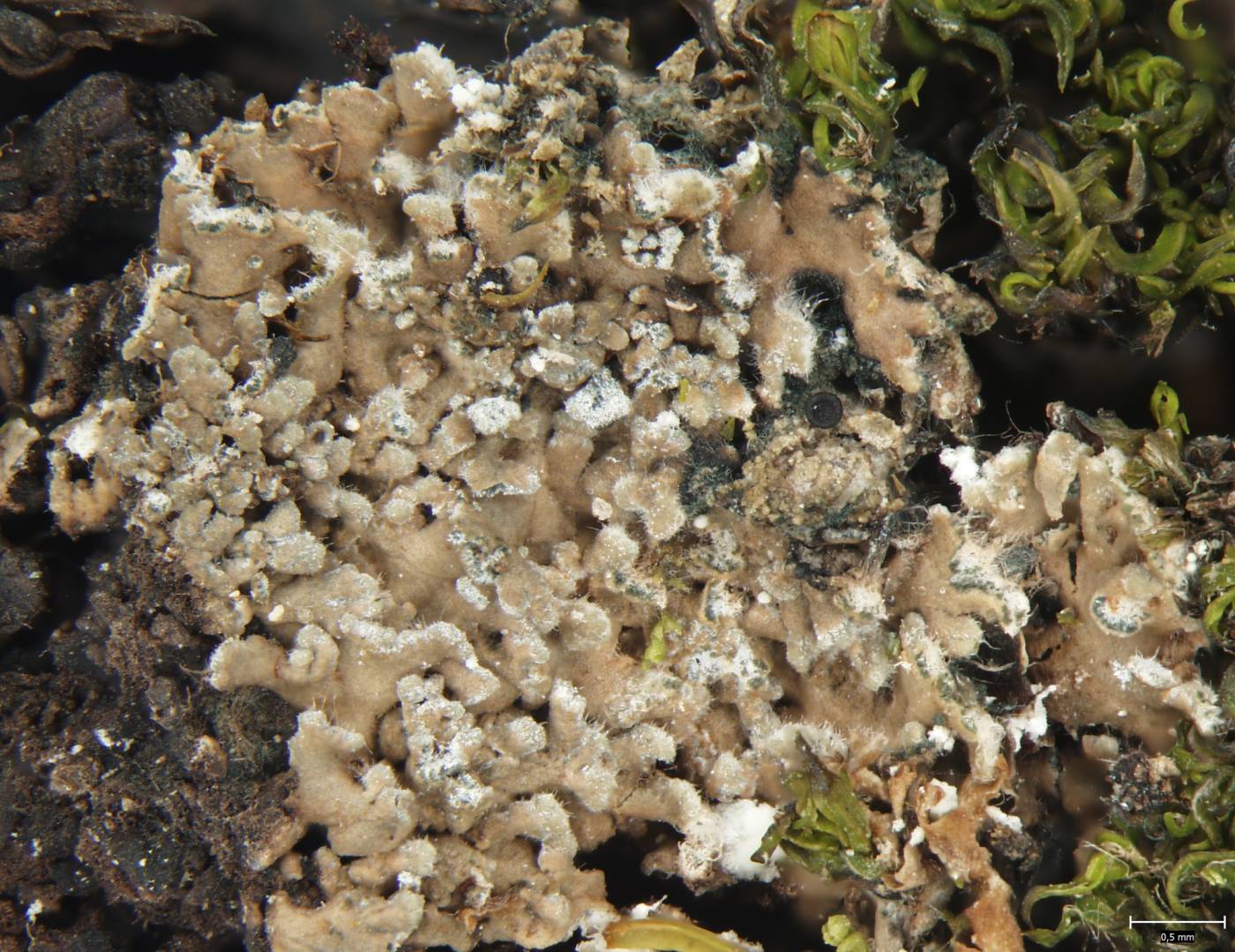 All records: 3, confirmed 1. One click on a selected square displays particular record(s), including their source(s).