The only Czech member of the recently delimited genus Gyrographa (Ertz et al. 2015), typically growing in shaded, vertical to overhanging acidic rocks. Morphologically, ecologically, and by its distribution, it resembles Enterographa zonata, from which it differs chemically in the presence of gyrophoric acid (C+ red reaction). Together, they form the two diagnostic species of the species-poor Opegraphetum horistico-gyrocarpae community (Wirth 1972).

Gyrographa gyrocarpa is a relatively common lichen, growing on various types of siliceous and volcanic rocks, especially in rocky areas in mountains and in river valleys. The lichen is most often found in a sterile sorediate stage, but is easily recognisable thanks to its reddish to reddish-brown colour. Nevertheless, the production of fruiting bodies called hysterothecia is not exceptional. Under optimal conditions, fruiting bodies can be 'gyrose' (wavy-twisted) and furrowed like the brain. Both the species and genus names are derived from their shape. In richly fertile specimens, soredia are formed infrequently and may even be completely absent. 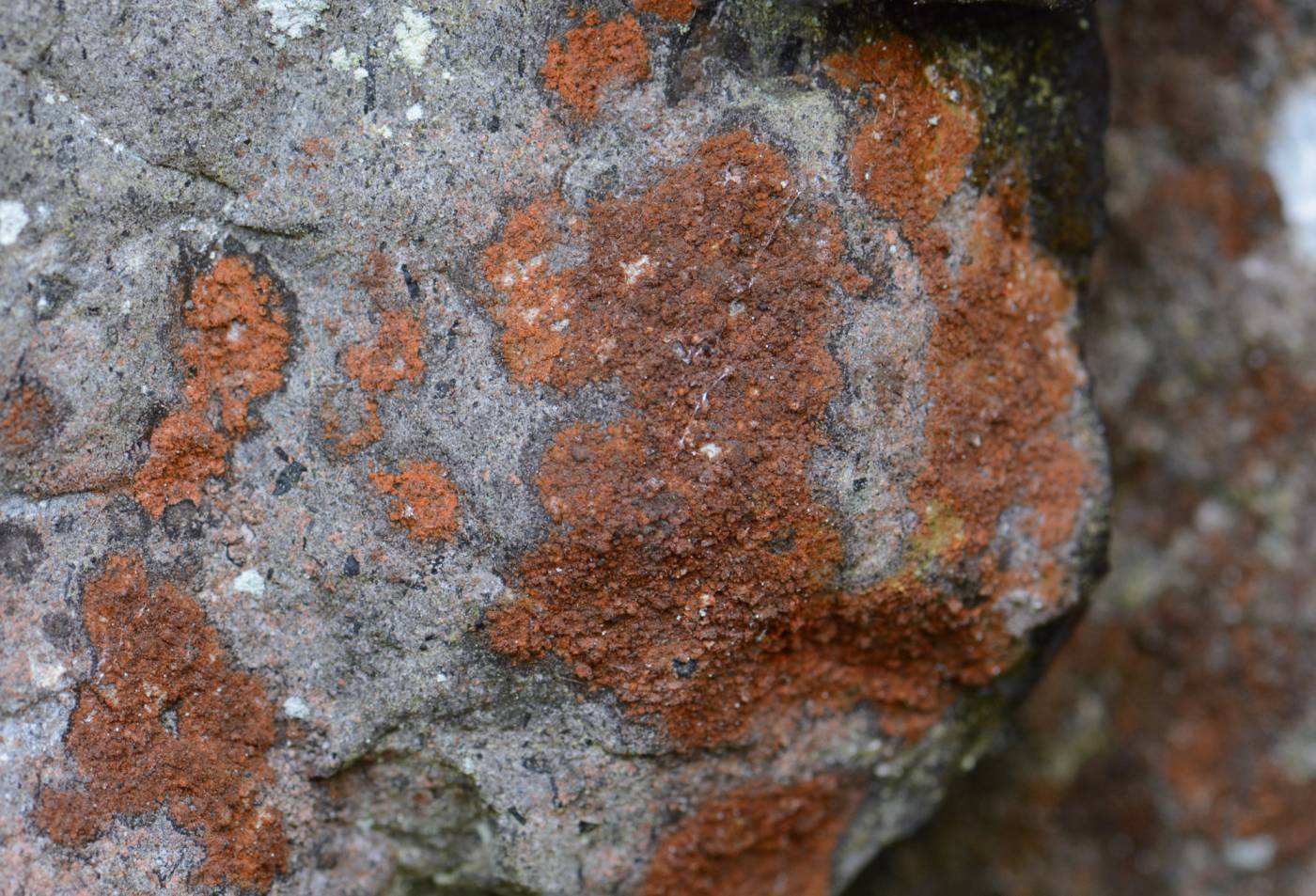 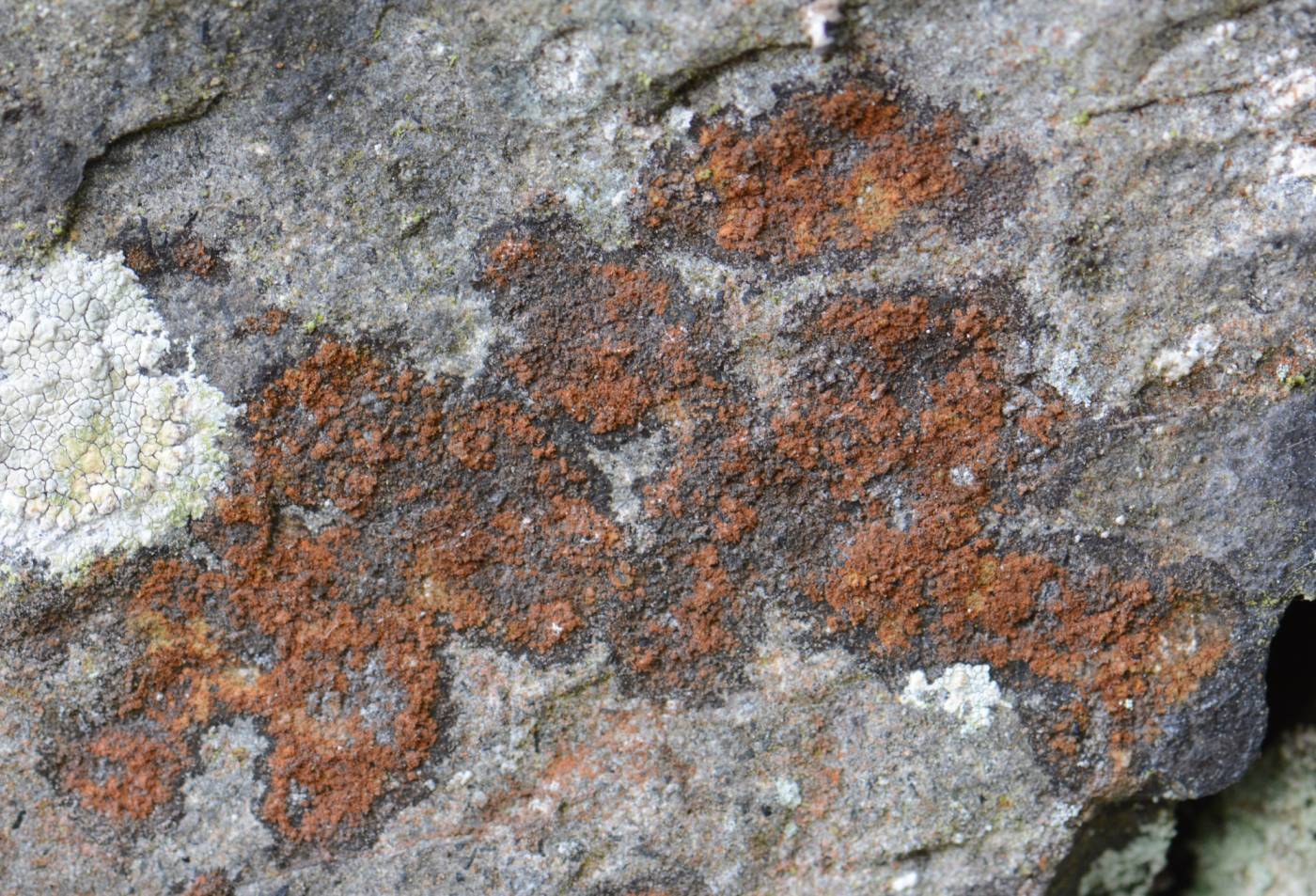 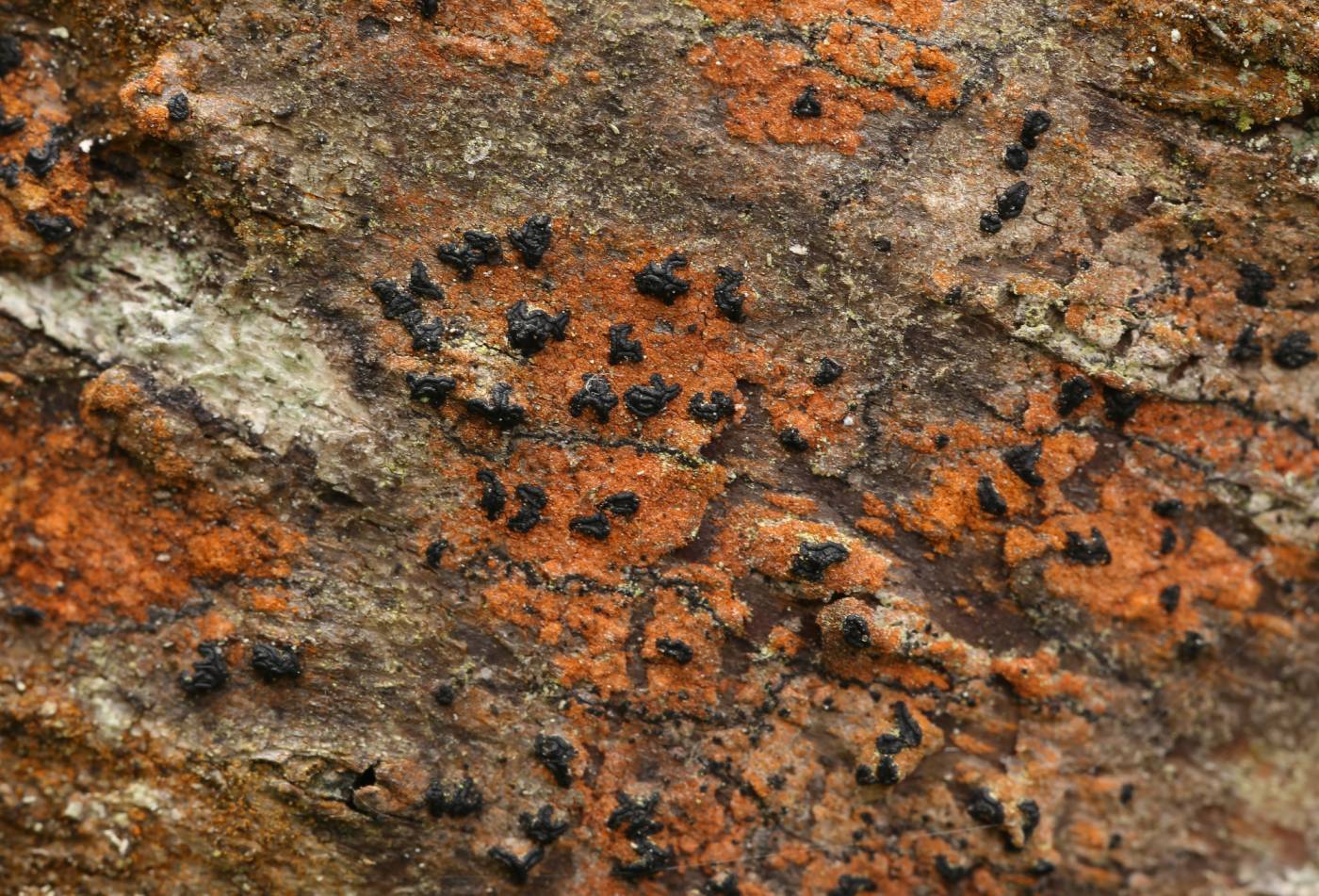 All records: 229, confirmed 91. One click on a selected square displays particular record(s), including their source(s).