Probably the most common macrolichen in the Czech Republic and at the same time the most frequently reported lichen in this atlas. Its lip-shaped soralia at lobe margins are characteristics. However, sometimes, they may be absent. It is an euryecious acidophilous species with a holoarctic distribution, able to grow in a wide variety of habitats. It avoids only strongly polluted, eutrophicated or acidified locations. The lichen is usually found on acidic bark of both coniferous and deciduous wooden plants, mainly on branches. It often passes onto wood, bryophytes or siliceous rocks. In the Czech Republic, the species is abundant, occurring from lowlands to mountains.

Hypogymnia physodes is morphologically a very variable species with several described forms. Some extreme types or less developed specimens may be mistaken for other species of the genus. The morphotypes with prolonged, less branched lobes protruding from the thallus (the vittatoides form) resemble the rare species H. vittata, but can be safely distinguished chemically by the positive reaction with K and Pd. The regularly branched, more appressed rosette-like types with black-edged lobes perforated underneath, may resemble another rare species, H. incurvoides Rassadina. This forgotten taxon, described in the 1960s from northern Russia, has been rediscovered in Europe relatively recently in Scandinavia (McCune et al. 2007). Its presence in well-preserved montane forested areas of central Europe cannot be ruled out. 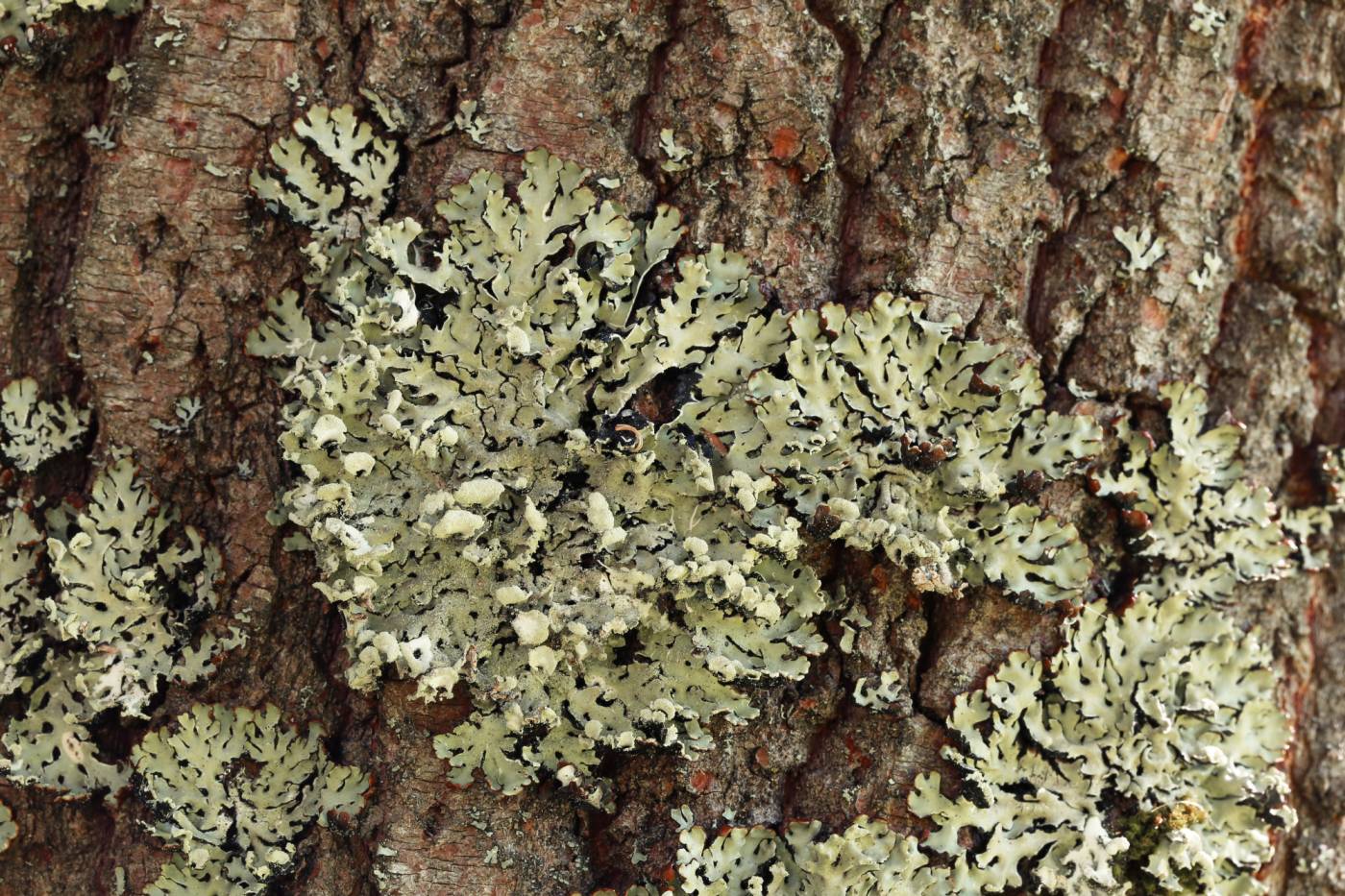 All records: 3491, confirmed 1697. One click on a selected square displays particular record(s), including their source(s).