A forest epiphytic or epixylic lichen, which is usually found sterile. Its thallus is bluish-grey, consisting of rounded, early merging soralia on a dark prothallus. Fertile specimens with a rather roughly granular thallus and a browner tinge are found more frequently in exposed sites in open natural forests (e.g. relict pine forests). The species is characterised by the production of divaricatic acid, also a diagnostic substance of Lepraria incana. In poorly developed material, it may be difficult to distinguish the two taxa from each other. In the fertile state, L. nylanderi is practically unmistakable under the microscope thanks to the production of 16 spherical ascospores per ascus. The lichen does not belong to the genus Lecidea s. str.

Lecidea nylanderi is a characteristic boreal element and finds its optimum in montane coniferous forests. It is locally common in deciduous forests as well, such as beech forests, alder forests, etc. The species grows in both old-growth and managed forests. At lower elevations, it is much rarer and is found mainly in light forests of a relict character (relict pines forests, scree surroundings, peat bogs, oak forests on rocky slopes, etc.). 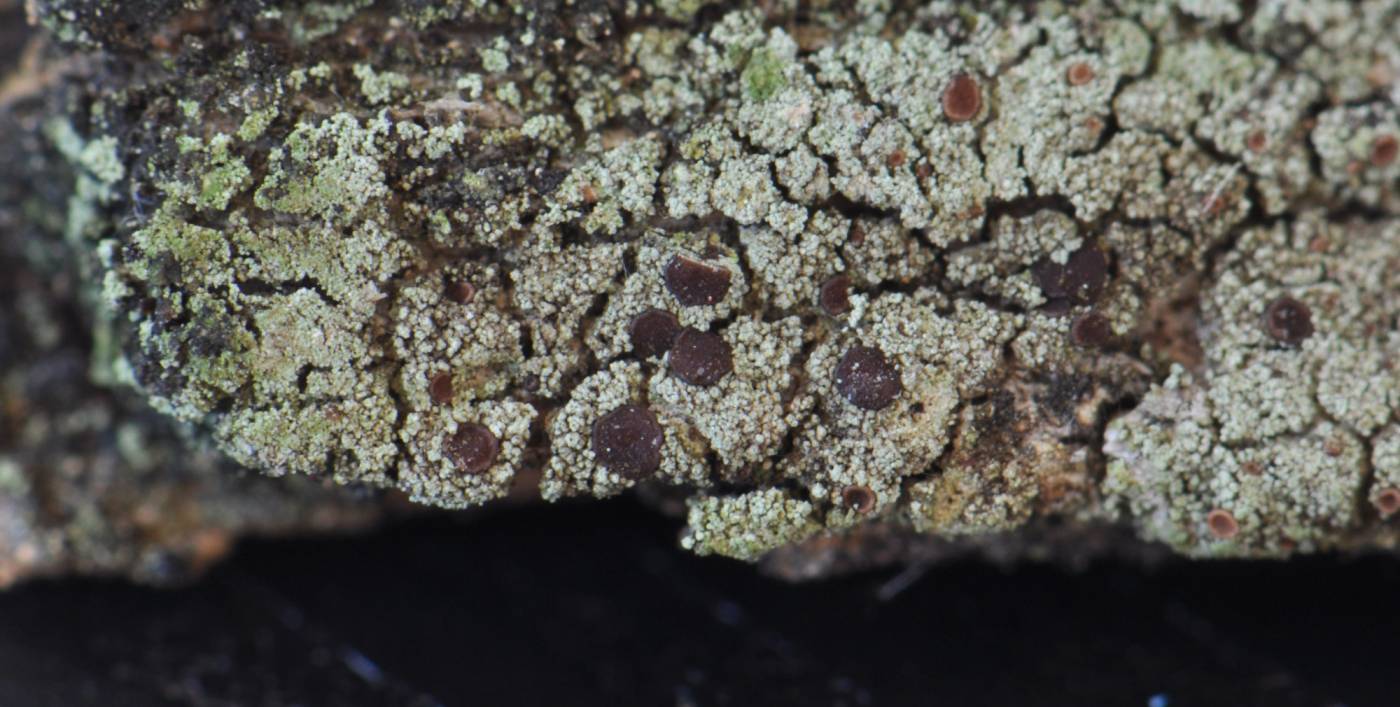 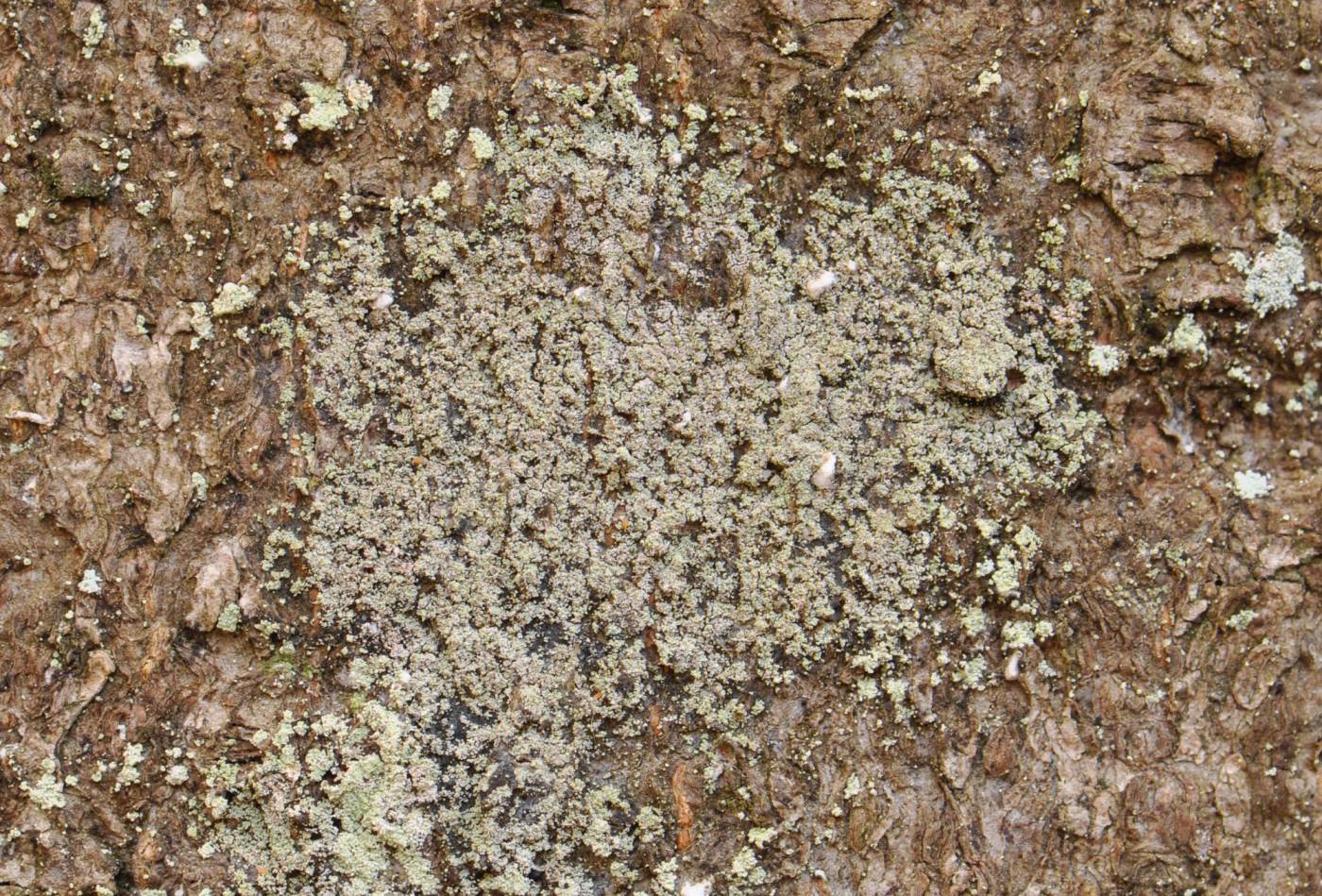 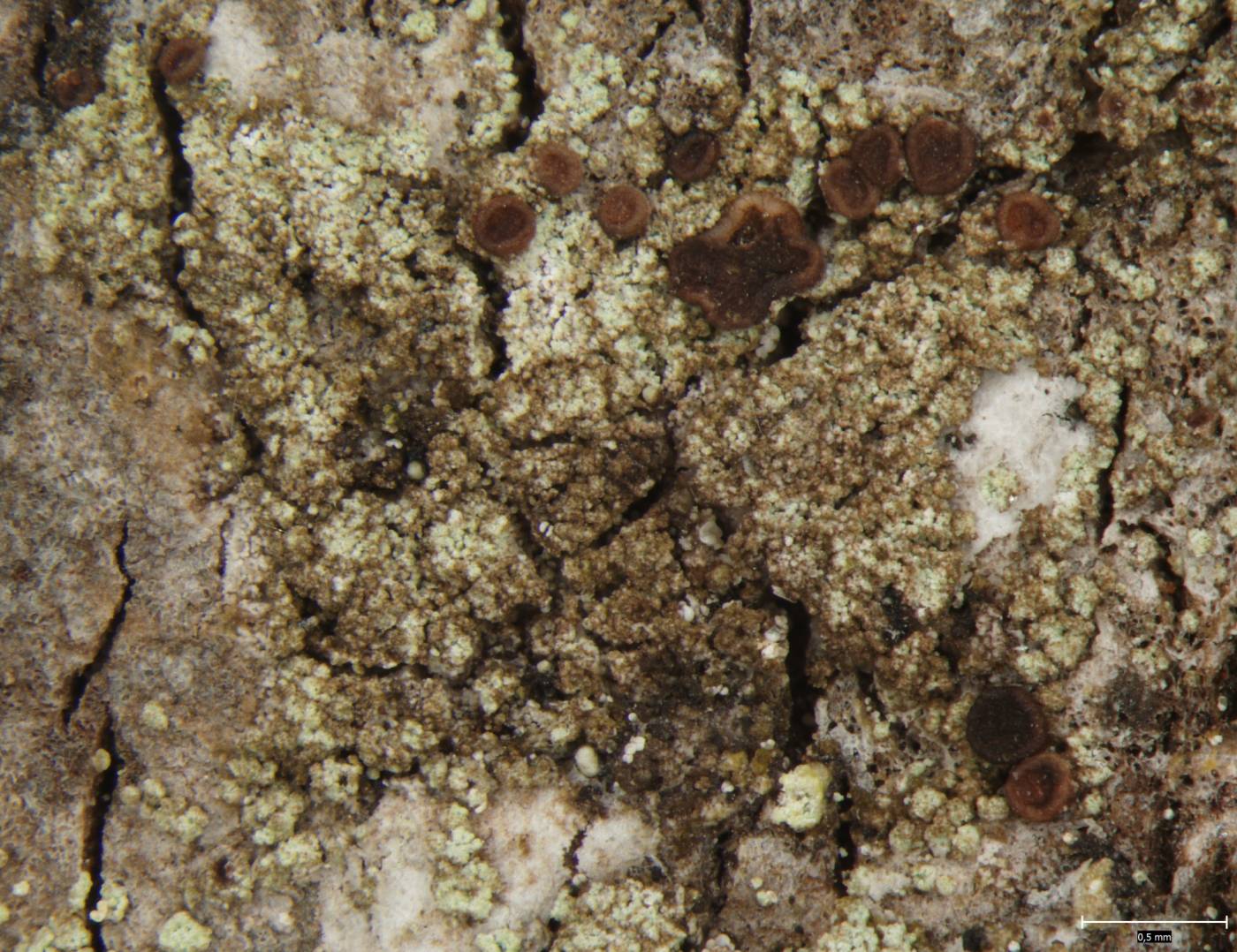 All records: 285, confirmed 279. One click on a selected square displays particular record(s), including their source(s).