An inconspicuous lichen with a greyish-green thallus and ± punctiform greenish soralia. Its thallus is usually best developed around the black perithecia, which, however, are formed rarely in central Europe. In contrast, the thalli of richly sorediate specimens are usually minute. The lichen in the sterile stage resembles Lecania croatica, from which it differs in the content of zeorin.

Normandina acroglypta has similar ecology as the better known N. pulchella. It grows on slightly acidic tree bark, usually over bryophytes (such as members of the genus Frullania). Less frequently, it is found on basic rocks, e.g. serpentinites, usually over bryophytes as well. The species has a subatlantic distribution and occurs therefore in central Europe most often in humid habitats, such as valley forests and areas rich in rainfall. In the Czech Republic, it is a relatively rare lichen, so far known only from a few localities. Almost surely, it was overlooked in the past. There is only a single historical record from the Krkonoše Mts (Servít 1936). 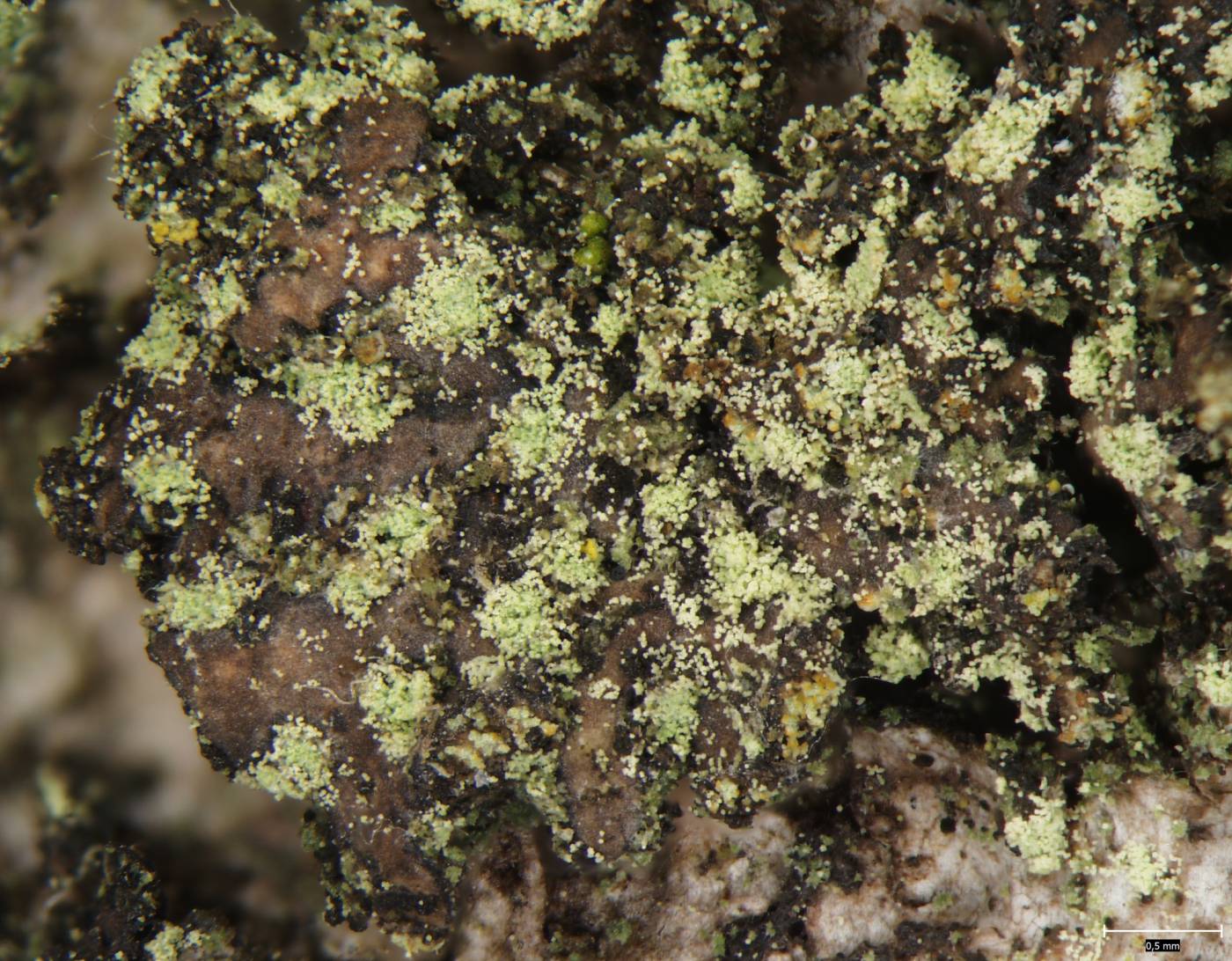 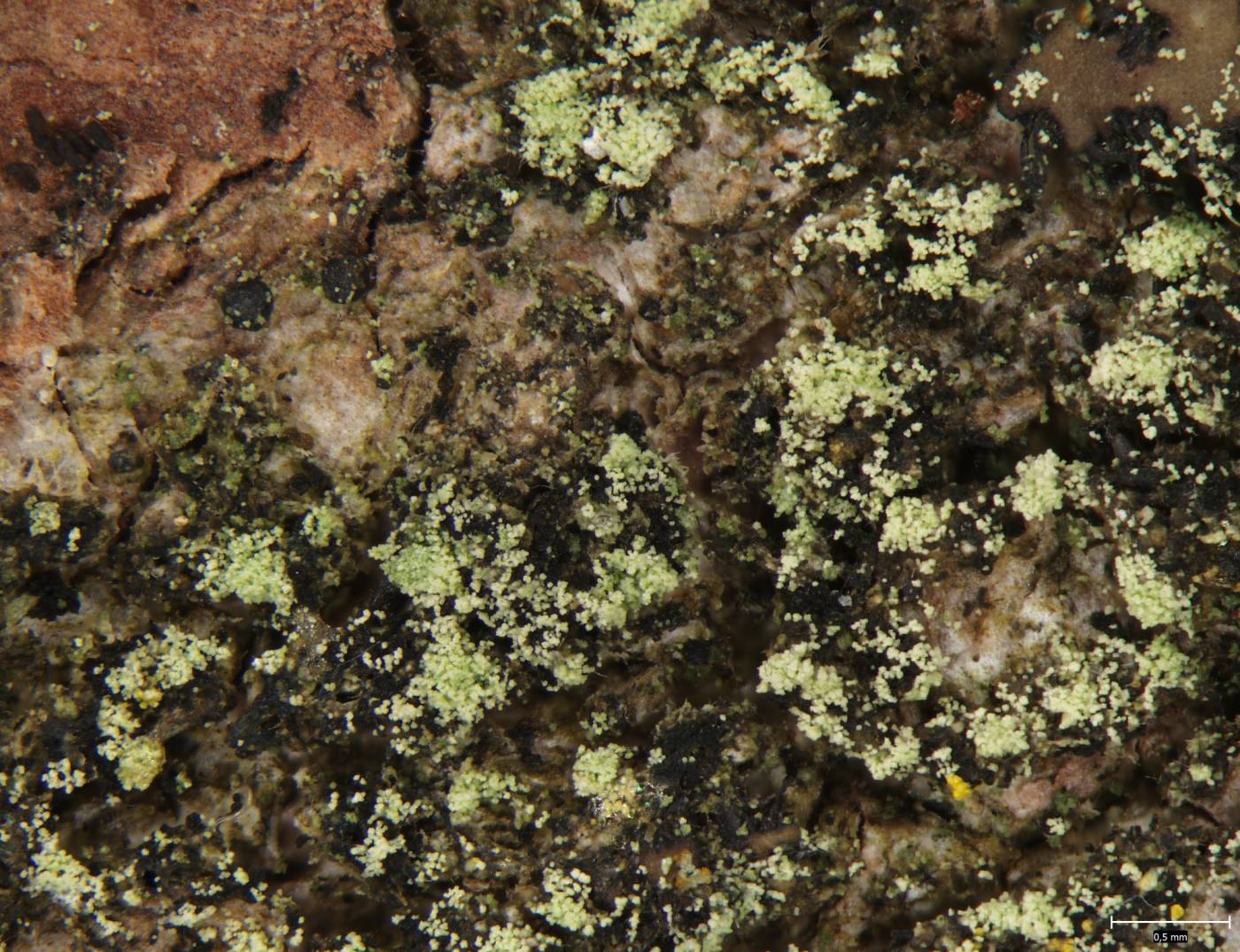 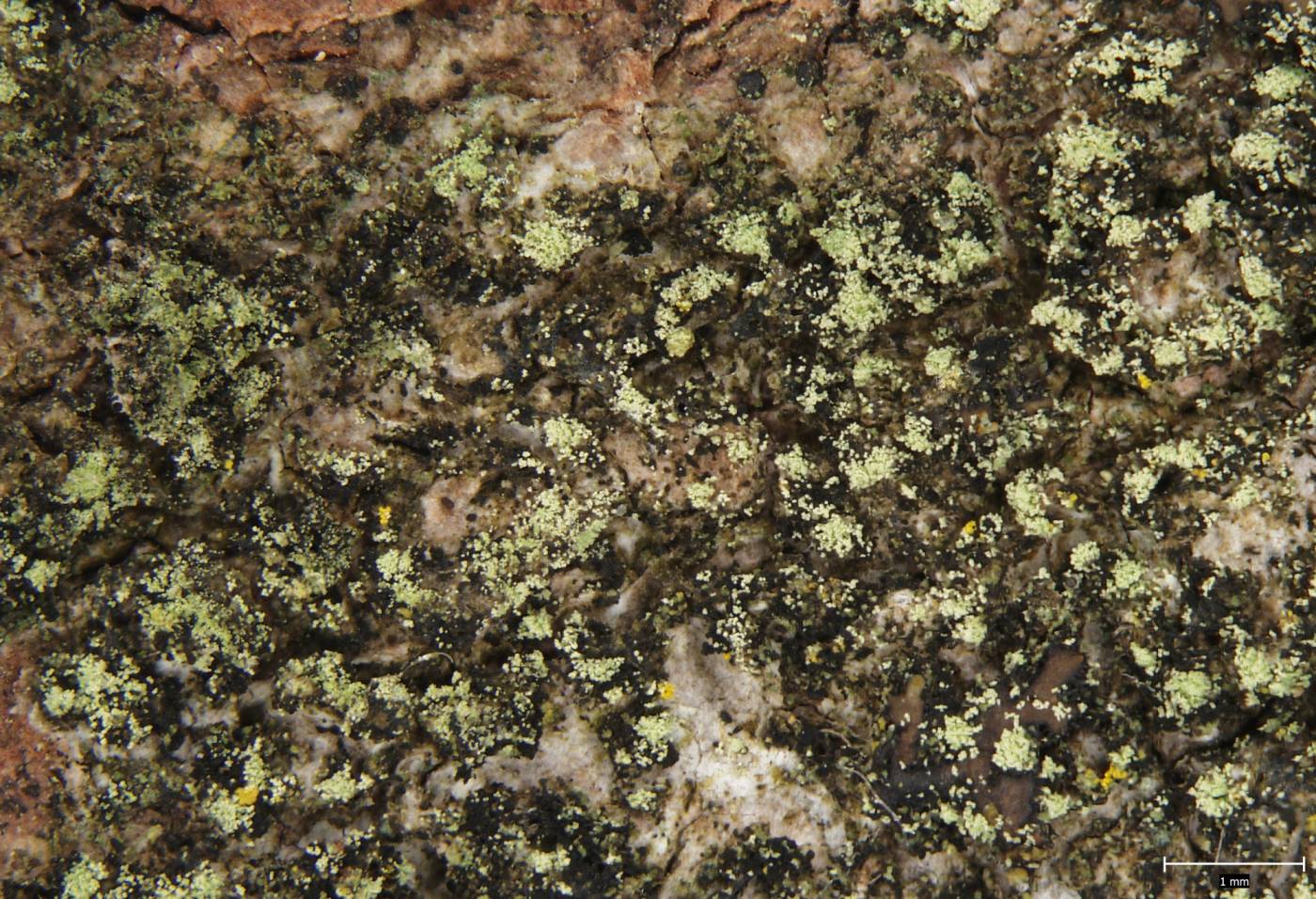 All records: 13, confirmed 13. One click on a selected square displays particular record(s), including their source(s).