The most variable genus member (Kukwa 2011). It reproduces both sexually and asexually via soralia. It is a morphologically well-identifiable lichen thanks to the characteristic thorn-like protrusions (spinules). However, these are not formed on the sorediate morphotypes, sometimes also called f. lapuensis, present (besides other locations) in the Czech Republic. The content of gyrophoric acid (C+ red) and minor content of fatty acids are characteristic. Some epiphytic specimens from high mountains, currently assigned to the taxon O. mahluensis, may be difficult to distinguish.

Ochrolechia frigida is one of the arctic-alpine lichens. It grows on bryophytes, plant remnants and acidic soil. Futhermore, it has been recorded on tree bark, wood and rocks (Kukwa 2011). The species is rather rare in central Europe, reported more frequently only from the Alps and Carpathians. In the Czech Republic, O. frigida was historically reported only once, from Mt Vysoké kolo in the Krkonoše Mts (Flotow 1839). Afterward, it had not been noticed until 2015, when it was found in the Hrubý Jeseník Mts. Currently, the species is known to occur in five localities in the country: two in the Hrubý Jesník Mts (Mt Petrovy kameny, Mt Keprník) and three in the Krkonoše Mts (Mt Sněžka, Mt Vysoké kolo and Mt Malý Špičák). 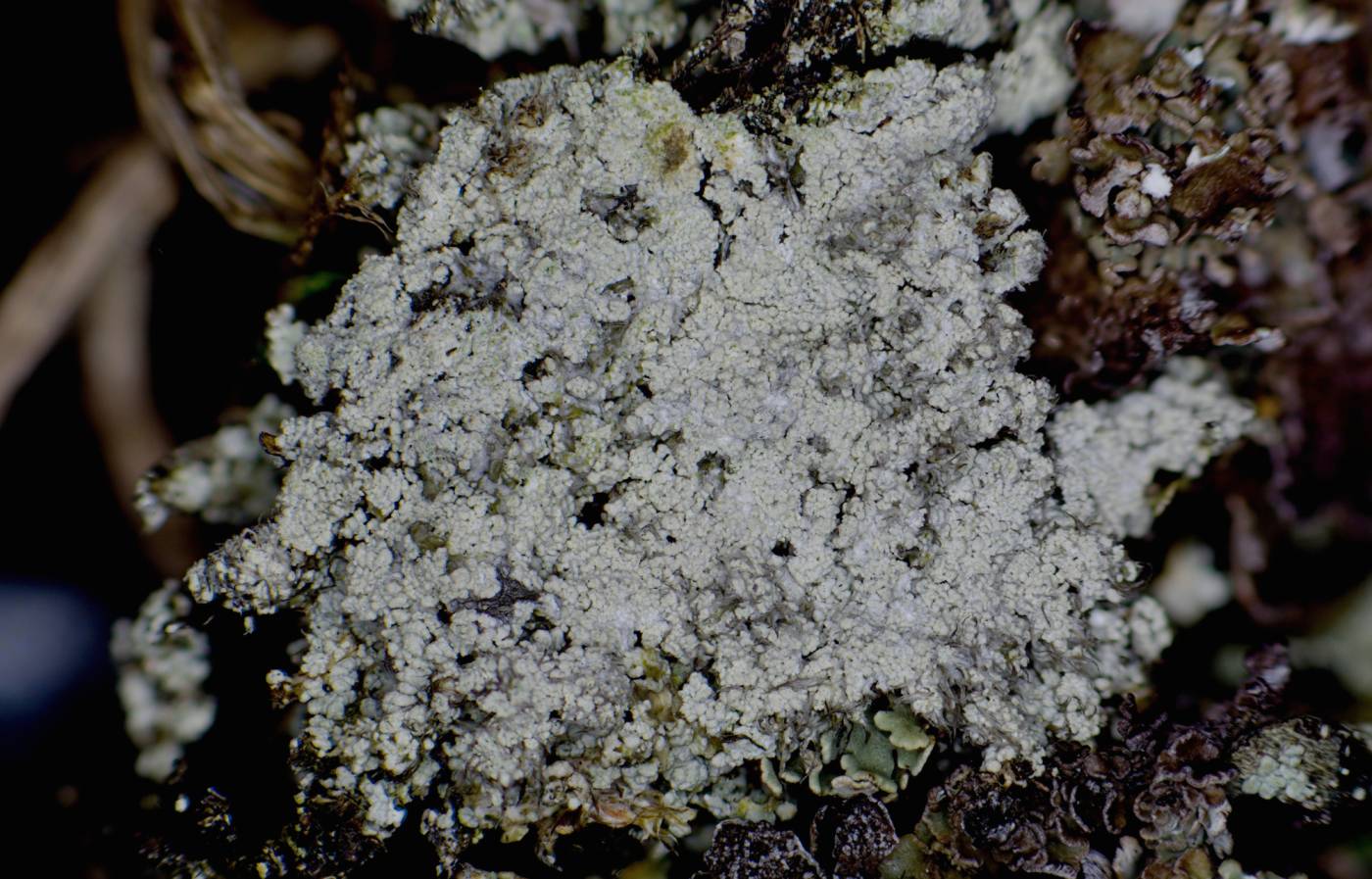