A mainly temperate, sorediate microlichen, morphologically and chemically similar to the boreal O. alboflavescens and O. microstictoides. All the three species contain variolaric acid (C+ yellow), but O. turneri lacks aliphatic substances. Furthermore, unlike the other two, it prefers slightly more nutritious, not too acidic bark. The lichen usually grows on lit trunks of oaks. In the Czech Republic, it occurs mostly at lower elevations, especially from the lowland to sub-montane level. It may be seen, for example, on solitary trees and in avenues in an extensively managed landscape. In natural habitats, it mainly occurs in open oak and oak-hornbeam forests. Seldomly, it occurs at higher elevations, where it may be seen, for example, in light scree forests. 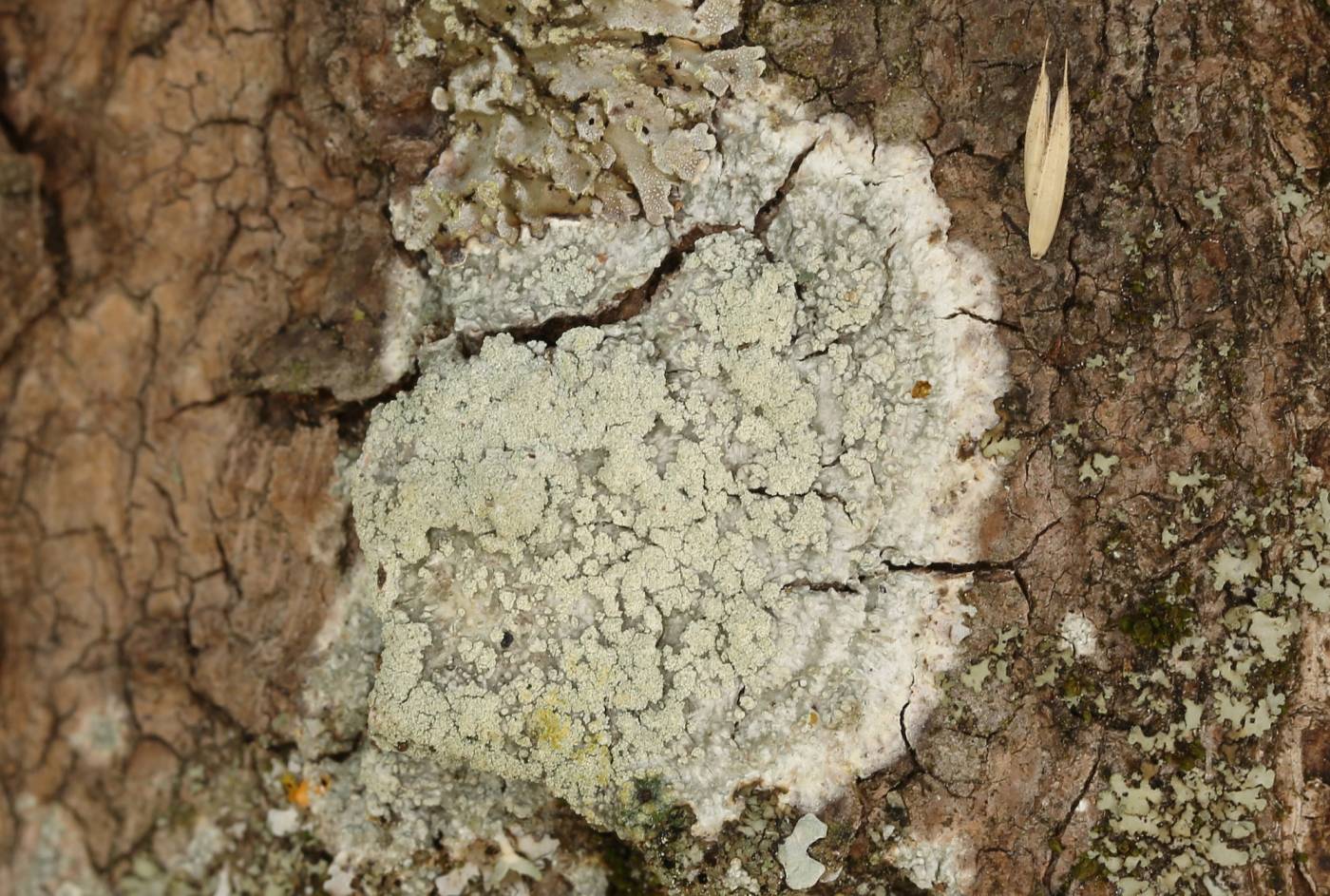 All records: 57, confirmed 47. One click on a selected square displays particular record(s), including their source(s).