A cyanolichen with glossy black thallus covered by more or less globular isidiate protuberances and sometimes also by relatively large fruiting bodies. It occurs mainly on easily weathering calcareous silicates, especially diabase and calcareous conglomerates, where it overgrows both soil and rock. Nevertheless, it is also known from limestone and other types of basic rocks. Typically, it is found on low exposed rocks on xerothermic rocky slopes. The species was described from the Czech Republic: from diabase rocks near Svatý Jan pod Skalou in the Český kras (Bohemian karst) in 1935 (Servít & Černohorský 1935, as Thyrea Černohorskýi), but its taxonomic relationship was not revealed until the new millennium (Czeika et al. 2004). Meanwhile, it was an unknown, misinterpreted lichen, generally confused with the apparently similar Anema tumidulum, which however differs in a number of morphological characters. Peccania cernohorskyi is very rare, but widely distributed in relict habitats. Most of its published localities are in the Czech Republic, where the species is known to occur on diabase rocks in the Bohemian Karst and around Prague, on conglomerates near Moravský Krumlov and on serpentinites near Mohelno. 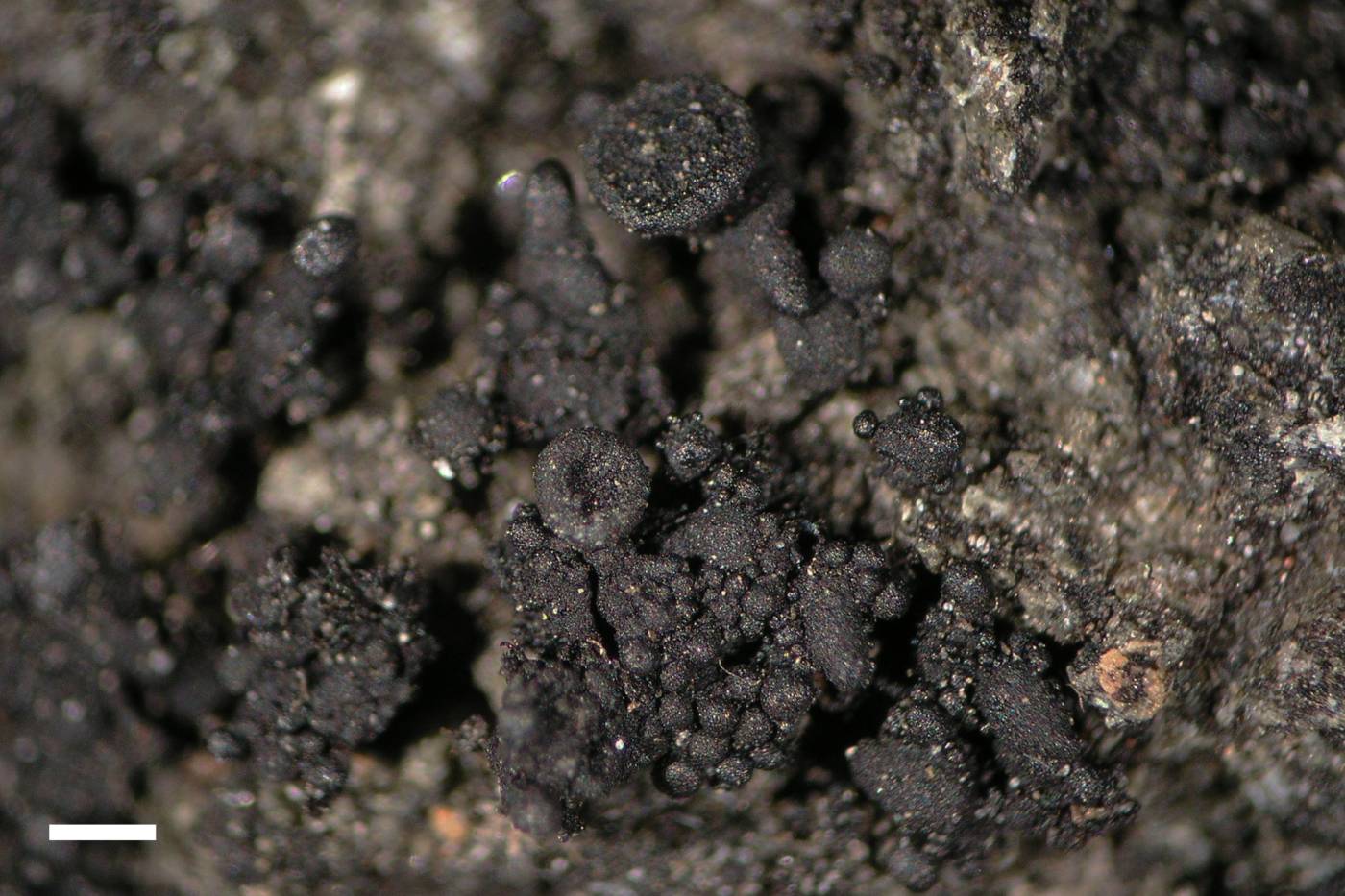 All records: 22, confirmed 21. One click on a selected square displays particular record(s), including their source(s).