Rhizocarpon eupetraeum has a conspicuous whitish thallus composed of verrucose, almost globose areoles. Apothecia are black without a margin and slightly convex, with dark brown muriform spores. The thallus contains norstictic acid (K+ yellow turning red), tiny red needles are formed after the application of KOH in a microscope slide.

The species grows on hard siliceous rocks rich in quartz. It prefers inclined or horizontal rock surfaces and exposed boulder screes with a long-lasting snow cover. According to Nimis et al. (2018) it often grows on sandstones, however, in the Czech Republic, it does not. It is quite rare, recent records are mainly from screes in the Brdy highlands, but also from the Šumava and Hrubý Jeseník Mts. 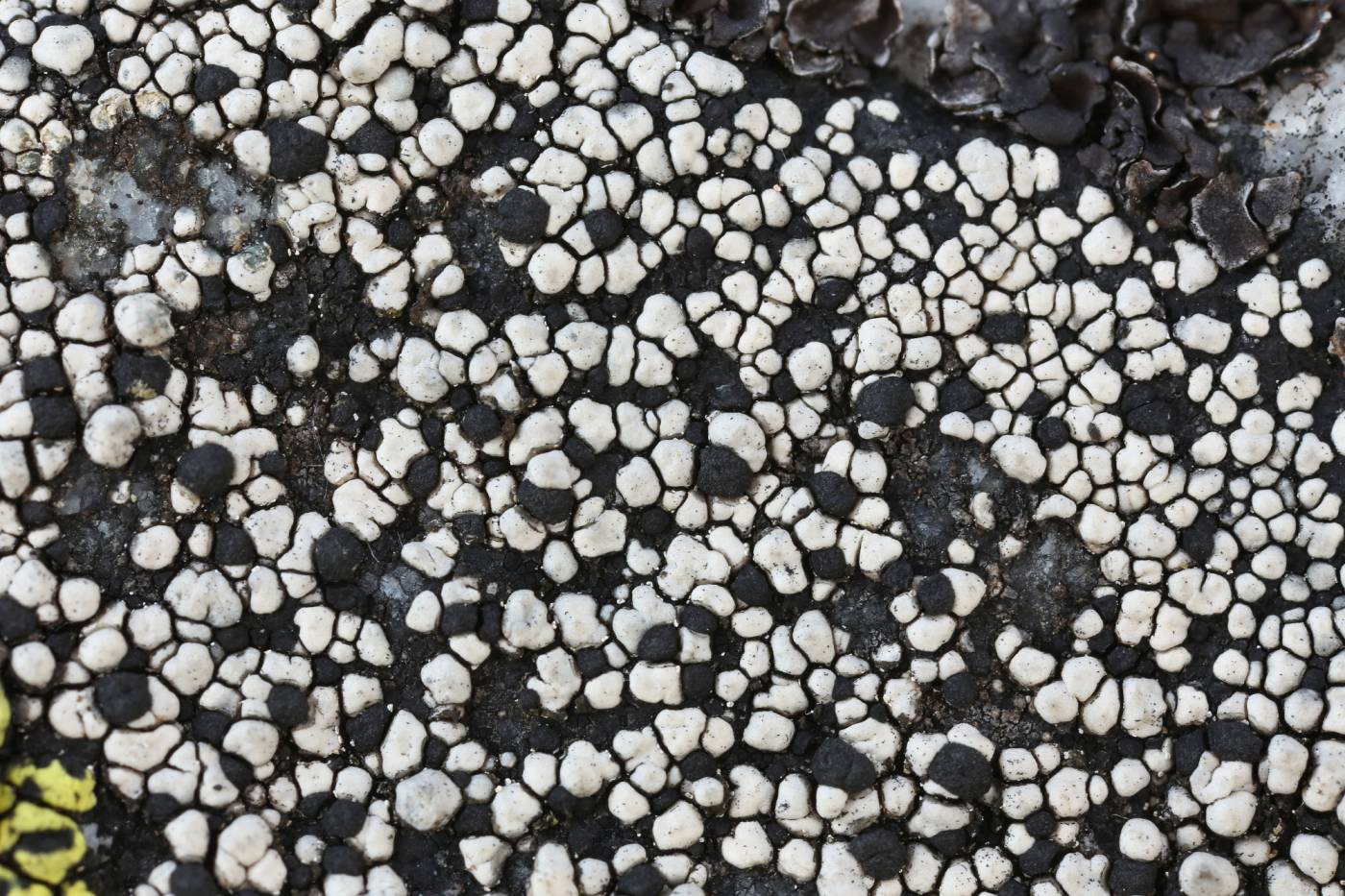 All records: 15, confirmed 15. One click on a selected square displays particular record(s), including their source(s).