Rhizocarpon lavatum has an indistinct prothallus, grey to pale brown, roughly cracked into angular flat and mat areoles. The apothecia are round and black with a slightly brown disc centre and have a thick proper margin. Spores are quite large, muriform and steadily hyaline. Microscopically, it is very similar to R. reductum but has larger spores. Macroscopically, the two species are quite distinct when well-developed.

The species has a circumpolar distribution, in Europe from hills to alpine regions. It is abundant mainly in the boreal and oceanic areas. It prefers constantly humid siliceous rocks, typically periodically or occasionally submersed rocks at watercourse shores, dump rock walls and rocks at the lower parts of screes with long-lasting snow cover. In the Czech Republic, R. lavatum is quite rare at lower elevations, but locally more abundant in the mountains. Recently, it has been mainly collected in the border mountains and the Brdy highlands. 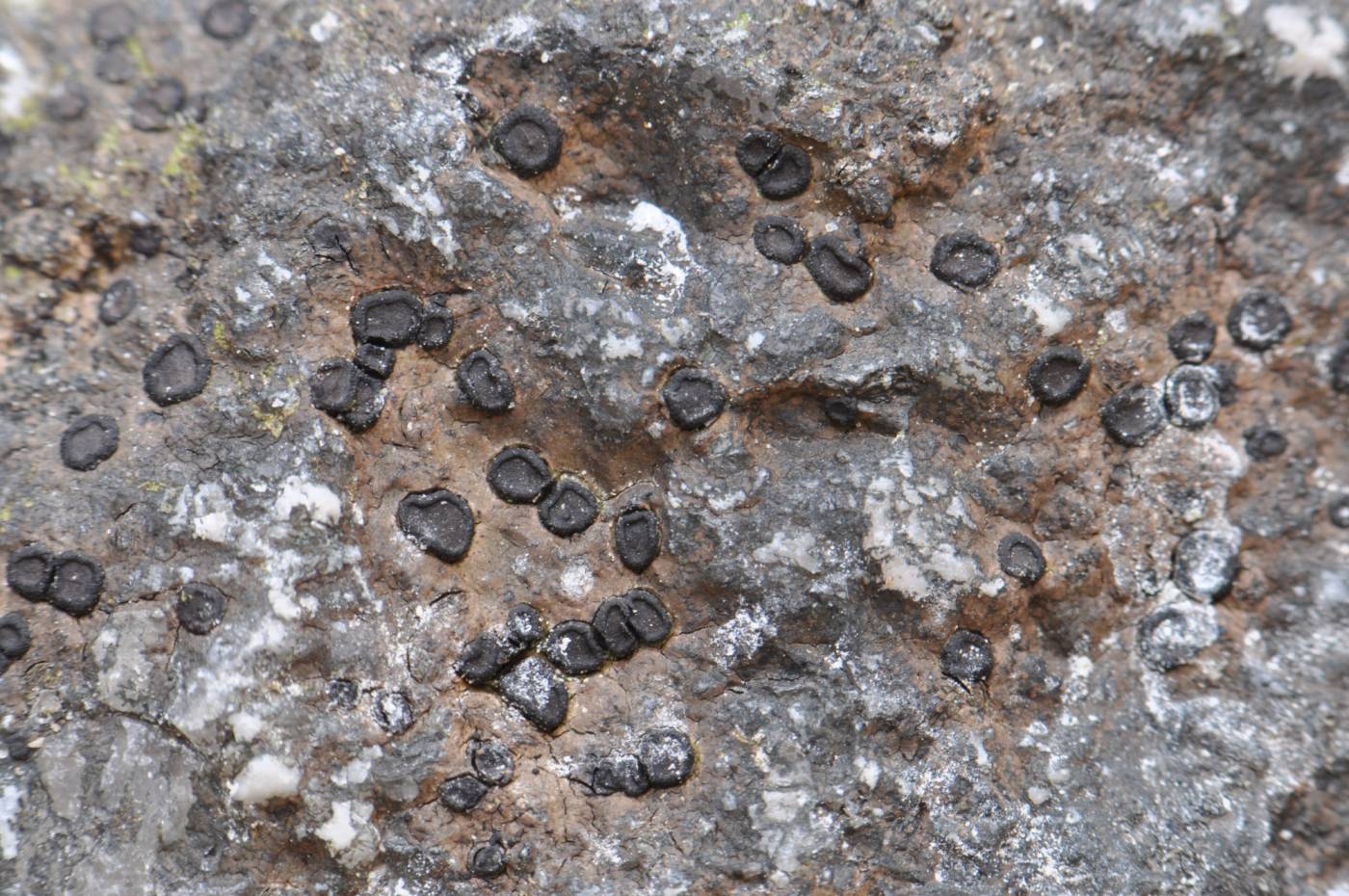 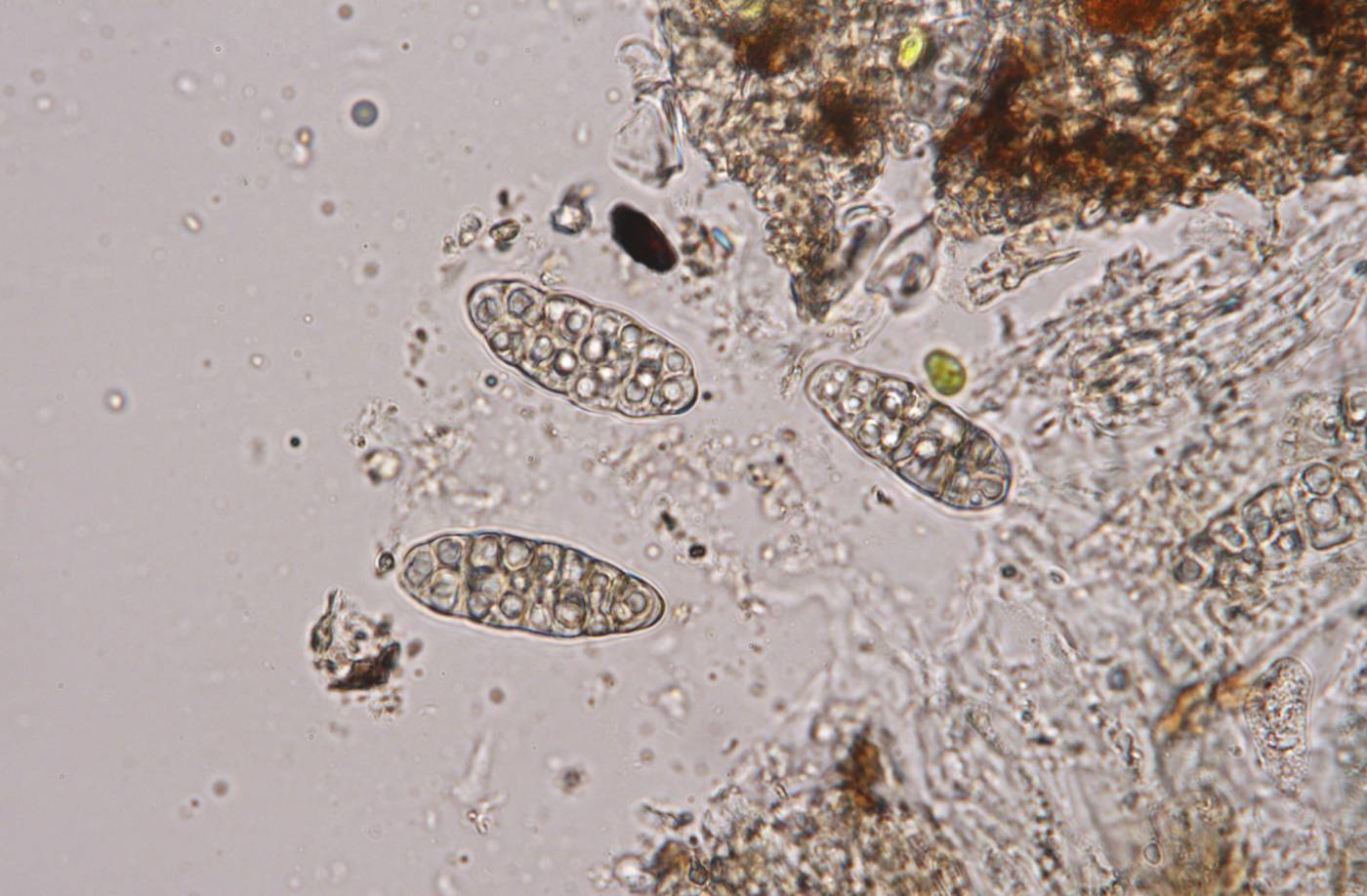 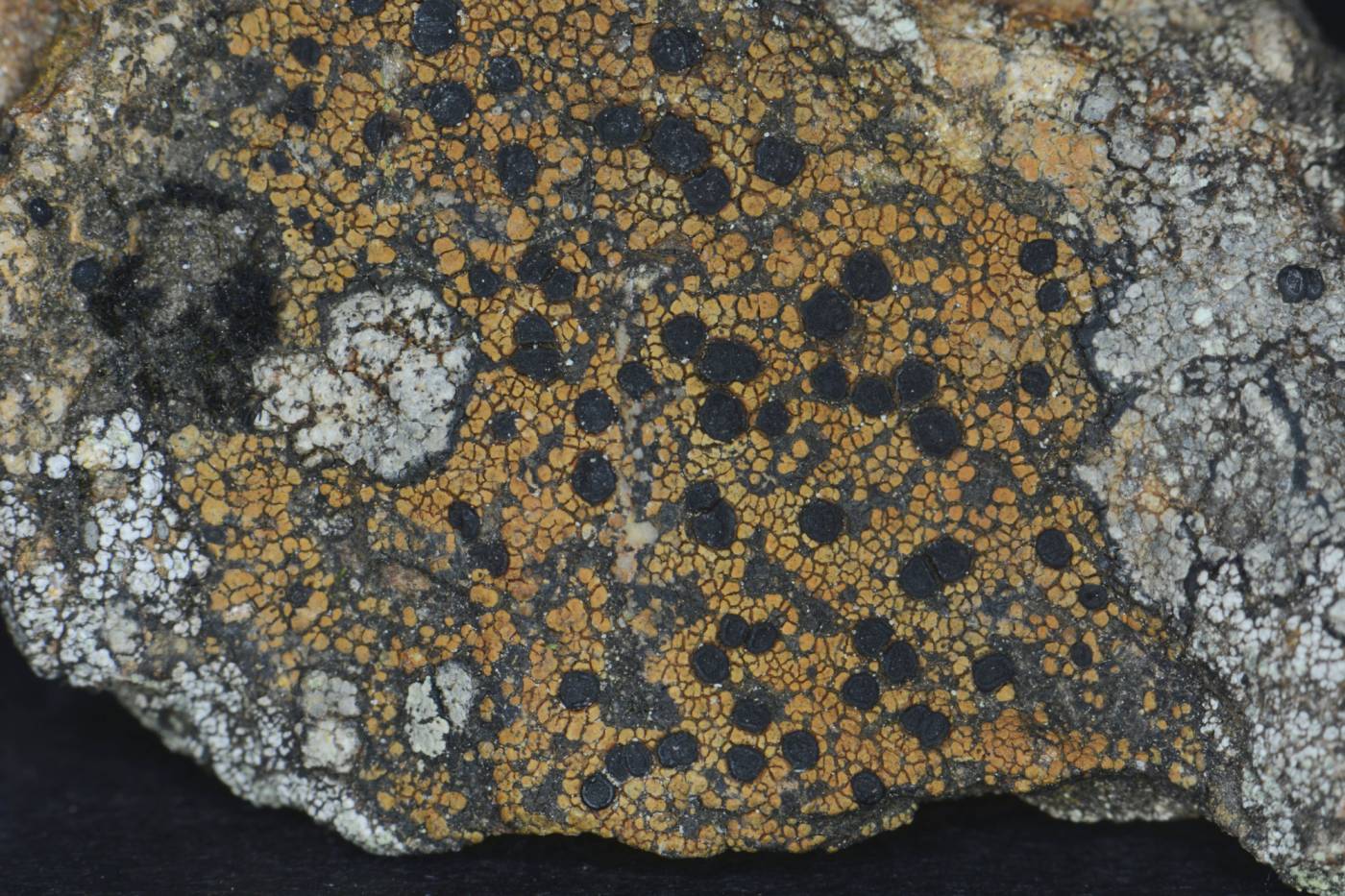 All records: 43, confirmed 24. One click on a selected square displays particular record(s), including their source(s).