Apparently the best-known and the most common epiphytic species of Bacidia s. str. in the Czech Republic. Thanks to its orange-brown (or pink-brown) to red fruiting bodies and the pale grey-green, coralloid thallus, the species is well recognisable in its fertile stage. The thallus often forms extent covers, while fruiting bodies may be missing. In the sterile stage, the lichen is practically indistinguishable from B. subincompta.

Bacidia rubella occurs scattered throughout the Czech Republic, but locally it may be common. Its optimal conditions are met in open, species-rich deciduous forests. In such habitats, it may even be one of the dominant lichens on a nutritious bark of some deciduous trees, mainly ash trees, elms and some maple trees. It may be found also on old oaks and old, diseased beeches. In limestone regions, it sometimes overgrows even younger deciduous trees with naturally slightly acidic bark. It may be seen even on trees in avenues, parks and gardens in regions that were not strongly affected by air pollution and substrate acidification in the past. However, in the northern part of the country, this lichen is rare nowadays. The species is widespread in Europe, especially in the temperate zone of deciduous trees, but its centre of distribution is in the sub-mediterranean area. 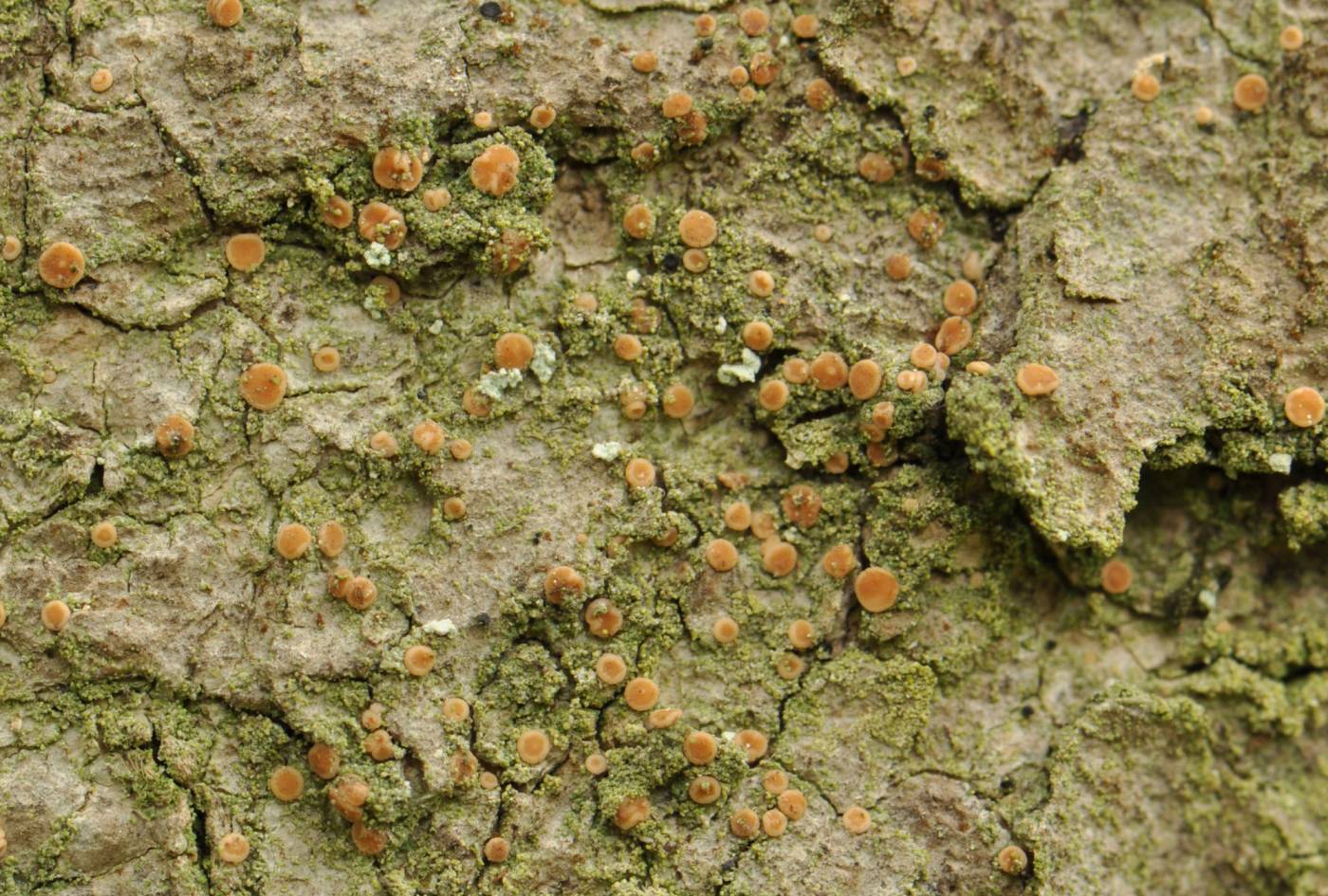 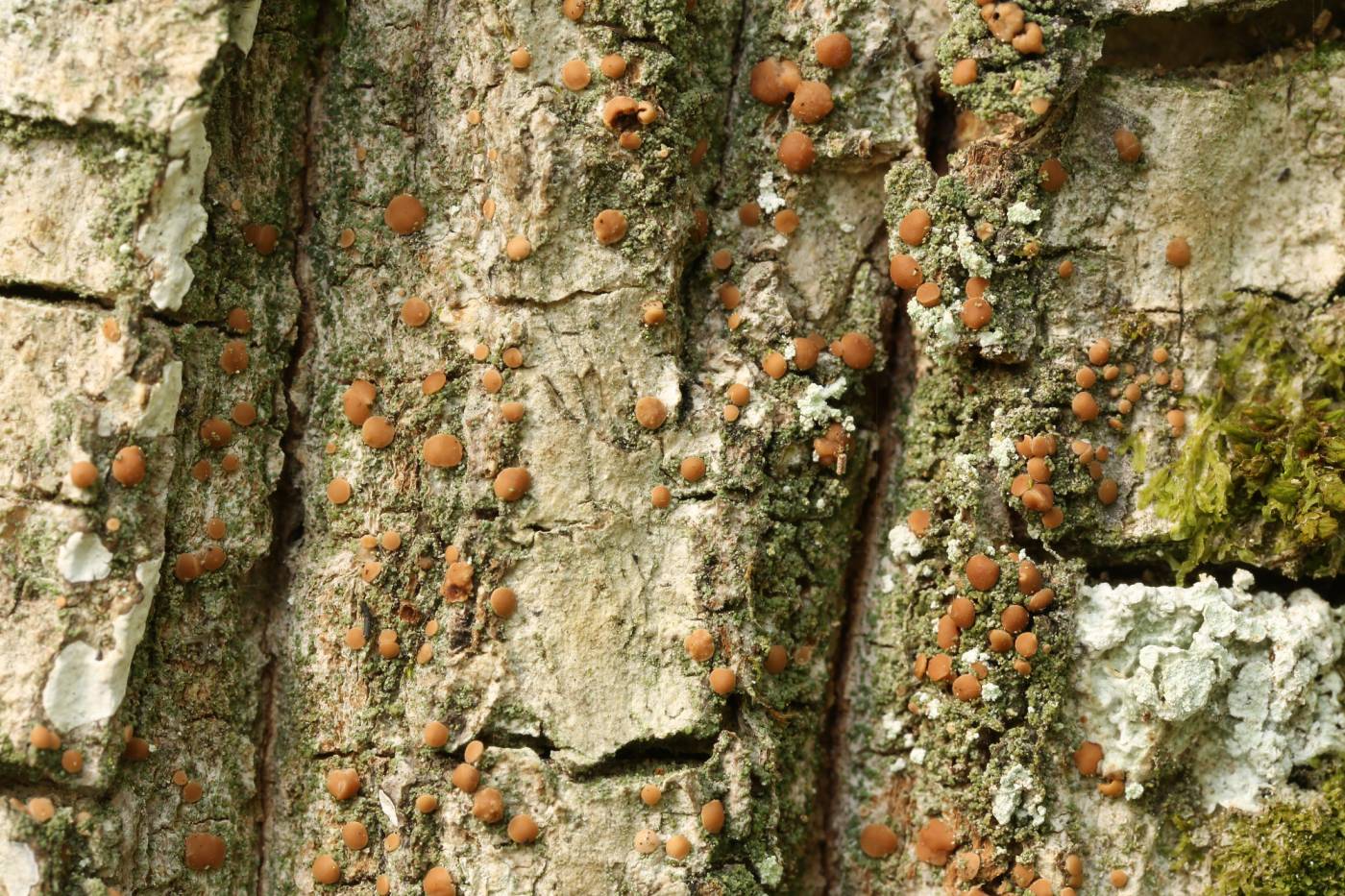 All records: 322, confirmed 274. One click on a selected square displays particular record(s), including their source(s).