A subatlantic, saxicolous, lecideoid lichen with dark brown, often even darker-bordered apothecia and a continuous greenish thallus. It is a moist-loving, crustose forest species, growing in spring areas, in beds of periodically flowing streams or on banks of smaller watercourses. It grows in permanently humid shaded microhabitats in proximity to water, on acidic stones and rocks, apparently occasionally flooded. The species has a partially similar ecology to the unrelated Bacidina inundata, for whose more pigmented forms it may theoretically be mistaken without microscopy (Arup 2004). However, the other mentioned lichen usually has a well-developed white prothallus and much smaller, constricted and light-bordered fruiting bodies. Bryobilimbia ahlesii can be distinguished from the macroscopically similar members of the genera Clauzadea and Porpidia by the dark blue-purple pigment called 'hypnorum-blue' which occurs in the form of granules in the hymenium (KOH+ strikingly emerald reaction).

In the Czech Republic, the species was discovered relatively recently (Halda et al. 2011, as Lecidea ahlesii) and has been found later in only a few other localities. As it is an ecologically highly specialised lichen, apparently sensitive to water quality and changes in microclimatic conditions; it can be recognised as an important bioindicator. The lichen evidently seeks only natural environments at lower and middle elevations, which have declined rapidly compared to the past. Being a sub-Atlantic element, it does not ascend to higher mountains. 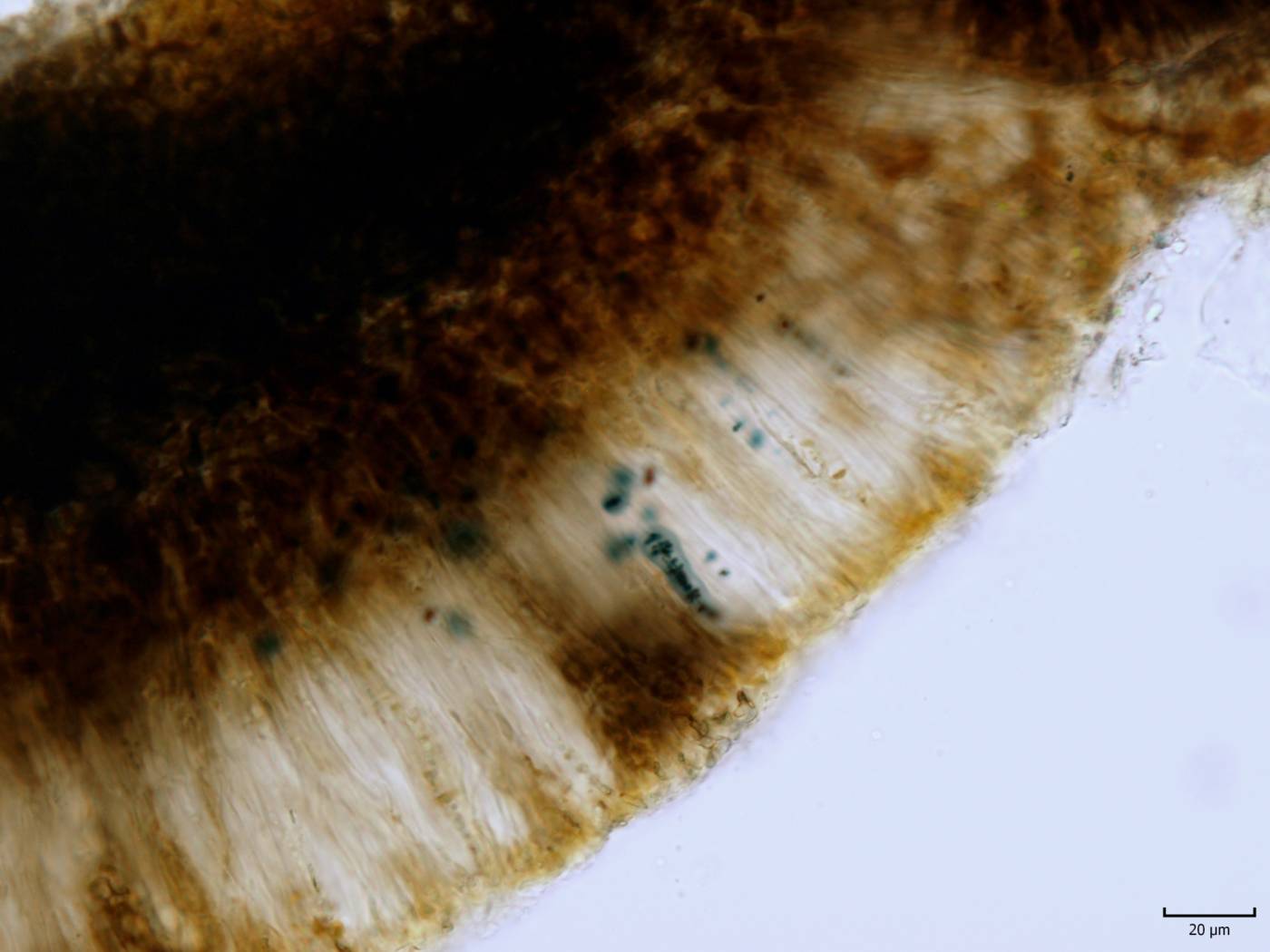 All records: 15, confirmed 4. One click on a selected square displays particular record(s), including their source(s).