A lichen with dark brown, soon convex, sometimes even clustered apothecia on a thin grey-brown thallus. Like other representatives of the genus, it is characterised microscopically by a dark hypothecium, simple paraphyses and frequent presence of the "hypnorum-blue" pigment (K+ bluish-green granules in the hymenium). In high mountains, it may be potentially mistaken for the terricolous Lecidea berengeriana. However, the latter species has a much thicker, almost pure-white thallus and conspicuously thickened paraphyses under the microscope. Even this species may occasionally form the "hypnorum-blue" pigment (Fryday et al. 2014). From its closest relative, B. sanguineoatra, which typically overgrows mainly epiphytic bryophytes, B. hypnorum is distinguished by broader ascospores, which have a thick warted perispore and are often 1-septate (Fryday et al. 2014).

This lichen usually grows on bryophytes, plant debris or humus on calcareous soil and boulders/rocks in open habitats in the mountains. Rarely, it may pass onto wood or mossy tree bark. In the Czech Republic, B. hypnorum is known only from a few localities in the Krkonoše Mts and the Hrubý Jeseník Mts, where it occurs on calcareous substrates in corries in particular. Within central Europe, the species is abundant, for example in the limestone-rich regions of the Alps and the Carpathians. 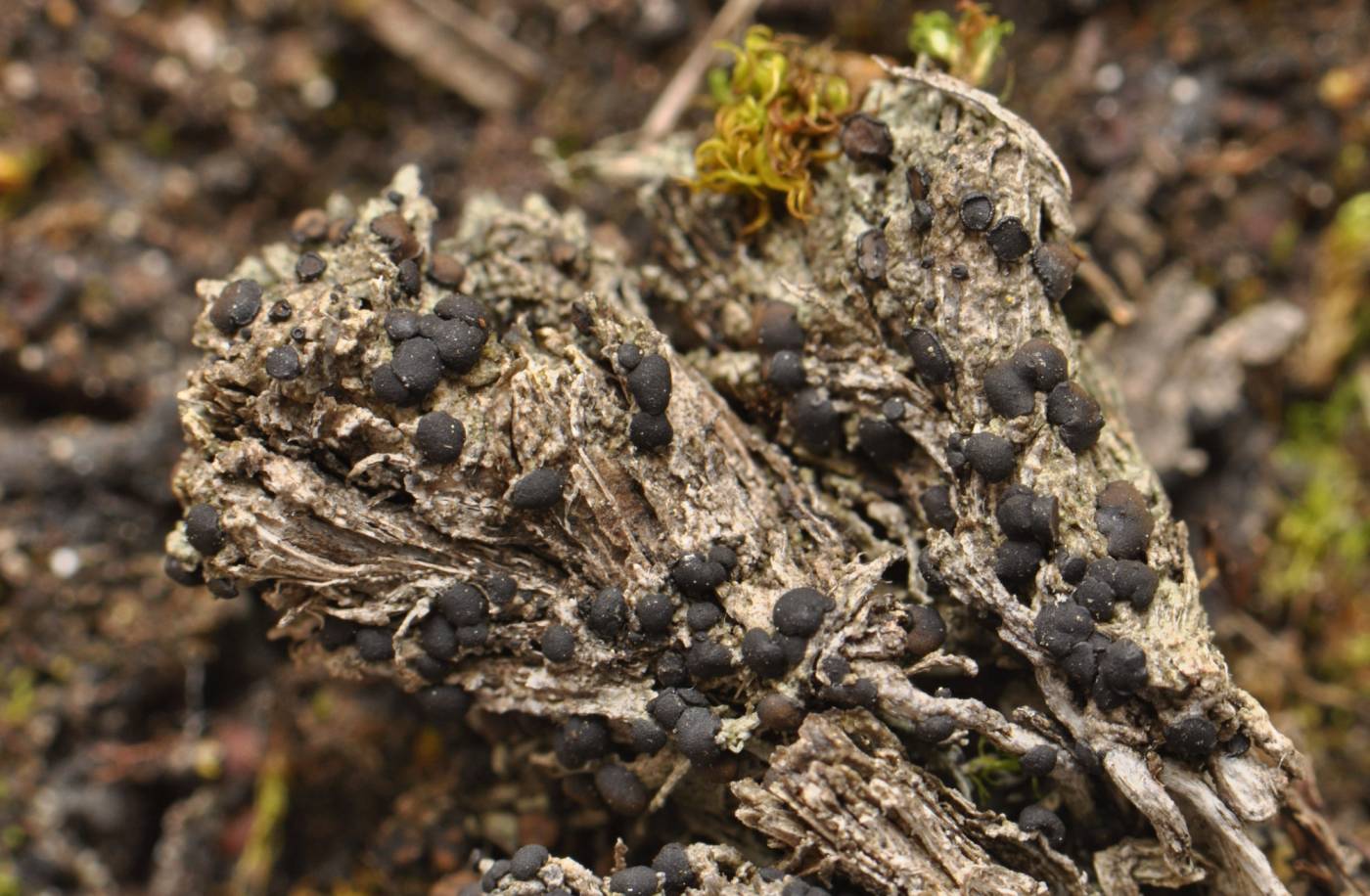 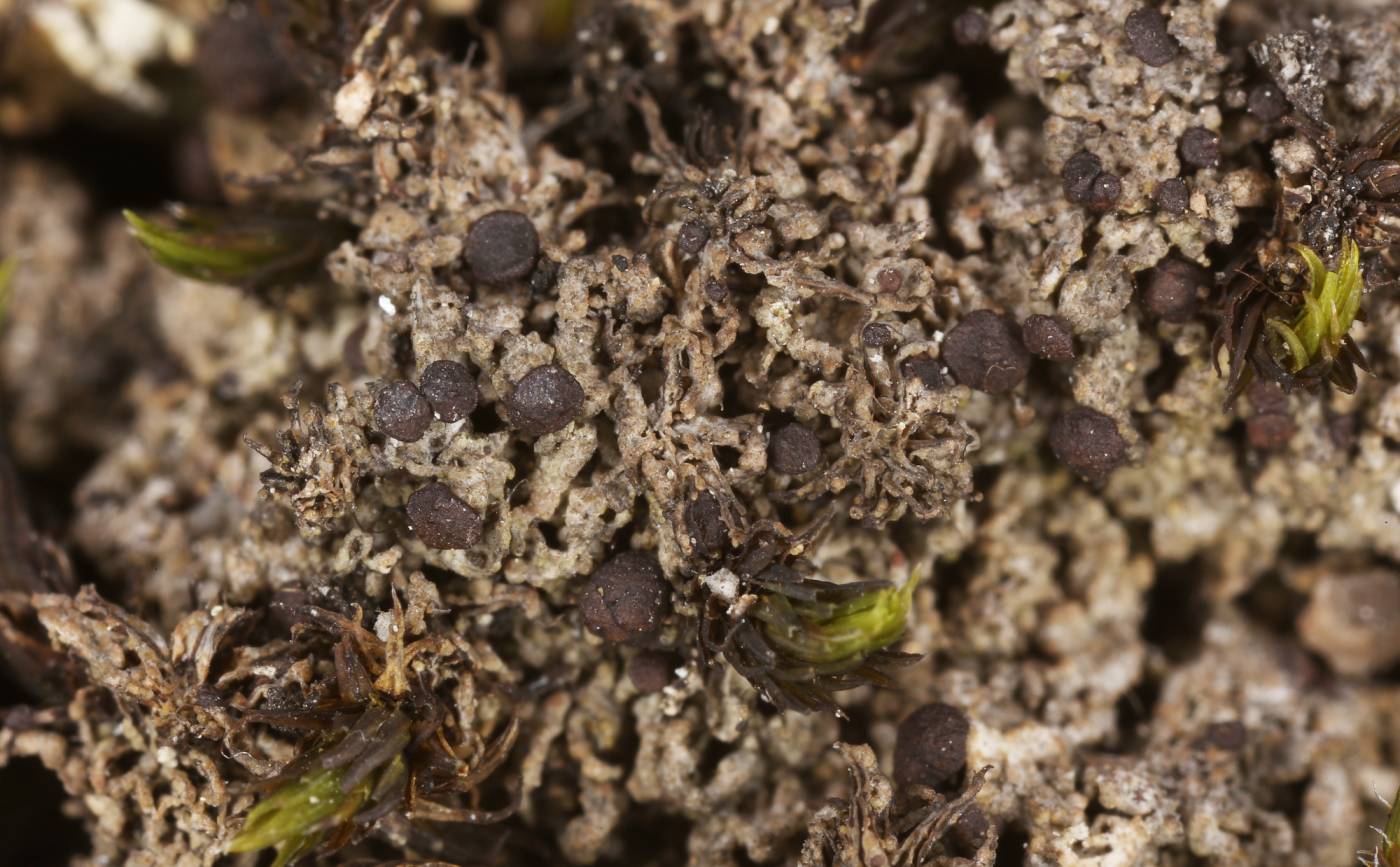 All records: 14, confirmed 5. One click on a selected square displays particular record(s), including their source(s).