Besides G. fagicola that was, in the past, included in a separate genus Pachyphiale, Gyalecta truncigena is probably the most widespread and most abundant epiphytic Gyalecta species in Europe. However, in the Czech Republic, this lichen is relatively rare and, compared to the past, considerably less abundant. Its decline has probably been caused by comprehensive, anthropogenic landscape changes and substrate acidification. It morphologically and ecologically resembles G. flotowii, but these two species never occur together on one tree or in the same microhabitat. Although, in some habitat types, e.g. in scree forests, their ecology overlaps. The species G. truncigena is (or rather used to be) found mainly at lower elevations (see Vězda 1958), typically in open forests rich in oaks, where G. flotowii is usually absent. In humid, wooded areas, G. truncigena can also colonise solitary trees in alleys. Nowadays, the species is very rare in the country and individual findings come mainly from the submontane and montane zones of southern Bohemia and from the Třebíč region. 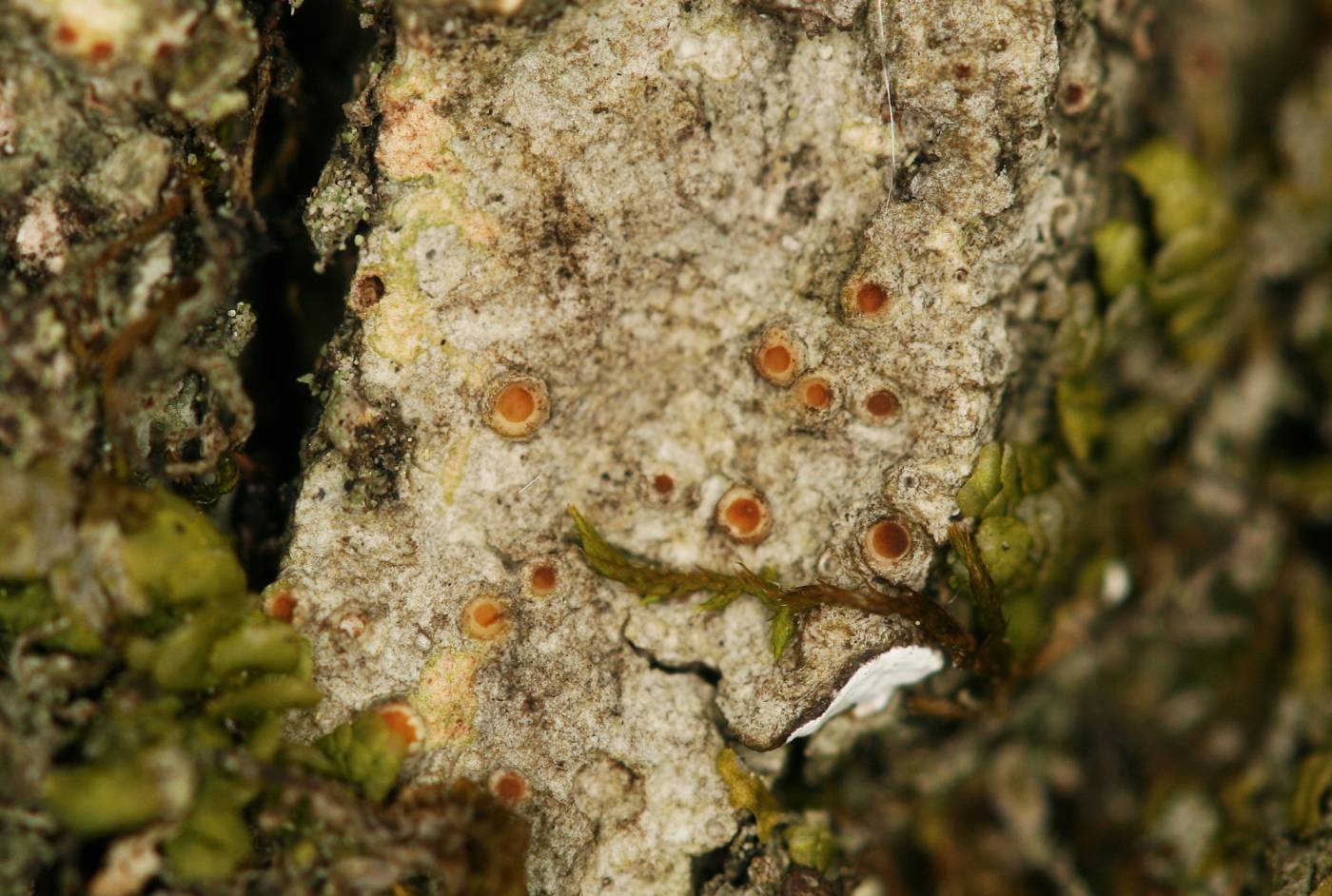 All records: 16, confirmed 16. One click on a selected square displays particular record(s), including their source(s).