A terricolous calciphilous species characteristic for xerothermic continental areas with lower total precipitation. It has a wide distribution and is also known from the southern hemisphere. It is relatively rare in Europe, in some large areas even completely absent, e.g. in the western oceanic part of Europe. On the other hand, the lichen occurs at any elevations, even in hight mountains above the upper tree line. It can be found, for example, in continental mountain areas of the Norway (Oppland province) and in the eastern Alps.

For its unique morphology, the species was included in the monotypic genus Solorinella in the past. The name is derived from the star-shaped fruiting bodies (with a lap-cracked margin). In the Czech Republic, the species was studied by Suza (1936a,b), who considered it an important phytogeographical element, typical for Central European continental steppe exclaves. He pointed out its association with loess areas, where most of the Czech reports come from. Historically, the species is known only from warm areas of the country, from two localities in the České středohoří highlands and dozens of localities in southern and central Moravia. It grows on exposed loess and clay soils. Repeatedly, it has been collected in vineyards as well. Gyalidea asteriscus was last recorded on a loess wall in the valley of the Jihlavka River (Vězda 1973). The species occurrence in the country has not been confirmed lately. Possibly, it could have declined due to habitat eutrophication and intense farming, e.g. in vineyards. However, the species may still be present in suitable habitats, but overlooked because of its ephemeral appearance and size. Its historical localities have not been revised yet. 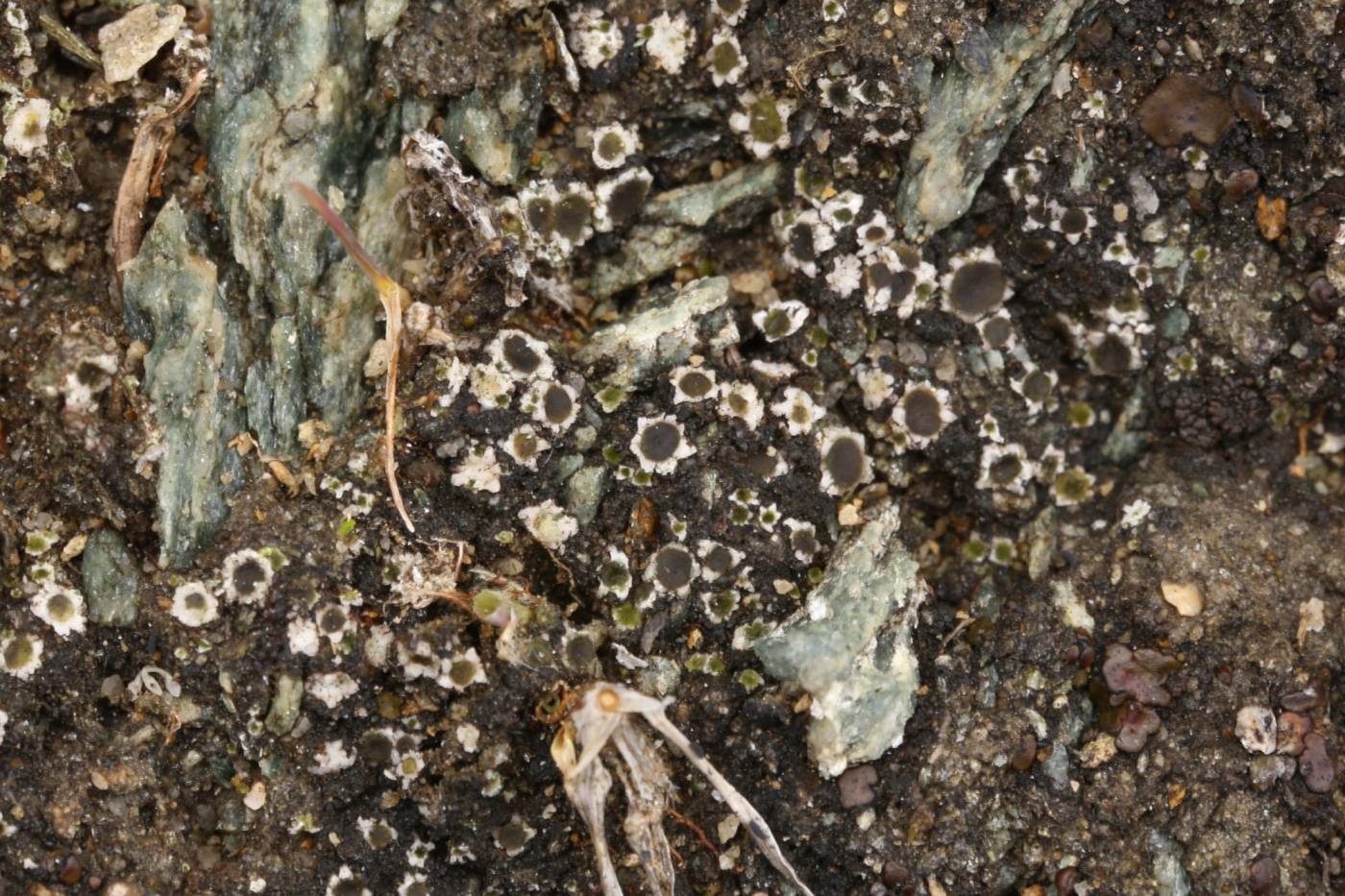 All records: 17, confirmed 17. One click on a selected square displays particular record(s), including their source(s).