Japewia subaurifera usually occurs in a sterile stage. It is characterised by brown soralia that turn markedly gold after being exposed thanks to the content of substances from the secalonic acid complex. Soralia are often UV+ bluish due to lobaric acid. The species was first reported from the Czech Republic by the end of the 1990s, less than ten years after it was described (Palice 1999). Most often, the species grows on spruce bark and wood, commonly on snags and stumps, in natural mountain forests. Less often, it is recorded on other wooden plants with acidic bark. The lichen is a typical boreal-montane element, relatively common in mountains, especially in the Šumava Mts. Interestingly it has been found also in cold sandstone ravines in oceanic part of the České Švýcarsko National Park. Its massive occurrence there was first reported at the beginning of the 21th century. Japewia subaurifera was a locally dominant epiphyte on a variety of deciduous trees along forest tracks at that time, including trees with a naturally subneutral bark acidified by acid rain in the 20th century, such as Acer platanoides and Fraxinus spp. (Palice et al. 2007). Nowadays, the species is markedly less abundant there, occurring usually in forests in mosaic between other crustose lichens. Surprisingly, it has been rarely reported from central Europe; perhaps it is partially overlooked. 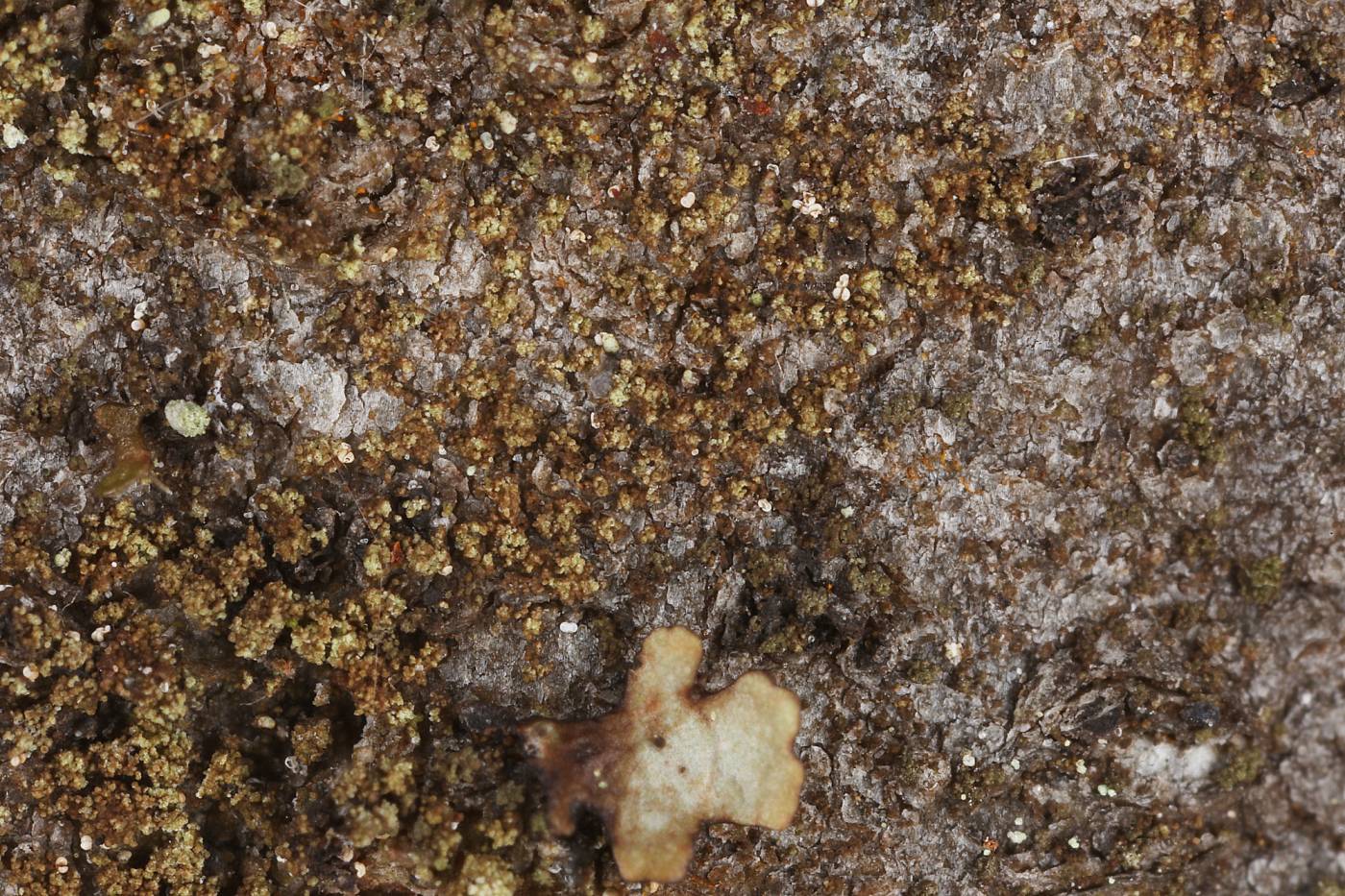 All records: 55, confirmed 53. One click on a selected square displays particular record(s), including their source(s).