A very common but inconspicuous species, usually occurring in the pycnidial stage. Pycnidia are characterised by usually pointed apices, from which often protrudes a thin, beaded, strangulated filament composed of a series of conidia pasted together. In fertile specimens, pycnidia may be completely absent.

It is a cosmopolitan ubiquitous species, known from a variety of organic substrates (bark, wood, bryophytes, plant debris), and exceptionally it is also reported from rocks or bones (Coppins et al. 2009). In Europe, Anisomeridium polypori is widespread, mainly in zones with temperate to subtropical climate, but extends far north into the boreal zone. It is most frequently found in deciduous and mixed forests, usually on shaded bark of various deciduous trees, often in habitats with higher humidity, e.g. around watercourses. Apparently, it avoids very acidic substrates, but tolerates or perhaps directly searches for moderately eutrophic habitats.

In Europe, its alleged massive expansion has only occurred in the last decades (Aptroot 1999) and the species was first recorded in the Czech Republic in the 1990s (Palice 1999). Since then, it has been commonly found throughout the country. Speculations about its introduction from North America (Poelt & Türk 1994) are most probably incorrect, as supported by its relatively abundant occurrence in the best-preserved forests of central Europe, which are generally very poor in recently spreading lichens. Moreover, in these forests A. polypori forms perithecia, which may theoretically indicate its ecological optimum. 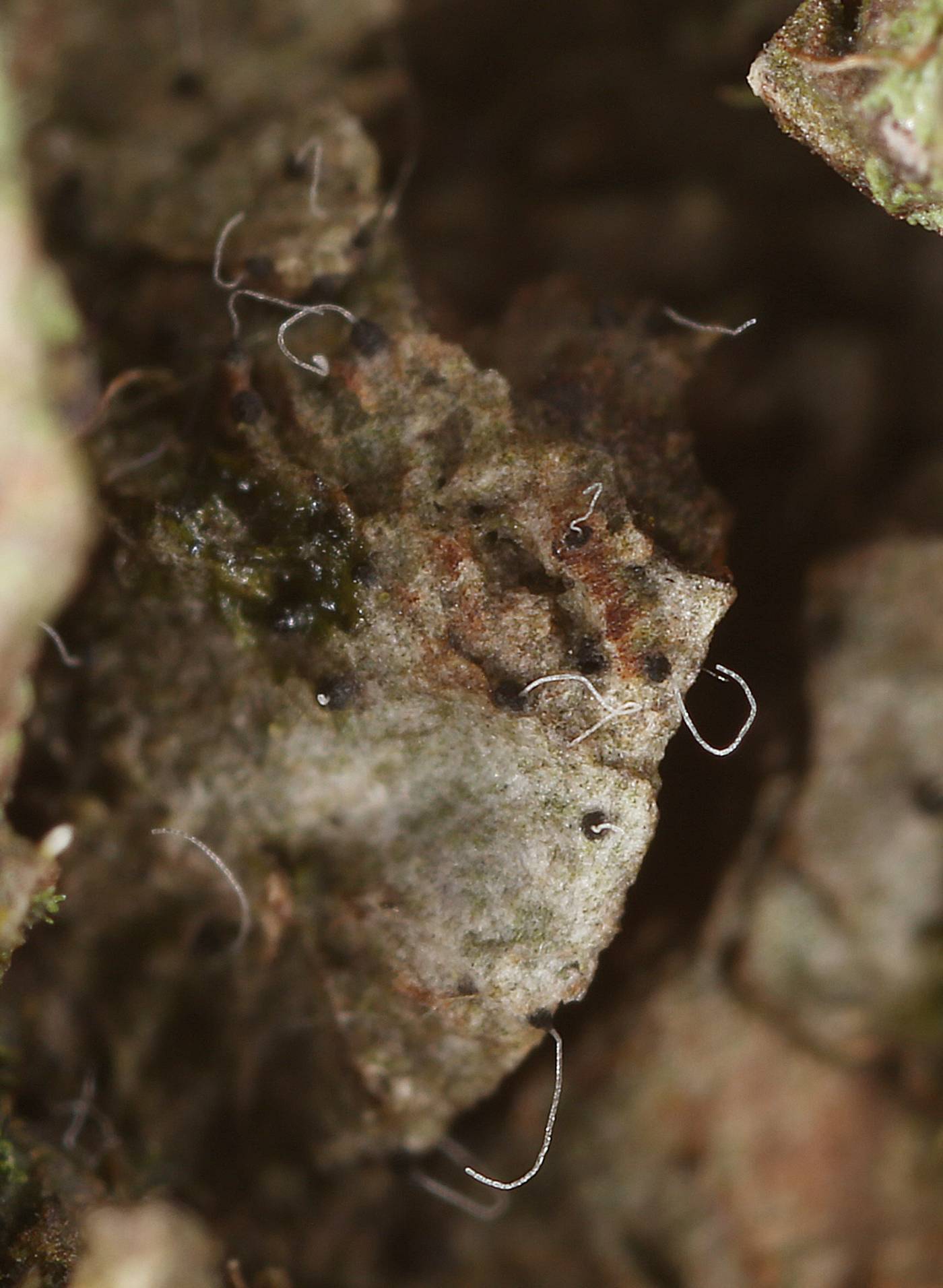 All records: 924, confirmed 497. One click on a selected square displays particular record(s), including their source(s).