A relatively common but partly overlooked ephemeral species, which was morphologically, anatomically, ecologically and chronologically described under the genus name Gloeolecta (Vězda 1966). In the field, it can easily be located thanks to the faded necrotic stain, sometimes several centimetres in diameter. The immersed, pale, globular, crater-like fruiting bodies may be seen after a detail look under a magnifying lens. An alga from the genus Gloeocystis, not known from any other lichen’s taxa except for the South American C. simillis, is thought to be the symbiotic partner (Vězda 1966). Possibly, C. gloeocapsa may be a parasite because its closest relatives are wood saprophytes.

The species is usually a member of pioneer communities in rather wet habitats on recently exposed, both organic and inorganic acidic substrates, often of semi-anthropogenic origin (sand pits, quarries, path margins), and also in naturally disturbed habitats (wind-blown trees, eroding watercourse benches after floods, etc.). Cryptodiscus gloeocapsa usually grows in mucous colonies of apparently not symbiotic algae. At first, it is possibly a parasite on some leafy liverworts or mosses, especially on sandy soil, hummus, acidic stones, and rarely even on wet wood or bark. 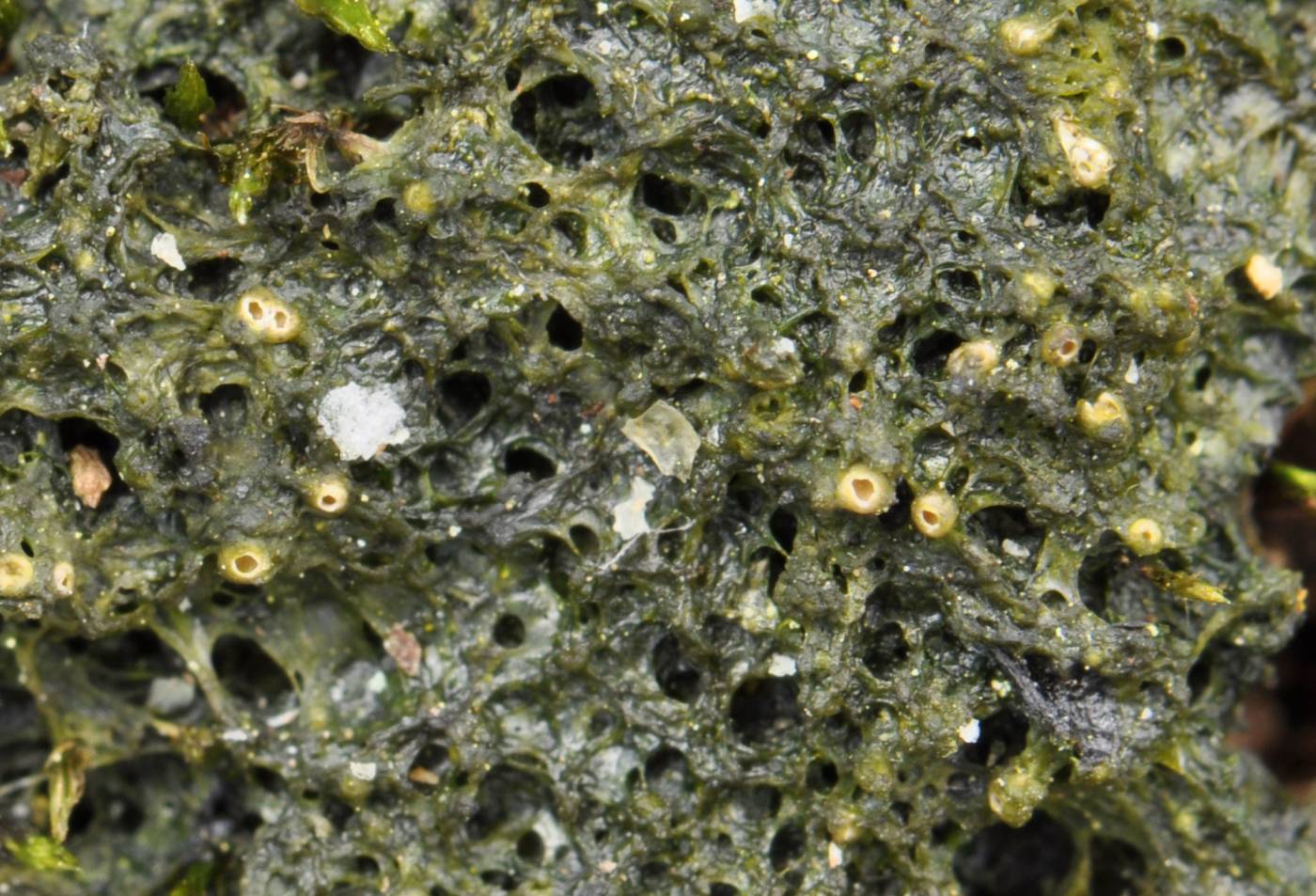 All records: 25, confirmed 16. One click on a selected square displays particular record(s), including their source(s).