A lichen with a light grey to white crustose thallus and conspicuous, black, white-bordered pycnidia. Apothecia, if occasionally present, are white-pruinose. The species occurs epiphytically, mainly on bark of old deciduous trees (such as oaks, ashes, hornbeams, limes) in floodplain forests, scree forests and in oak-hornbeam forests. The lichen is locally common in Europe and may be found together with the related sorediate I. sorediatum. In the Czech Republic, I. byssaceum was collected in 19. century (see Vězda & Liška 1999) and later after the year 2000 (Malíček et al. 2014). In the country, it is a rare species of well-preserved floodplain forests. It may be locally common, such as around the confluence of the rivers Morava and Dyje and in the valley of the Vltava River, where it grows in a few-kilometres long section near Hluboká nad Vltavou. From most other localities, only single records are known. 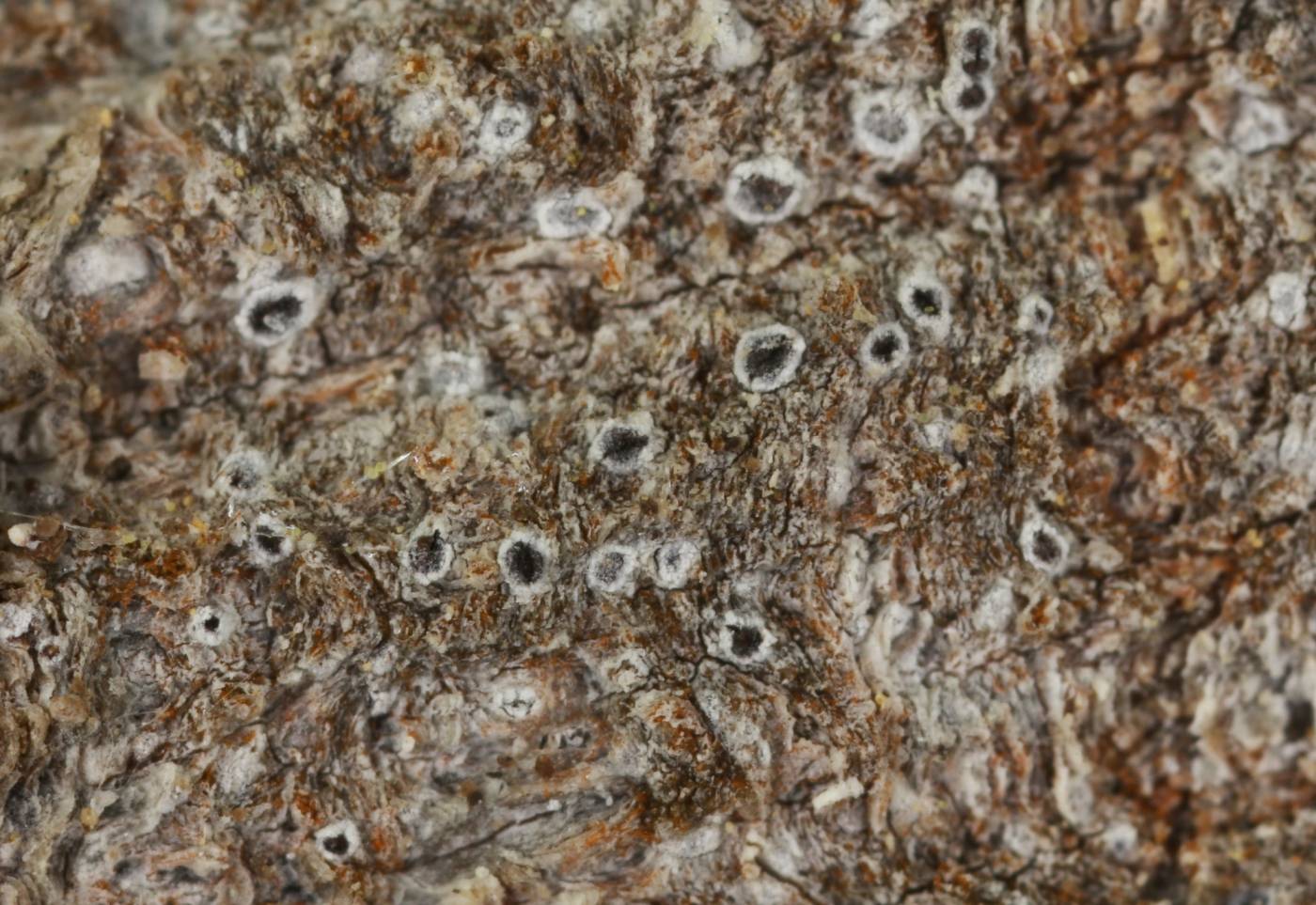 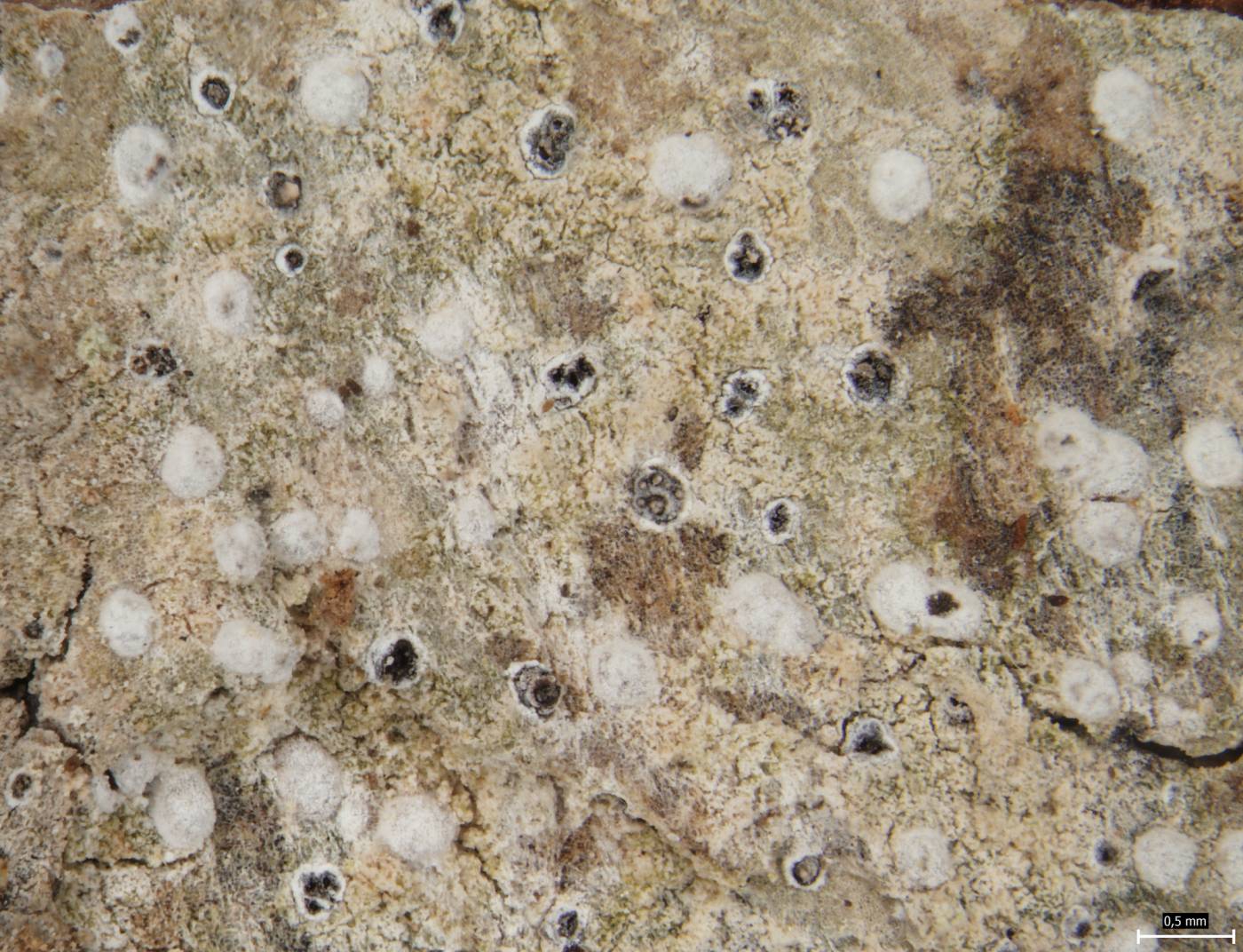 All records: 24, confirmed 24. One click on a selected square displays particular record(s), including their source(s).