A species characterised by a thick, often pustulate light thallus, by usually yellowish soralia, and by the content of gyrophoric acid (C+ red). However, thanks to its large variability, it can be confused with other members of the genus or even with other lichen genera. Confirmation by TLC is key, since O. androgyna contains specific substances called androgyna-unknowns (Tønsberg 1992, Kukwa 2011). By their presence, the species differs from the morphologically similar O. bahusiensis and O. mahluensis which were often grouped in a broadly defined taxon O. androgyna in the past (for example Tønsberg 1992). In this atlas, there is a group O. androgyna agg. set up for the mentioned trio.

Ochrolechia androgyna is an acidophilous lichen, usually growing on a bark of deciduous trees or conifers. Often, it also passes onto epiphytic bryophytes, seldomly even on other substrates. It is one of the boreal-mountain species. In central Europe, it is common in well-preserved mountain forests. 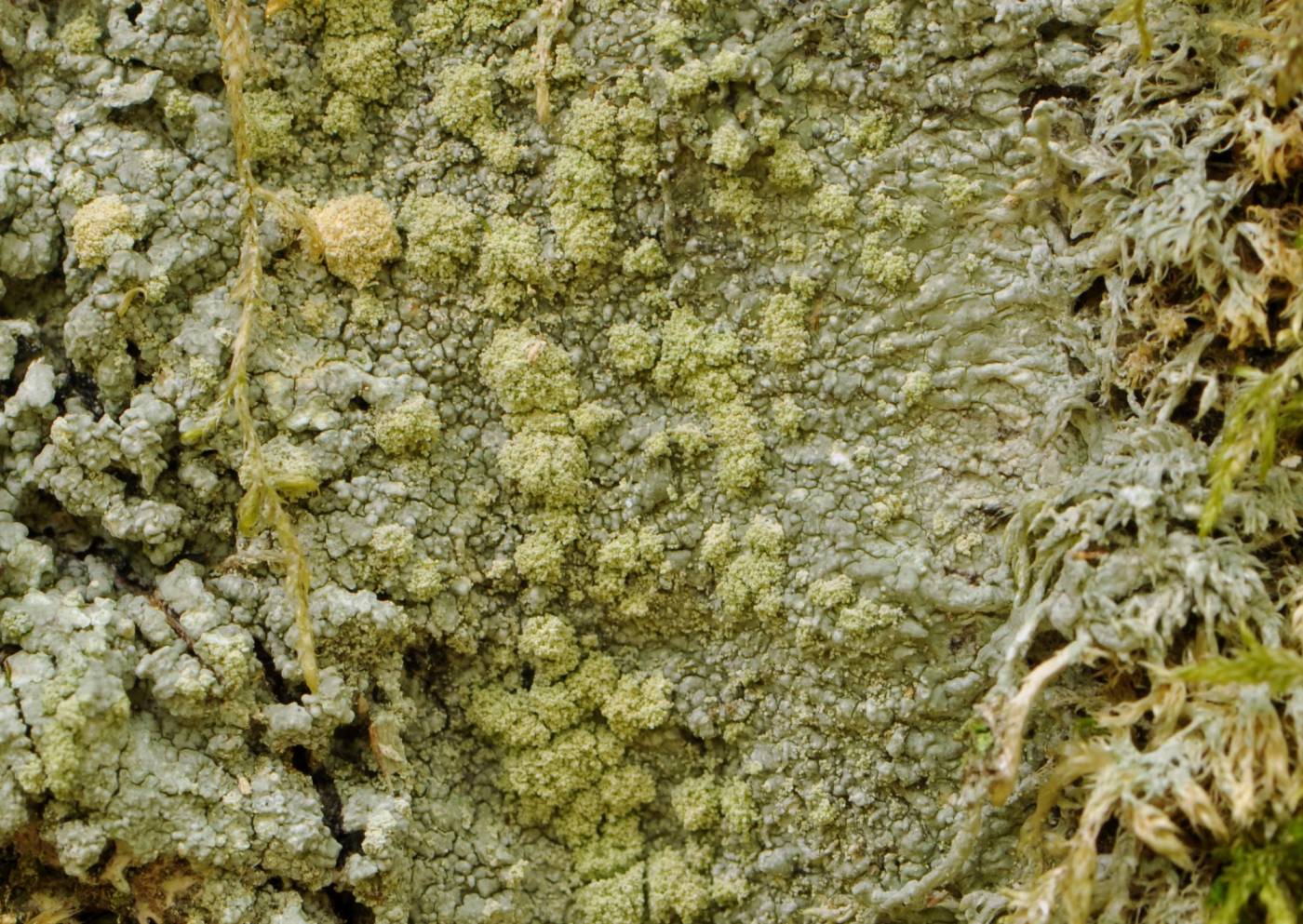 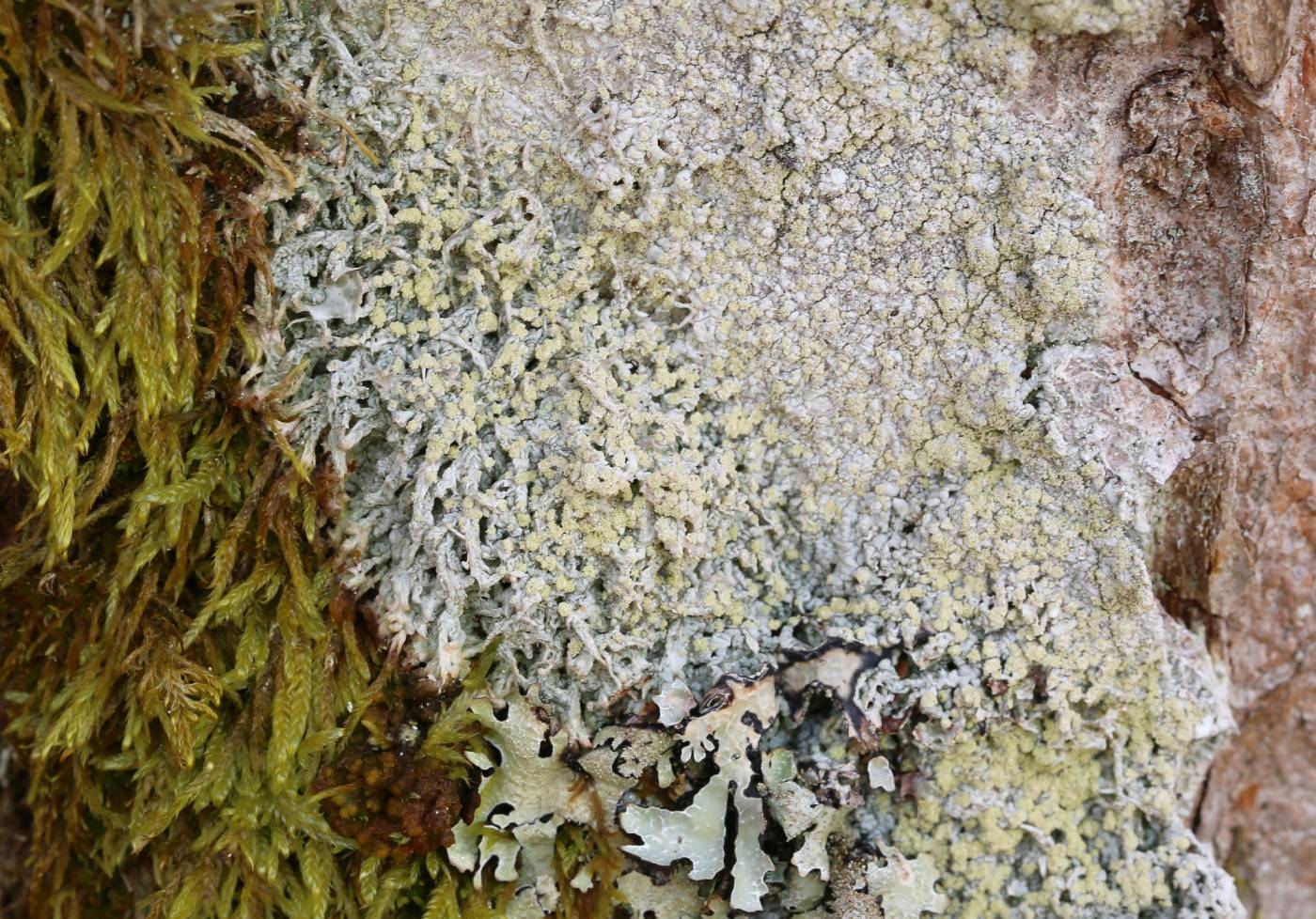 All records: 126, confirmed 126. One click on a selected square displays particular record(s), including their source(s).