This Peltigera is typical by its smooth lobe surface, dark veins and fasciculate rhizines. It may be easily distinguished from the habitually similar P. horizontalis by its “nail-like” apothecia. However, the identification of young or less-developed thalli without fruiting bodies may be problematic. In these cases, TLC may be used since the two species differ in the composition of terpenoids.

Peltigera polydactylon grows on acidic and basic soils, tree bases and mossy rocks in both forest and open habitats. It is widespread in the temperate and boreal zone of the northern hemisphere. In the Czech Republic, the lichen occurs sparsely to rarely at any elevations, but it is almost absent from northern part of the country. Although there are tens of recent records, alike P. horizontalis, the species markedly declined in the last century due to various anthropogenic factors (Liška et al. 2006). 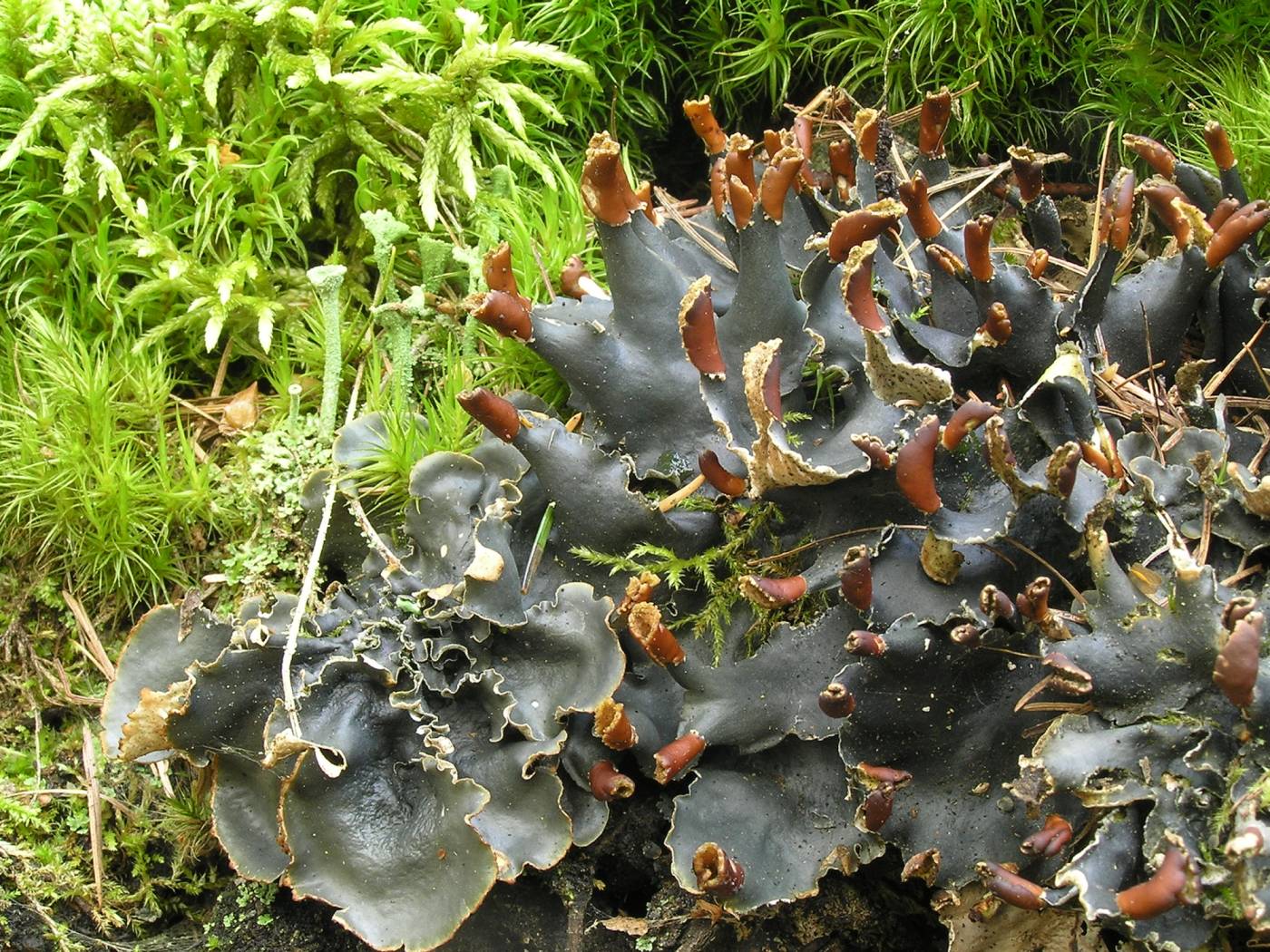 All records: 64, confirmed 37. One click on a selected square displays particular record(s), including their source(s).